It is a cultural tradition in Hawaii to celebrate a baby's first birthday with as much rejoice as possible. To be there in person, I must drive 9 hours southbound on the haul road from the North Slope to Fairbanks, then fly roughly 5,000 miles from Alaska to Toronto, Canada. This trip crosses over four time zones and by going south, I re-enter the land of nighttime. On May 24th, the sun will rise here and it won't set until around July 17th. Even right now I cannot see stars at 1 AM since it remains twilight throughout the night.

Two days before I departed the station I made Canadian butter tarts for the first time. It's the sweetest delicacy of Canada, definitely worth a taste if you ever get a chance. I made them using a simple pie crust and focused on keeping the butter and water ice cold while preparing the dough, and the result was a super flaky crust. The filling is made of butter, touch of brown sugar, maple syrup, egg and nuts, if you wish. 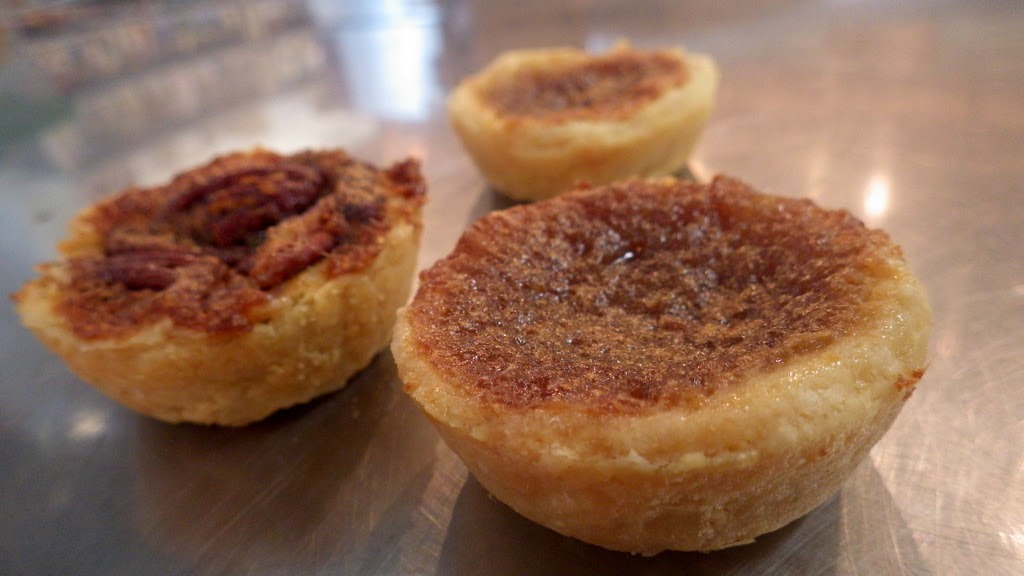 The day of departure there was a fog bow. 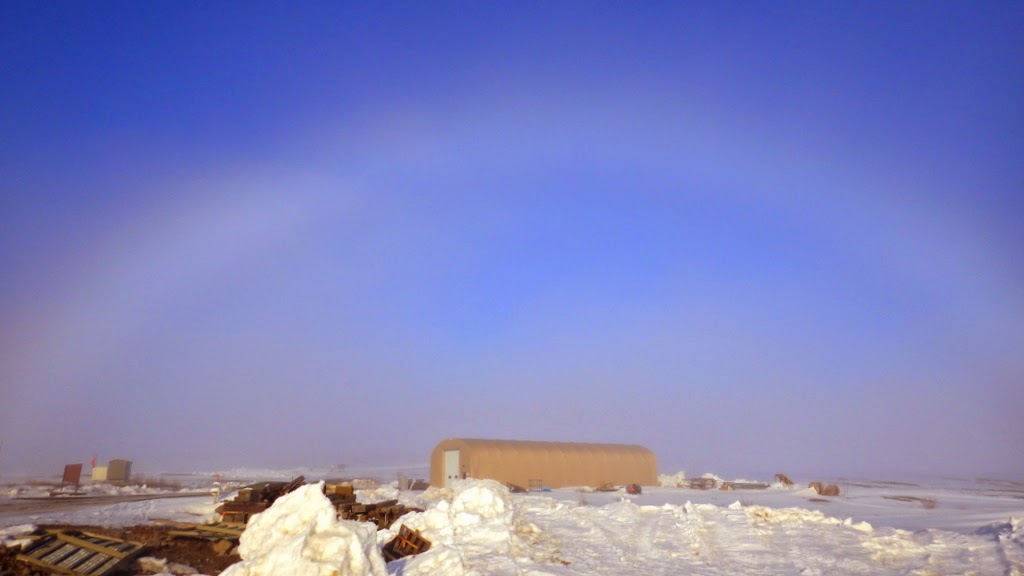 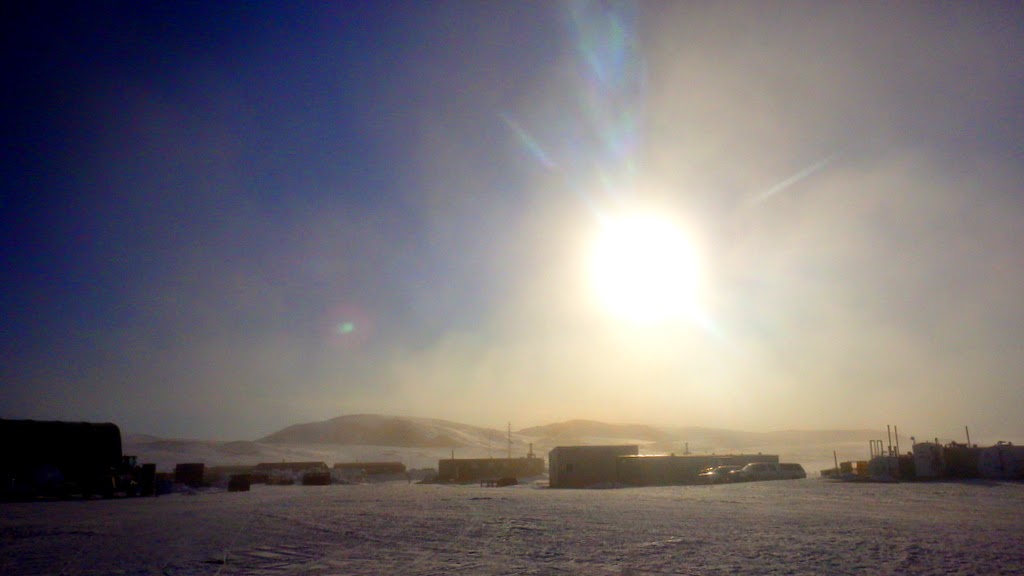 Before jumping on the truck I quickly moved everything into my new bedroom so I have a cozy Arctic bungalow to return home to. 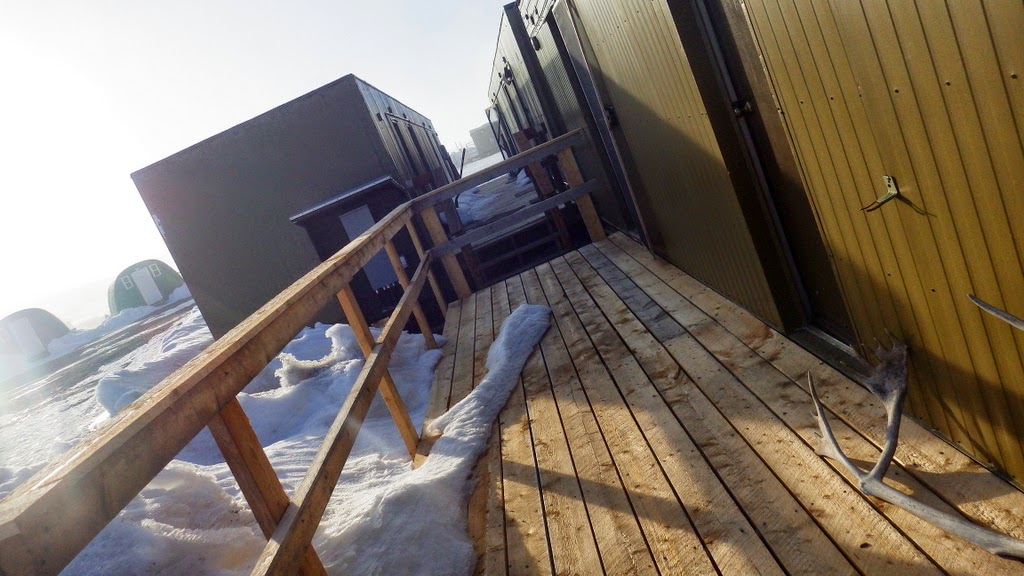 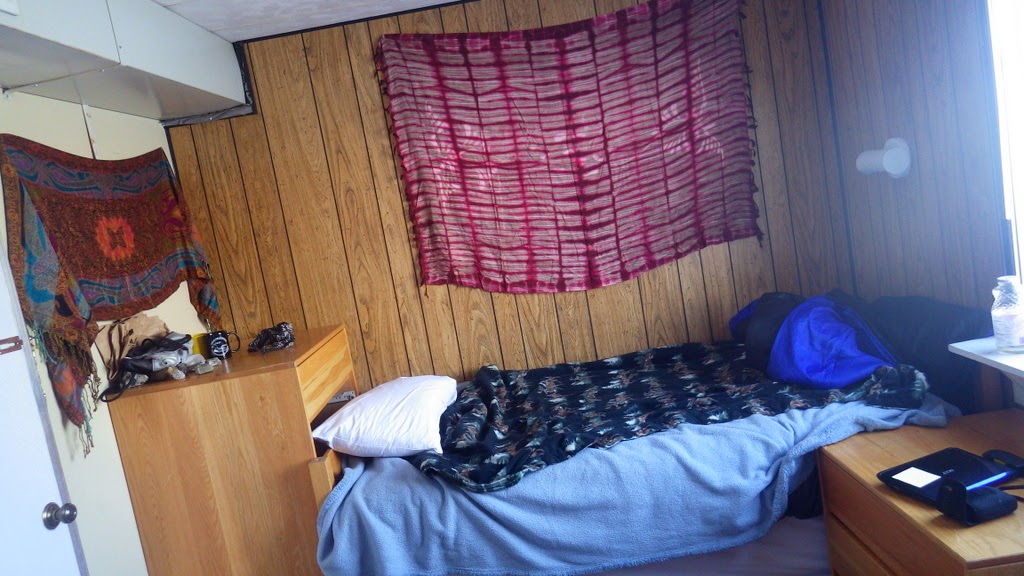 When I left last week there was still a nice blanket of snow on the ground. 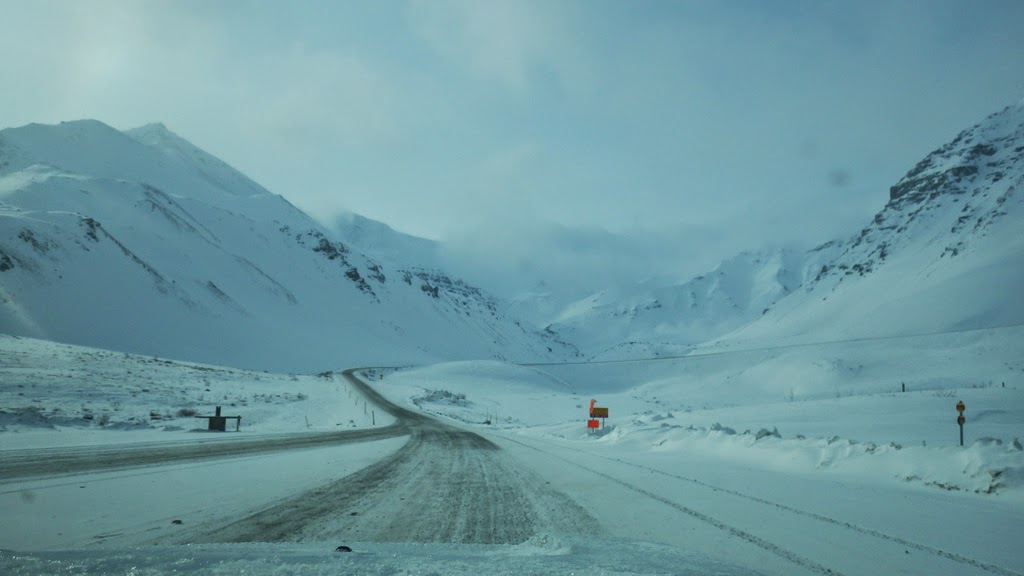 Driving up the Atigun Pass was icy. Truckers on the CB talked about tire chains and a guy who wiped out on the pass a few days prior. 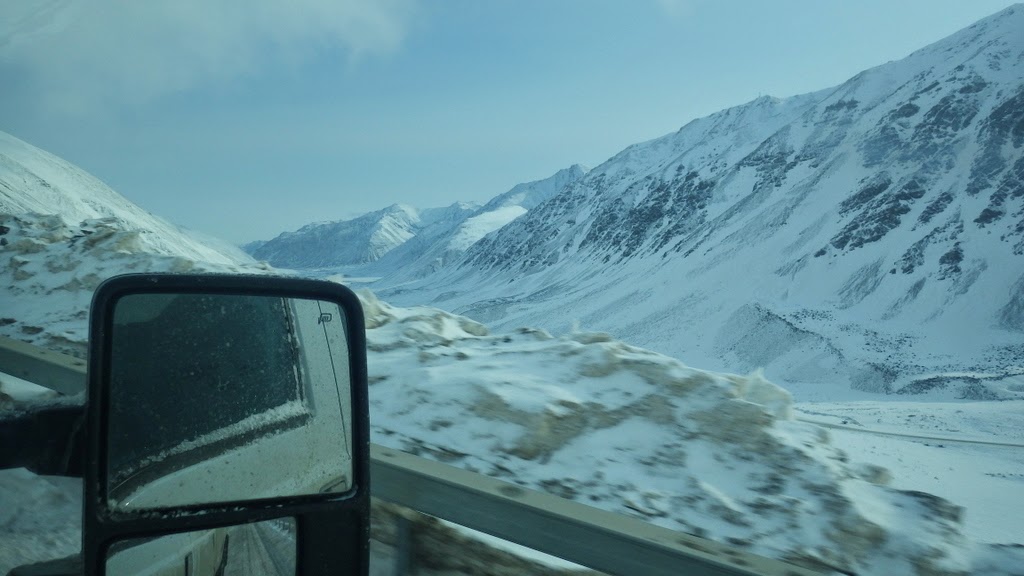 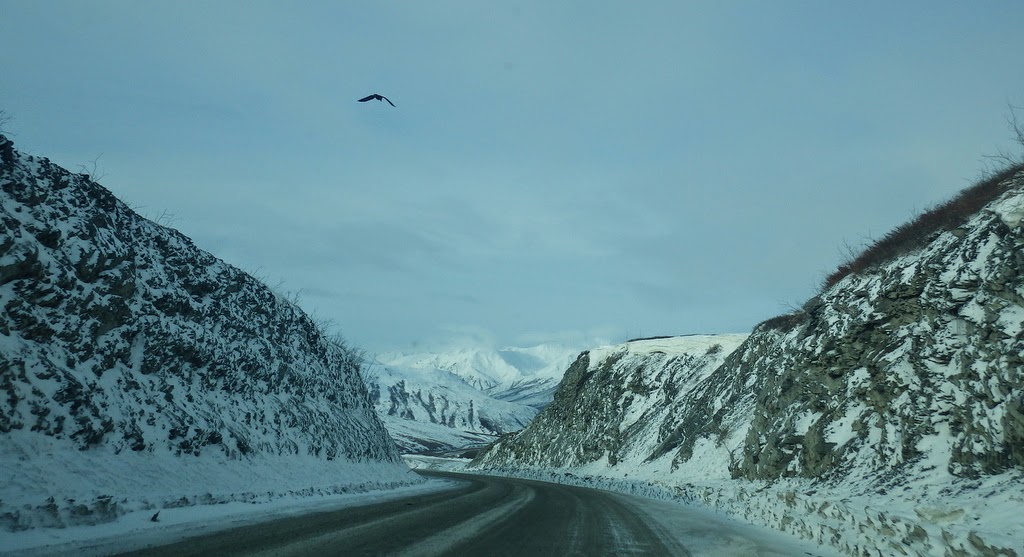 The further south, the less snow, and more trees. 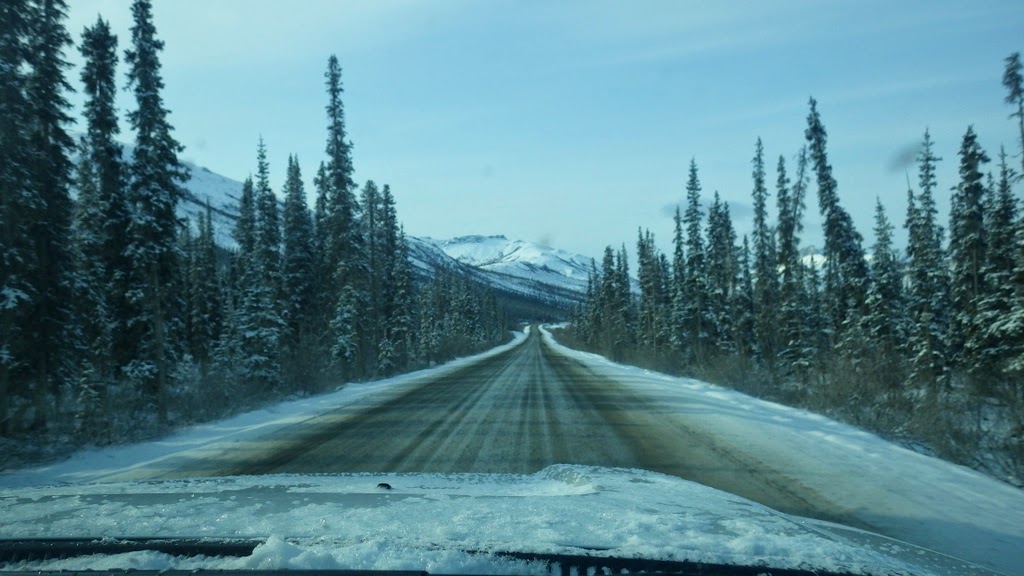 Pit stop at the Yukon river.

From there I was dropped off at the Fairbanks airport and made way to Canada with a few layovers. I am so used to flying that I hardly even know what airport I land at nowadays, all the big ones kind of look the same and the food is pretty much similar. Here's one unique food find... the picture below shows bananas, apples and oranges packed for individual sale. When I saw this my heart stopped. Is this what 'natural' food has come to? At every airport I try very hard to find one piece of organic hand fruit or vegetable, and you'd be shocked as to how unavailable those things are. I mean, if we took out half the candy on the shelves and replaced it with healthy, organic options... would people not grow accustomed to eating them more often? If I have to run through every terminal looking for a healthy bite, and find none, well, I guess I will just have to pack my own for now on. If airports open up the doors to local, organic produce then the market for those products would grow and support the farmers, and support human health. 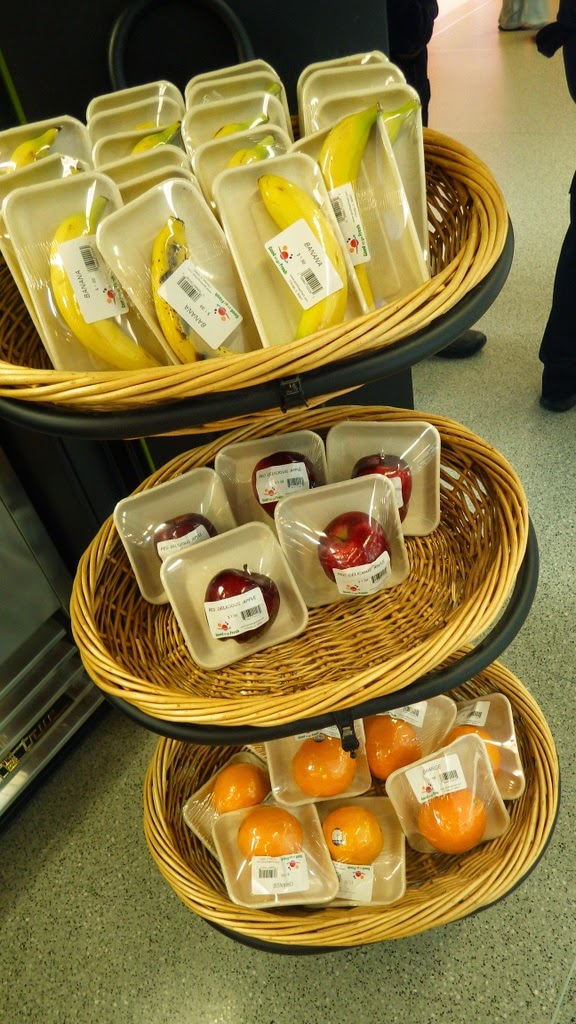 Shortly after my heart stopped it starting beating again after reading a sign saying 'airport garden on floor 2'. Oddly though, the garden was tucked away upstairs away from the busy halls and nestled next to a private airport lounge. I was afraid that if I touched one of the chard leaves that alarms would go off and the TSA would be all over me. Stinks we can't eat what's being grown. The garden was all alone, but standing proud given that it's the only green and living within the airport. Well, it's a start... now let's fill the hallways with gardens and turn the walls green. Help us offset the emissions associated with air travel. One day. 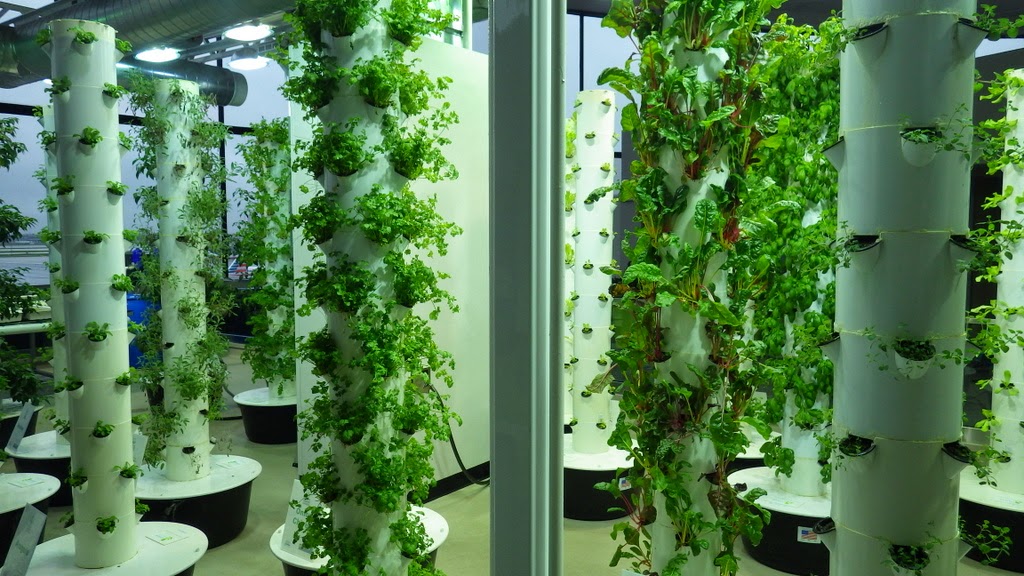 Time and space warp. 20 hours later after my encounter with the airport garden. In a backyard in Hamilton, Ontario eating yarrow with the little one. Being a father has really slowed me down on the inside and brought me back to Earth. It's the little things in life that are most important. And, by little things, I mean clean air, clean water, clean soil, fresh and healthy food, dreaming, love, good sleep, respect and giving thanks. They live in a concrete jungle, and I live in an Arctic wilderness.
And... I'm off again. Back to the Arctic for round 2. Goodbye city, Aloha wild. 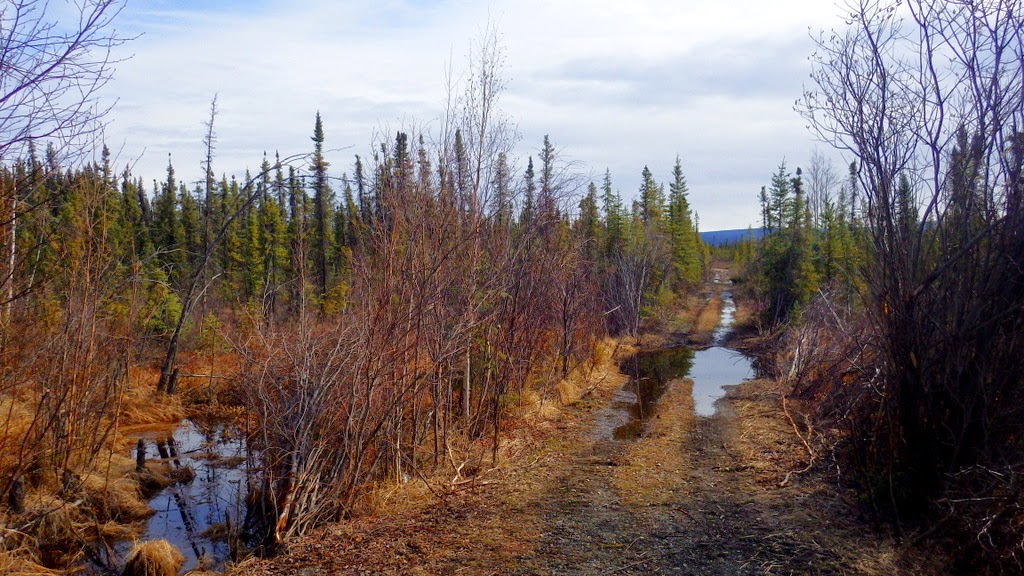 On the way up I noticed tremendous snow melt. The Yukon river ice is over half melted. The snow on the low lying mountains is gone. Everything is turning brown and green. 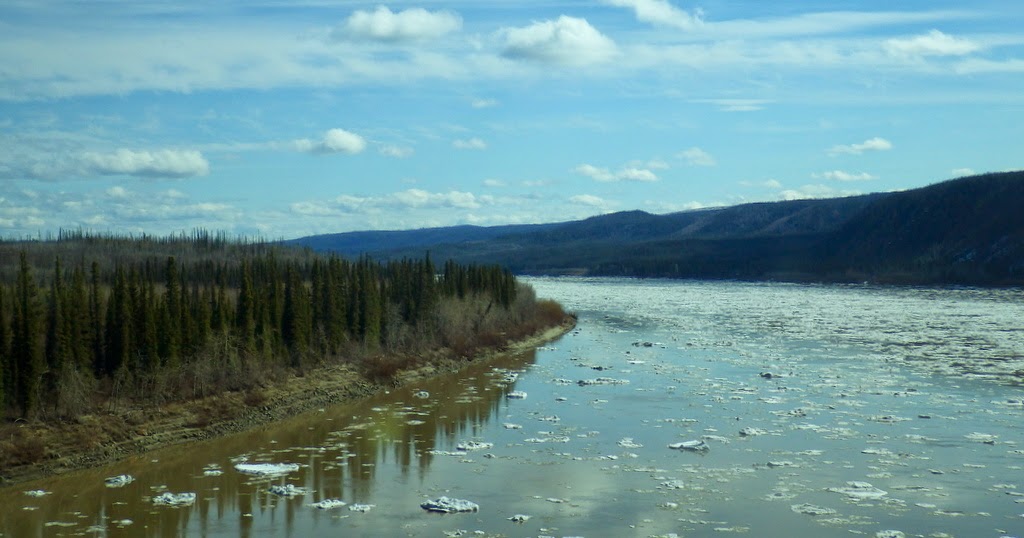 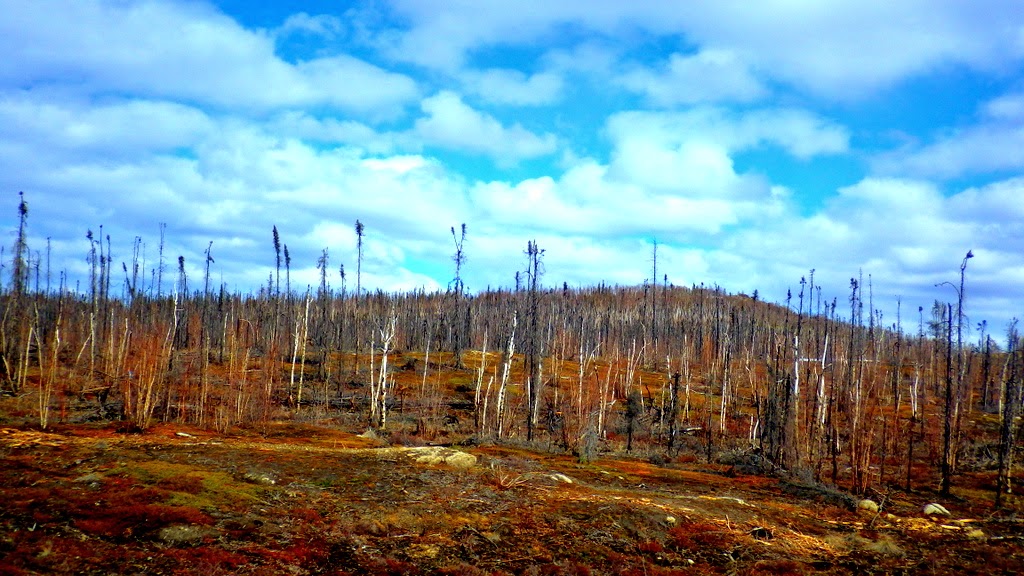 Back up the Atigun Pass going north. No snow on the roads, but still plenty of snow on the slopes. Everyone was talking about how crazy quick the snow has melted this year. Last year there was snow up until the very end of May and I remember it snowing on June 7th of 2011. I wonder how the wildfires will be this year? 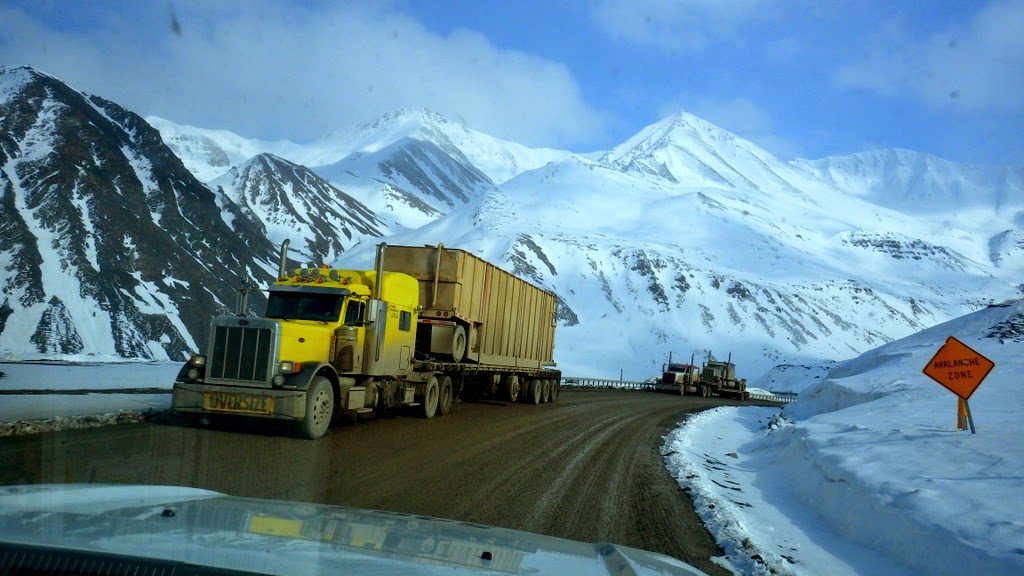 Shucks, they took down the community room next to the dining hall and put up more tables. Guess that means there's more people to feed. 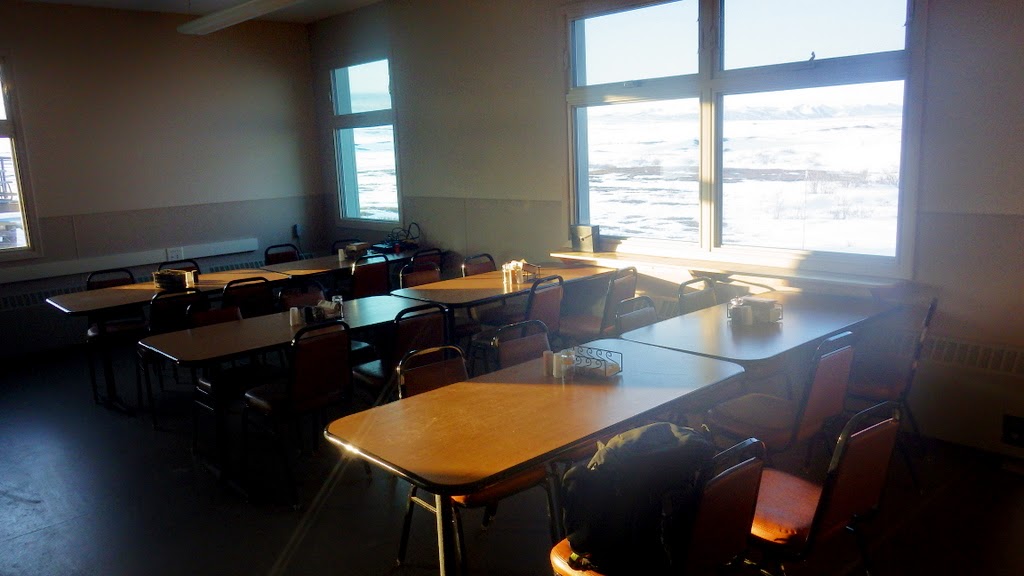 Today was fun being back in the kitchen. I tweaked Farmer Phil's recipe from Hawaii of a pineapple eggplant pizza and turned it into a crispy breaded eggplant (crust), lathered with fresh basil pesto, loaded with caramelized tomatoes and onions and mushrooms, topped with feta cheese. 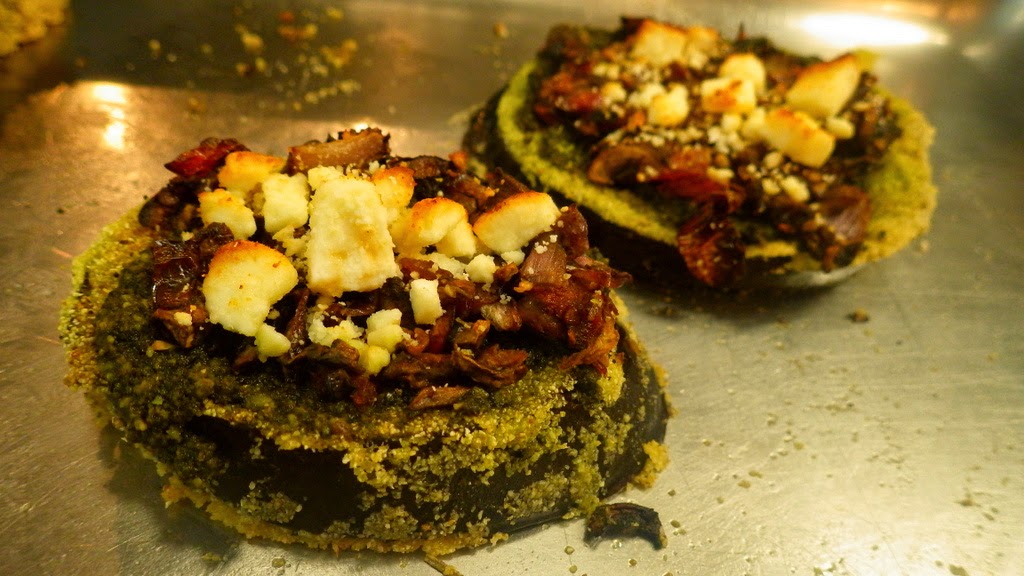 Not sure what time zone my circadian system is tuned into right now... it's either 1 AM or 9 PM, perhaps both. Whichever the case may be, tomorrow is another day...