A heads up as to where I'm going. The satellite pics were taken within the last two months and the last photo was taken by some WAISey in the past. Not sure who, but thanks, and thank you Sir Dean for delivering these pics to the WaisidE crew.

Tentatively, after our big food pull tomorrow and final snow machine training on Saturday, our first Basler should be heading 1000 miles westward to WAIS on Monday with a small crew. I'm supposed to fly in now on Friday on a LC-130/Herc with the bulk of our put-in goods.

A forewarning - as you can see from the pics below - internet in an ice dessert at the bottom of the world is essentialy impossible. We will have some text email and iridium satellite phone, but beyond that, there won't much, if any, regular net access until I leave in mid-February. This blog will be put on hold and I can be reached at codyleemeyer@gmail.com 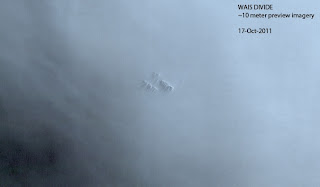 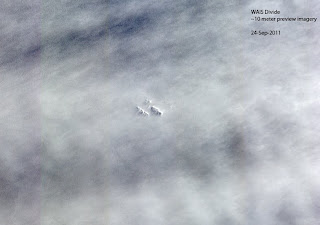 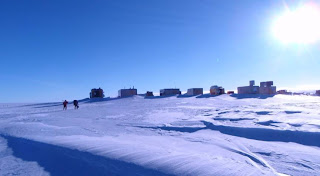