Last week I went to Deadhorse to drop off mail and passengers at the airport. Deadhorse is a town composed of oil drilling fields, trucks and box buildings, some of which are on skis. Ironically, no horses. 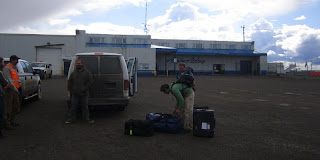 In the 'longterm parking' were a few vehicles with the tires blown out and windows shattered. I can only imagine that the Arctic winter would be the cause of this. 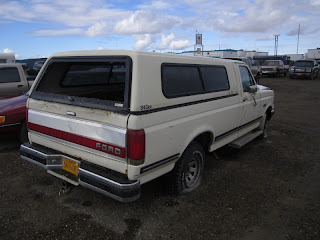 Northern Alaska is unforgiving for commuters. You'd be amazed at how many bikers there are. Every once in a while you will catch a bicyclist heading to the northern most pass on the Haul Road just to accomplish their dream of biking to the Arctic Ocean. But, you're more likely to see motorcyclists doing the run. Some make it, some don't. The guy riding this bike wiped out a few miles from our station and came to us for help. We carry several extra tires, CBs, sat phones, emergency bags, the whole Dalton kit. I've seen a tanker flipped over, cars totalled, bikes wrecked, moose hit... don't mess with the Haul Road... right Ice Truckers? 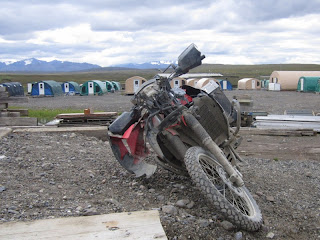 Lately it's been in the 40s and misty. Today I saw some flurries. 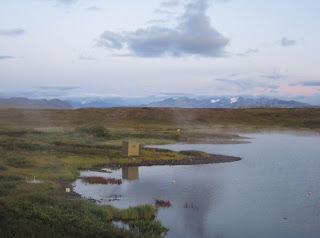 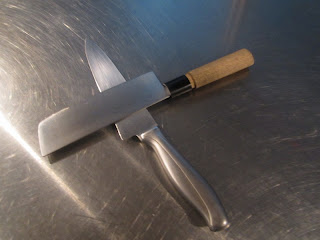 The community has been out picking bushels of blueberries in the fields adjacent to our station. I didn't realize how many blueberries there were until I looked down haha. 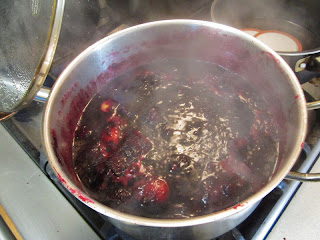 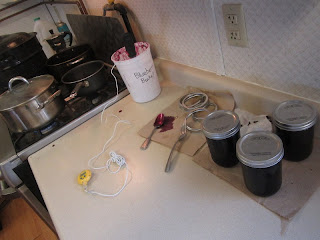 This chica was making a few jars of blueberry jam. Here she is dipping an apple in the jam. Her thoughts were that by addiing apples to the berry brew they would release pectin to help the process. After boiling we took the berry-drenched apples out and ate them. Delish. 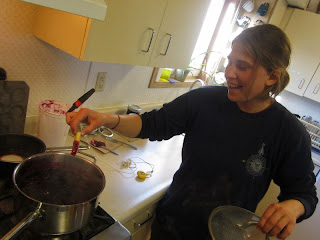 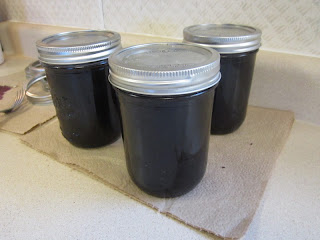 On Tuesday we got a freshies shipment in and I came across this creature while unloading the box. Romanesco brocolli. Never seen or heard of it til now. It's a limited logarithmic (Fibonacci sequence) fractal in natural 3D form; beautiful, yet too alien for me to put in my mouth. The limitations set on this brocolli fractal are due to the fact that the molecules that make up the plant are finite and the fractal cannot commence to infinity, although it may if given unlimited growth potential in an alternate planetary terrestrial environment. Since I don't want to eat it I'll just stare at it and ponder. 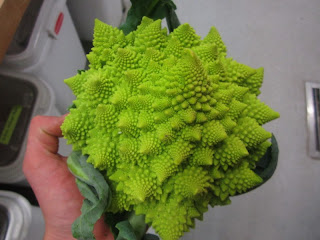 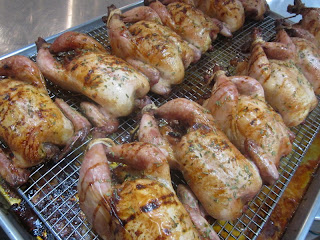 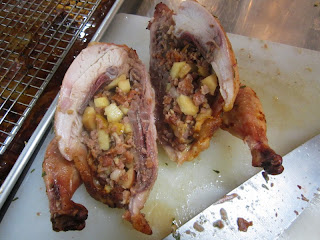 The vermins love hanging out by the burn bin. I wonder why. 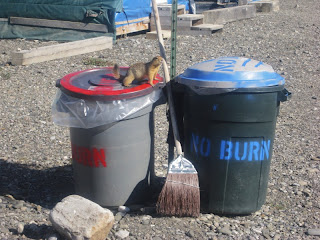 As you can see the tundra is turning red. It's fall. I was just going to say there are no leaves from trees to be fallen, but there are tiny tundra leaves. With autumn comes the snow, darkness and colds. I've been pumping myself full of ginger and spicy foods. Exercise and extra calories helps too to keep away the crud, and umm... put on a few pounds. Coca-cola cake anyone? Homemade chocolate energy bars? How about filet mignon? Thankfully, there's a gym here. 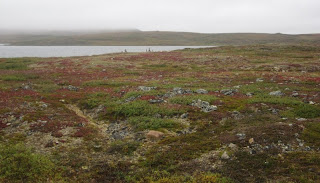 The rocks are even turning red. Weird. 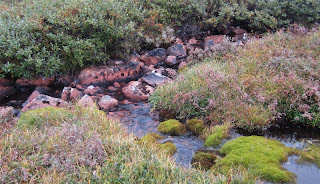 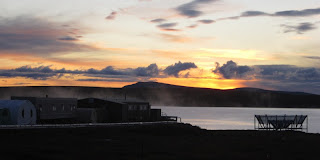 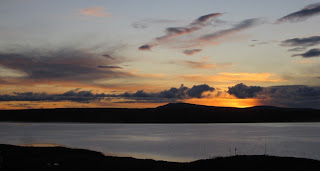 24 hours left at Toolik and then I'm heading southbound to Fairbanks where I catch a flight to Denver, CO. I have some important Antarctica business to take care of.
by Cody
Newer Post Older Post Home
codyleemeyer@gmail.com