We've hit our highest population of the season... somewhere between 130 and 150. A tad bit more work for the Toolik kitchen, but we still rockin this joint. 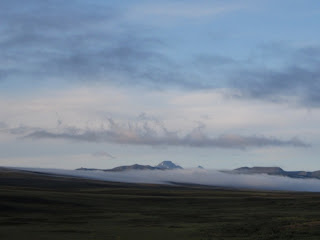 These are the thunderheads I was talking about a couple posts ago. They seem to linger at or below (s. lat) of the Brooks Range. 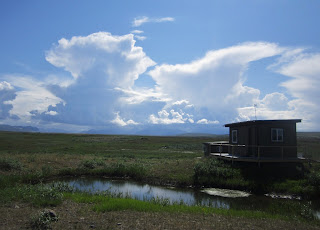 On my way to work at 5 AM. I love breakfast and I love baking. I normally don't eat breakfast and I try to keep away from the baking goods, go figure. I reckon that molecular gastronomy can play a bigger role in baking, which is why I dig it, science baby. I've baked almost all the items in my Joy of Cooking cookbook and have shortcutted all of them, which most Chefs prounce on me for, but hey, why stick to the routine... let's revolutionize the art of cooking. Sure, the majority of my cookbook recipes may have stemmed from cuisine francaise originating in the Middle Ages, but this is 2011 and our technology, transportation of goods, hence ingredients and environments are far different. Experiment with the tools at hand make sure the tastes are met. 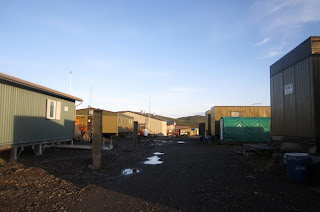 And guess what, Baker B is on break and they put me in the baking section til the middle of next week. Croissants for 150 people, oh fun. There are some food products that I've done so much it's just habit, but I always try to make it better. Last I baked tons was in Panama where it was so bloody humid and hot that anything with yeast was an instant eruption. Prior to that I was baking a bit at South Pole, which was 11,000 feet above sea level and drier than any desert. There, I had to always dowse my goods with water to keep moist and adjust everything to high-altitude baking. Complete opposite of the equator. Now, being in a neutrally semi-humid (at least until winter comes) and at sea level environment makes baking much easier. 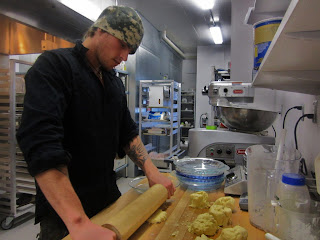 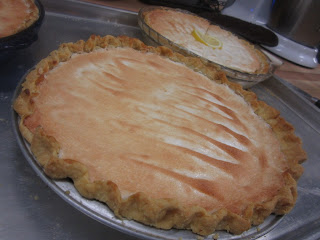 JoJo's blackberry streusel. I didn't make this one, I just ate the heck out of it. 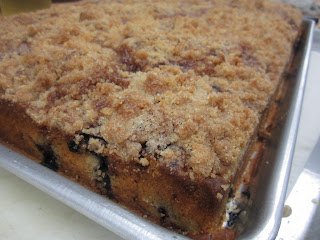 Clover leaf rolls shortcutted into butts. Instead of three dough balls, put two into a tin... after baked, it becomes a butt-shaped roll that pulls apart easily. 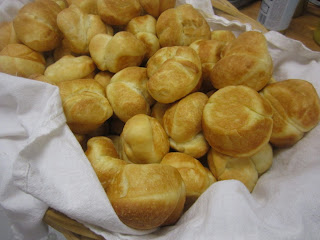 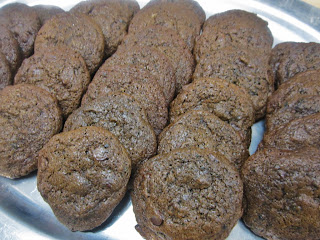 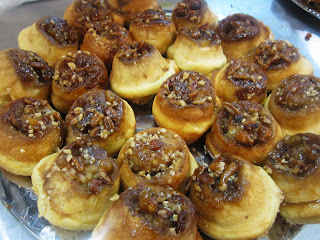 A walnut crusted pumpkin bar. Although not presented in all it's glory it was probably the best dessert I've come up with. If only I could remember exactly how I made the pumpkin filling... 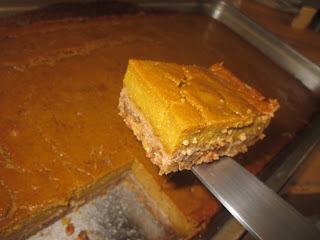 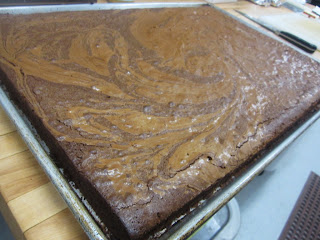 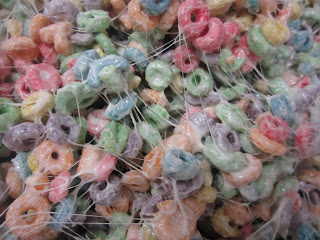 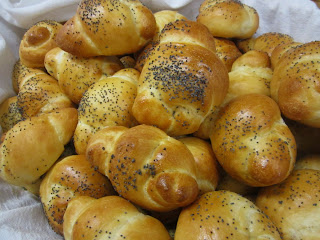 And the grand finale of tonight was the ying-yang, hurricane-shapped, chocolate and vanilla marble cheesecake. The chocolate filling resembled more of like chocolate fudge than cheesecake filling. I used primarily brown sugar and made the chocolate dense and vanilla light in texture. Had a few girls cheer me in the dining room... I guess it was good. 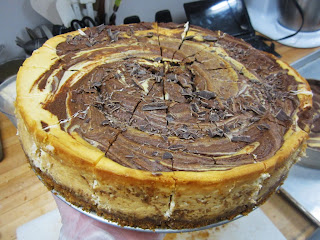 Playtime - a bike ride 2 miles northward on the Datlon on the killer OG Rent-a-bike from the bike tent. The trip is entirely uphill going north, and entirelly downhill going south. It takes about a half an hour to reach the top and no more than 3 minutes on the way back... flying at about 40 miles per an hour on the bumpiest highway in Alaska. 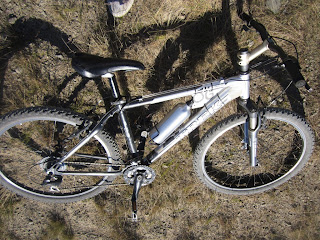 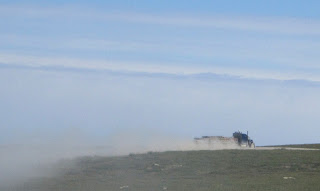 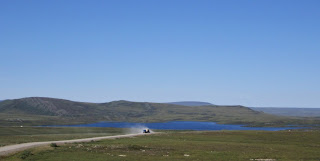 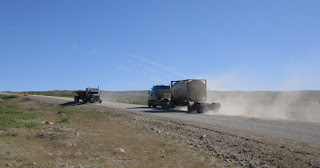 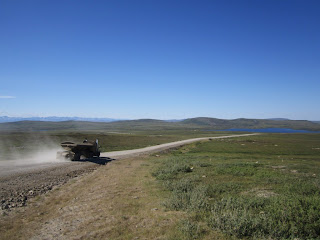 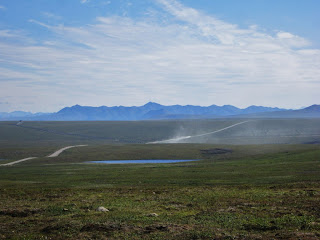 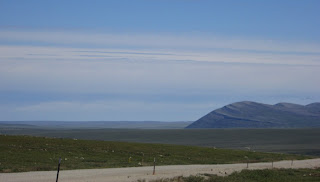