A Taste of Toolik

Social and personal, seasoned and honest < traits a cook needs to survive in polar field camps.

Unlike cooking at your local food joint every day and having the luxury to retreat from your co-workers to a cave laiden with TVs, computers, couches and more... at a field camp microenvironment you are restricted with access and privacy. You have to mold in, or will be cast out. I step softly. As the one veteran cook told me today, "you are the foreign exchange student." When I arrived I found out that there are 6 staffed women cooks and 1 male baker, an older dude who I worked with in 2008 at McMurdo Station, Antarctica. In fact, many folks here have spent time on the Ice. In fact, more than 75% of the peeps that pass through this station are women. Arctic biology appears to appeal more to women than men. I am the new male addition to the longterm, firmly set kitchen staff and I am happy to be such. After three years of applying for this job I finally got it. Testosterone is good in mild doses and I'm sure to spread my pheromones in my own subtle ways. Yang to yin, finally. Contrarily, at South Pole, we had 11 women and 36 men, and we needed some hardcore yin to the yang in that kitchen over winter. Anyways, I consider myself the nomadic, lone rider-cowboy that's just passing through to 1. cook good food for the staff and scientists 2. learn something and 3. spread that knowledge, like I'm doing right now.

Welcome to the lake in the Arctic where the squirrels are the majority. 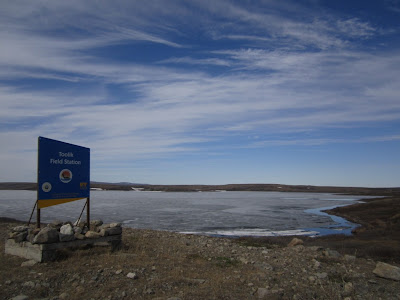 These clouds reign with glory, Earth's energy visualized. Every hour has been some new display. In August the sun will begin to set again and I will be able to get some color, til then yal are stuck with white, blue and gray. 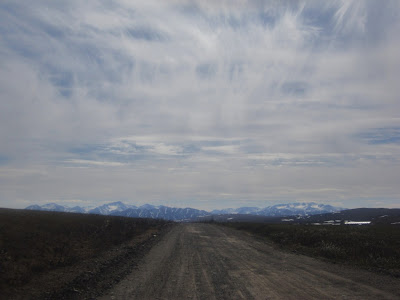 Toolik lake beneath a sky of whispy whites and blue. 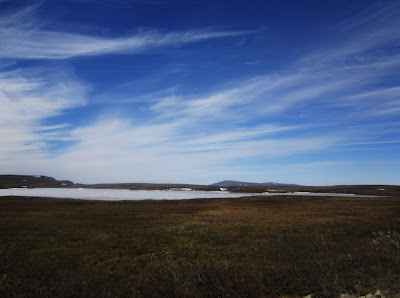 Okay, so here's a bit of tundra and rocks. 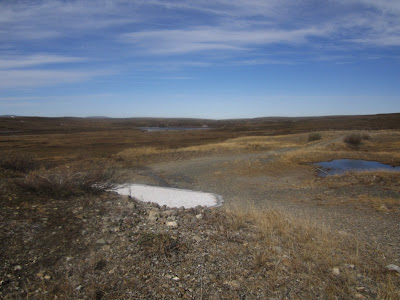 Lakes that have formed from melted ice and snow. 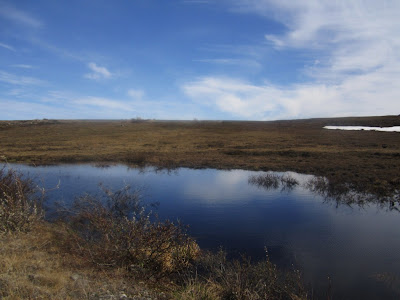 Creeks that connect ice to lakes. 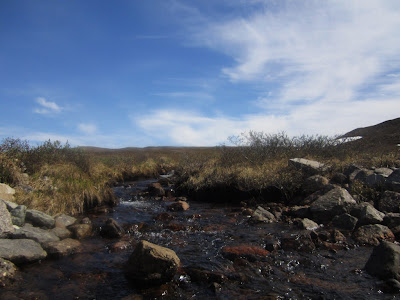 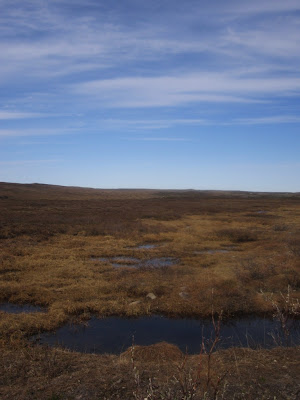 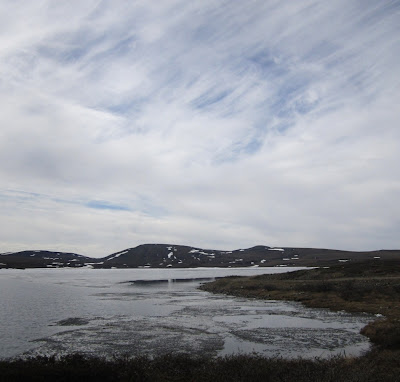 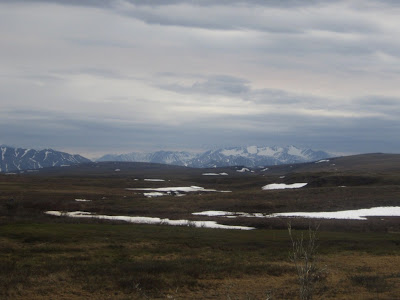 Here's a boardwalk into tundra. In the lower latitudes of the Arctic circle (like Toolik) is tundra, to the far far north of the Arctic polar region are ice caps. For one, to be in the polar Arctic regions the area's surface air temp. has to be below freezing for more than half of a year. Surface ice is visible in many places around Toolik and it's June. It could snow in July. We'll be lucky to see sustained underground permafrost temps. above freezing for more than a few months during the summer. This defines the life of tundra; slow growing and very old lichens, mosses and grasses. There are over 10 miles of boardwalk scattered around Toolik's main camp and I can't wait to explore all those paths that end up in nothing more than... tundra. I love tundra. Freezing cold shrubbery that get's my running shoes soaking wet when I run through it. Note to self - run on rocks, not tundra. 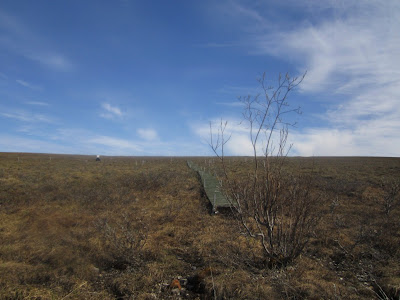 Besides boardwalks one might find squirrel cages, traps, circuses, farms, tagging stations... but no Kentucky Fried Actic Squirrel... at least not yet. Biologists hang out in these parts during the day, which by the way is 24/7 now.

Oh how cute. I remember your cousin Squeeks from Limestone Gap in 2009. 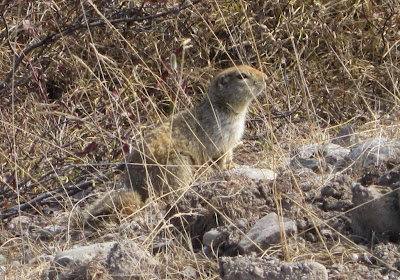 Back to the main station. While the squirrels are running around and the biologists are chasing them the staff at Toolik is maintaining day-to-day operations. I'm a cook and cook for the scientists. Luckily, we get bikes and have an easier time chasing the squirrels. 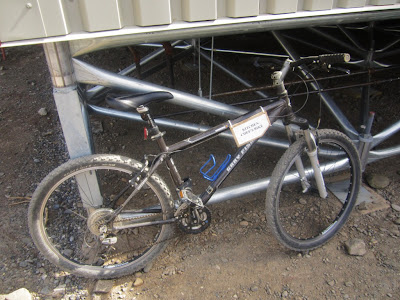 The operations around Toolik are much like Antarctica's research station. Most of our waste water is shipped out, trash is recycled in at least 5 different compartments (see below) and our energy comes from a mix of solar, wind, diesel and natural gas. 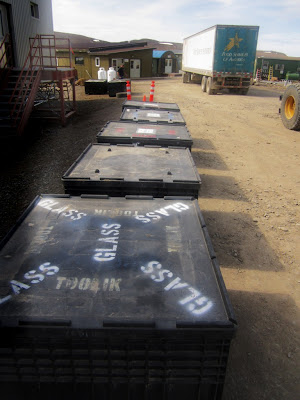 One of the hardest things to face as a 'cook artist' is that all my artwork (cuisine) gets put into a hole via human digestion and is shipped out of camp to be filtered in with the rest of the poo of Alaska. Do I think too much? 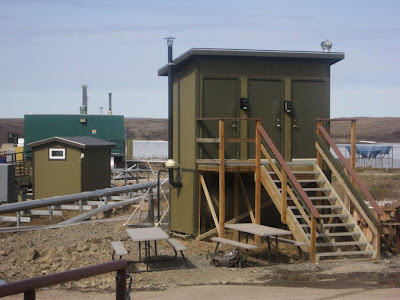 The ingredients I get to play with are shipped in via semi. 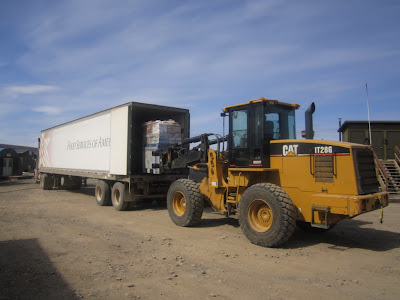 The new and lovely kitchen. I will admit that this is one of the best kept and clean kitchens that I have ever worked in. Good job. 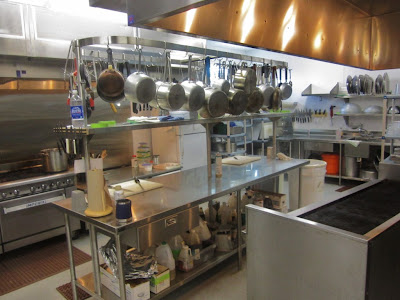 The baking section with two of the girly cooks standing near the cooler in the back. 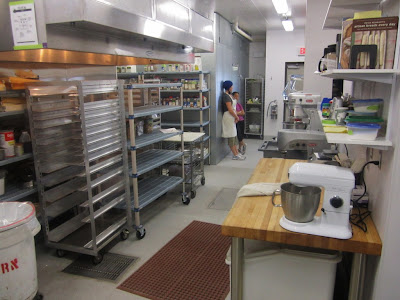 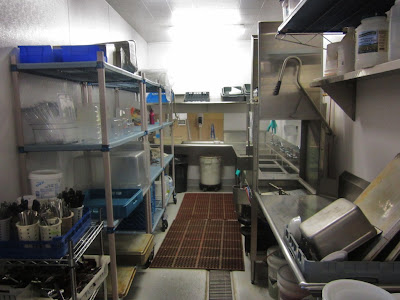 Our dry storage. Full of cool asian ingredients and candy. 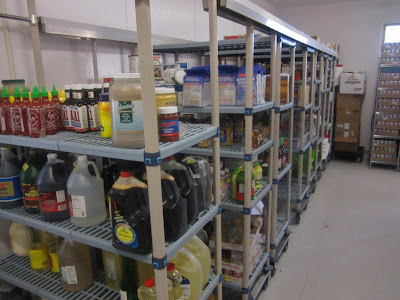 The baking dry storage, chocolate and nuts for the most part. 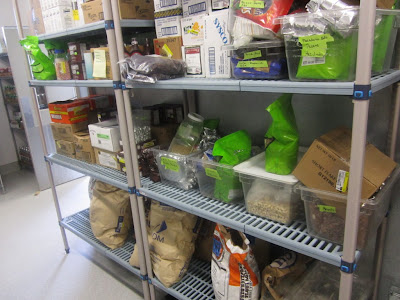 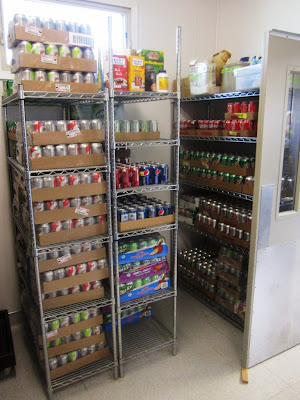 Candy for the researchers. No worries, we all sign a waiver saying that we accept to gain the 'Toolik Ten'. 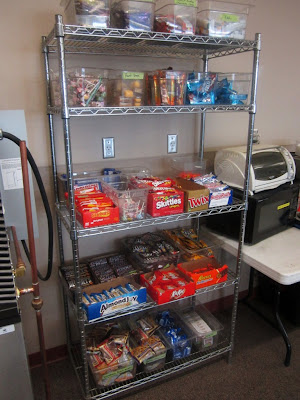 The dining area. This is a well-managed kitchen... there's a line dedicated solely for salads, one for condos and another for hot meals. 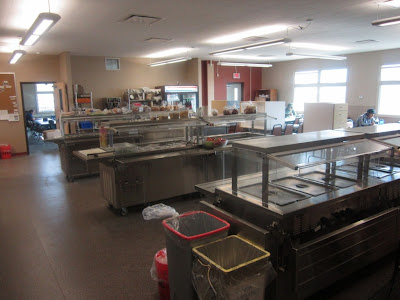 Plus, an exchange student in the back that's willing to put in 14+ hours a day stir frying what ever needs to be done to make the crowd happy. 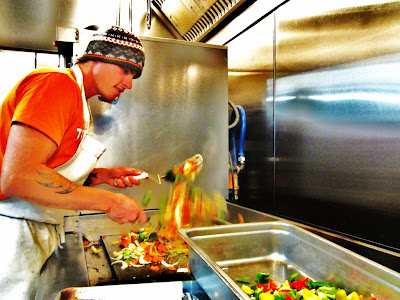 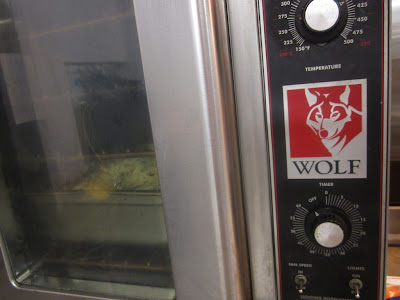 Baked veg. ziti. Pasta + marinara + goat cheese + feta + mozo + a bunch of roasted veg. If you like, throw in some bacon and sausage. 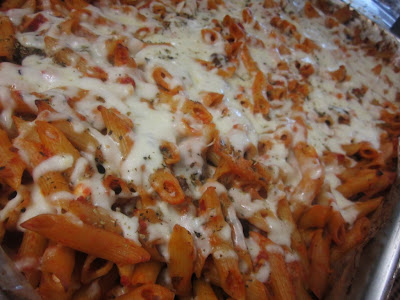 Thyme for bed in daylight.