The sky is different each time I step out my WeatherPort or peak out the dining hall window, but one thing stays the same, the sun is always up. Stars... moon... night... only fragments of human imagination right now. A few days ago a northerly wind came through our camp and blew over the warmer Toolik Lake. This created fog and we also got a fog bow, aka white rainbow. The water droplets associated with this fog bow were extremely small and caused excessive sunlight diffraction, which led to no color in the bow. 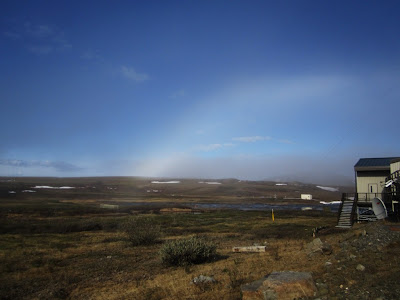 I heard there's a pot of lake trout at the end of the bow. 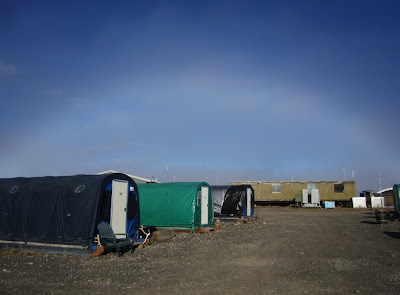 The flow of earth and sky, bounded by the freshly snowed-on Brooks range. 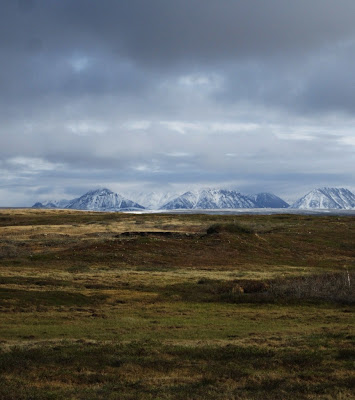 Could be snow or rain. 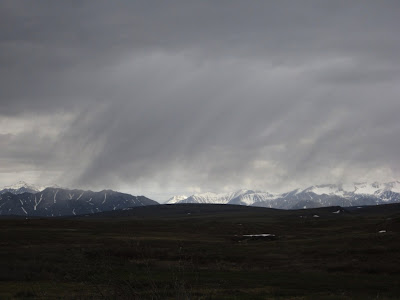 On Monday night I went to bed in pure sunshine and woke the following morning to a heavy snow. Middle of June in the Arctic. 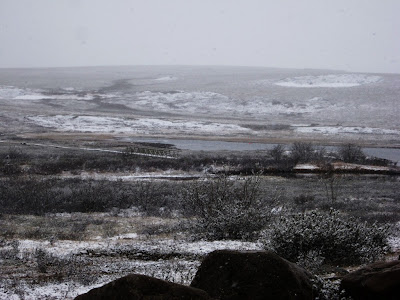 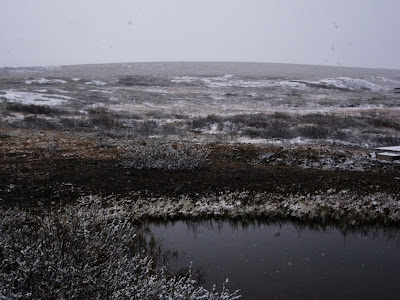 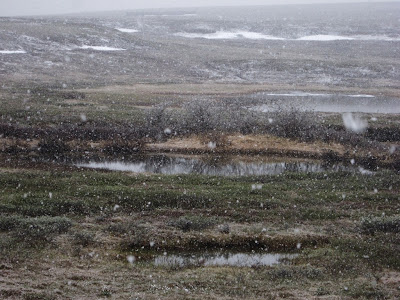 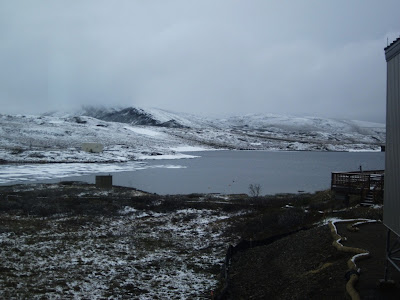 Some researchers went outside and watched how the tundra plants and wildlife responded to the summer snowfall, others just hung out in the dining hall on their laptops and kept warm and dry. After work on the wintry Tuesday I ran to the meeting tent and sat in on a science lecture regarding tundra plant root growth and the effects of seasons on such. I never took biology before and found it interesting to hear this postdoc fellow discuss the new findings that correlate plants with animals in regards to things like how plants consume amino acids. Most plant 'stomachs' are extracellular, meaning, their digestion happens on the outside, that's a wicked idea. I guess on the rare occasion you get a plant like the venus flytrap that has a pod thingy ma bob that delivers nutrients more directly? This dude's primary work involved taking soil samples during the transitions of seasons to see when plants need nutrients and how they respond to nutrient difficiencies. Comparison of nitrogen and carbon concentations in soil, in air and the intake/release by the specimen > carbon sink. Not enough Nitrogen > biomass decay > carbon release back into atmosphere > greenhouse effect. Save the Tundra. He's been creating 'global warming' to a section of tundra by placing a holely black mesh over it, which increases albedo and quickens snowmelt in early spring. A negative feedback to the 'global warming' microenviroment they engineered was that with the removal of snow they lost some insulation and actually saw lower soil temperatures for a couple days. Hmm... 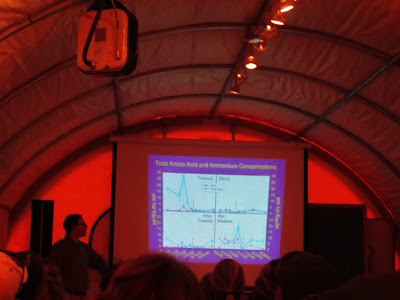 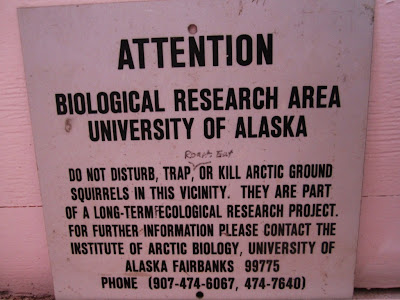 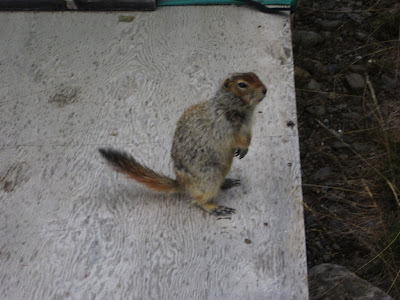 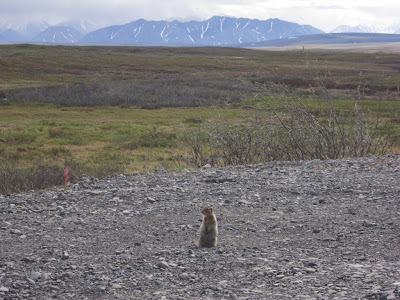 Speaking of food... I mean, look at how yummy these sticky buns are. 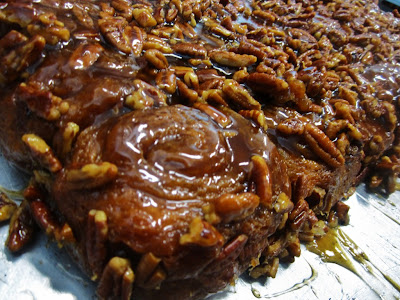 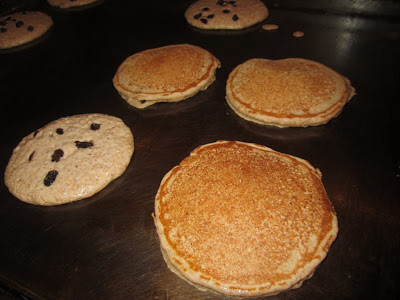 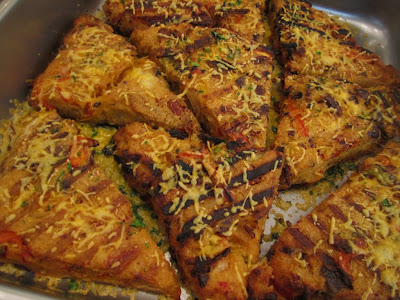 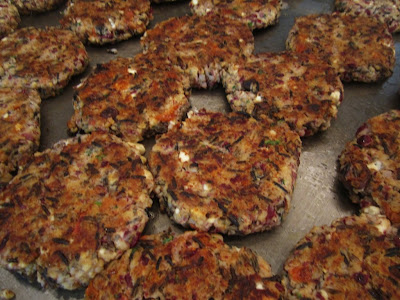 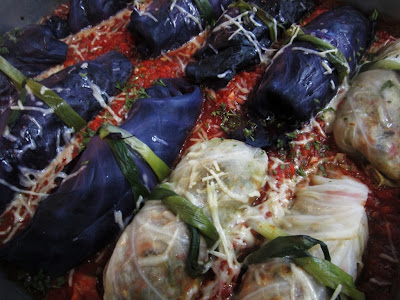 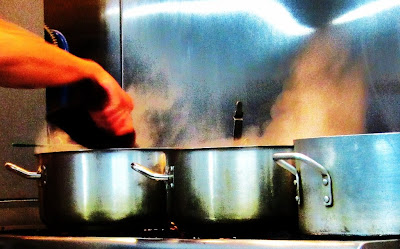 To be a pot roast. 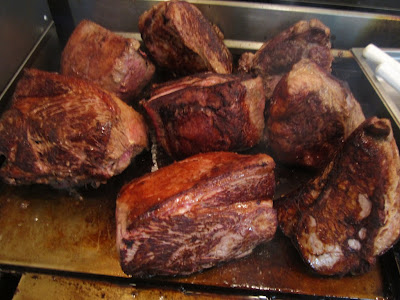 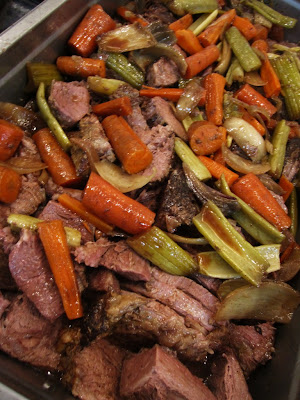 To be unholy pork loin marinated in apple juice overnight, stuffed with rosemary, caramelized apple and garlic, wrapped in bacon, seared in bacon fat and then finished in the oven with more rosemary and garlic. 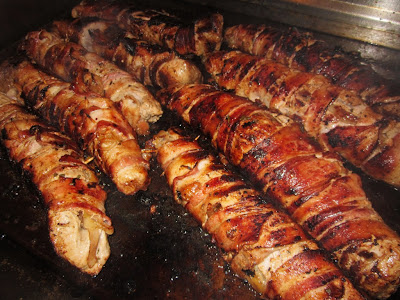 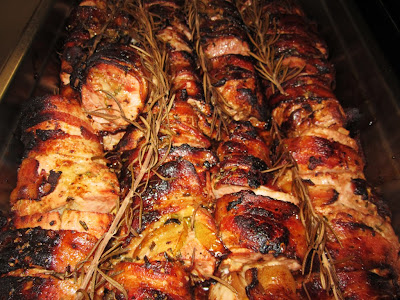