This morning I was given a chance to assist the operations of the Top Chef national tour. This gave me a behind-the-scenes opportunity to see how the chefs function, present and shed interest... i.e., the smiles and jokes. The two competing chefs (Eli and Richard) threw out some personal stories, which I could feel stirred interest in the crowd and I thought to myself, boy (or girl), if I ever had to chance to tell my personal stories while cooking in front of an audience the folks would never believe me; chased by a 600 lb bear on Kodiak, chased by angry one ton walruses while kayaking, successfully defended myself from a 5 foot shark in Florida with nothing but a knife, deep fried scorpions in Costa Rica, spent 9 months in isolation at South Pole doing nothing but cooking, died and came back to life... and that's just the tip of the iceberg. So, anyways, here's the scene at Krogers in Hebron, KY at 8 AM.

The competing chefs called the Cincinnati Culinary Art Institute and picked three volunteer cooks to help with the back kitchen tasks. While the two chefs are doing their 15-minute battle these three sweating cooks are preparing plates for the audience to try. Here are the three talking about the day's rundown. 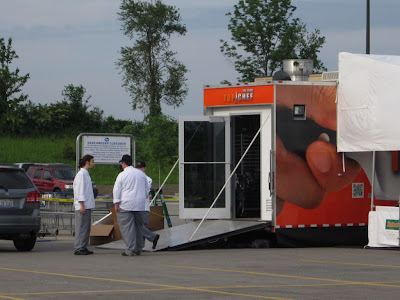 And my job... low and behold... high and in front... was to hand out those plates to the audience and register the guests as they walked in. My partner... a beautiful ex-Bengals cheerleader. 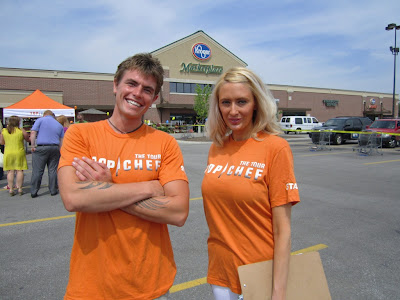 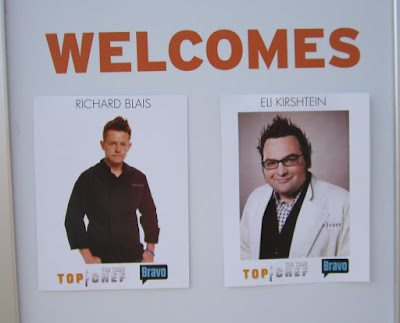 Showing the cooks what to put out for the audience... 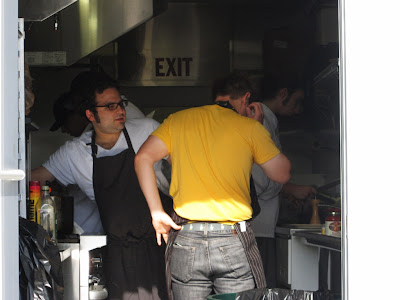 and figuring out how to hide the secret ingredient. 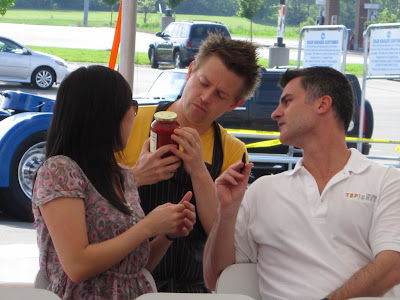 Hey, I know that face from a cookbook my Nannie gave me before heading down to the South Pole. More Cooking with Marilyn > found at South Pole. Marilyn Harris was one of the judges. 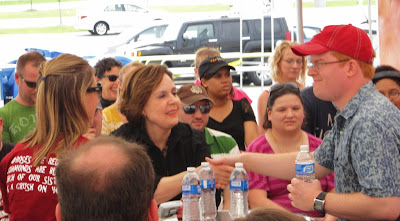 Everyone seated, time to cook. 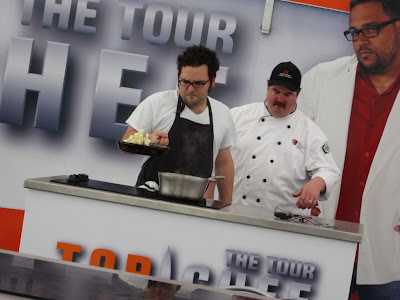 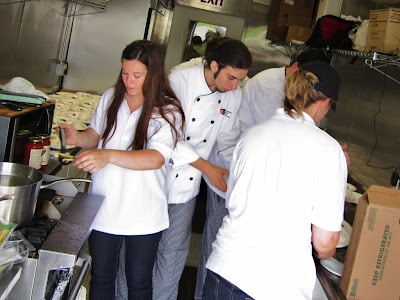 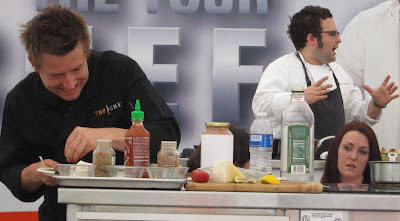 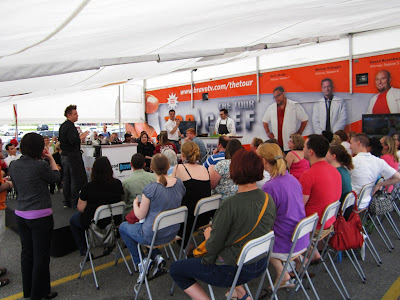 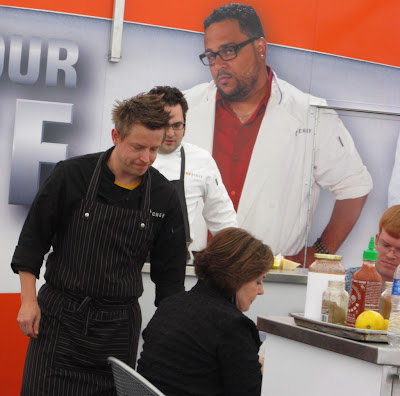 At the last competion the Kroger's chef squad came out to watch the festivities. 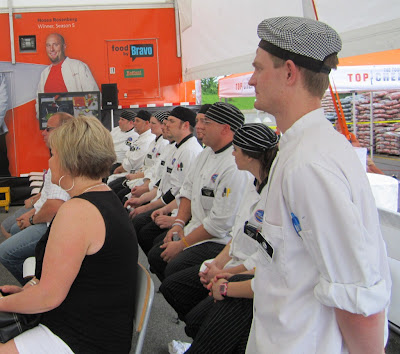 Yeah, the field of cooking has a lot of opportunities. The reason why I got into cooking was to see new faces and new places. I never know what the next kitchen will bring... 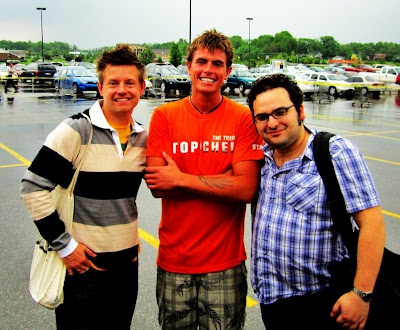 Right before I left I got to see the chefs do a private demo and here's what they came up with... 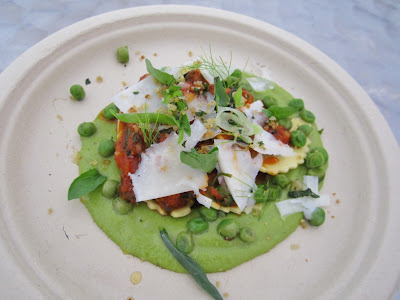 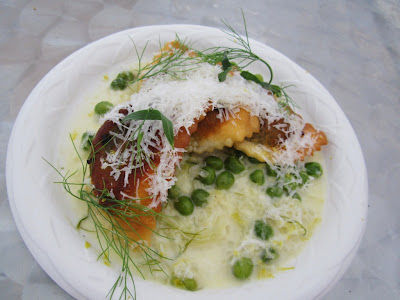