A Day of Rest

On Thursday morning I baked lots of treats.... blueberry and coconut cheesecake, coconut and rum ice cream, cranberry and cream breakfast rolls, garlicky french bread and more. After breakfast all of our guests left and I decided to head into town to do some grocery shopping in Bocas and stay the night there. 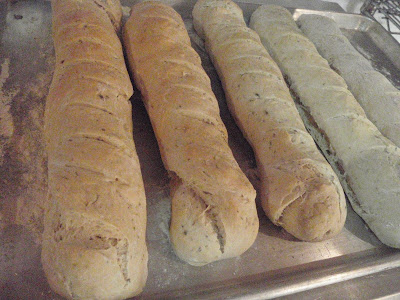 But first, I wanted to go kayaking... 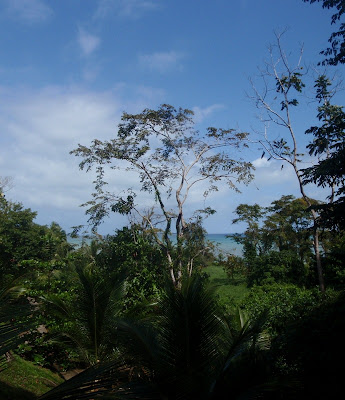 after doing my laundry. On the way to the laundry mat you pass our water reserve and emergency solar power energy system. 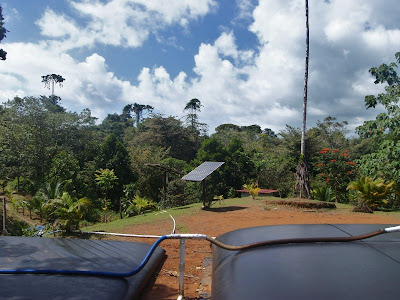 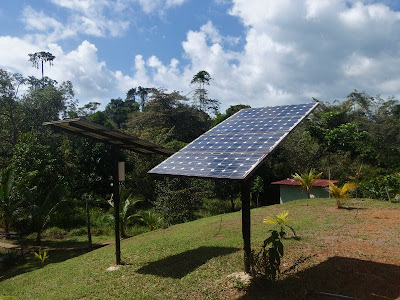 Once I got the load into the washer I took off to the beach. 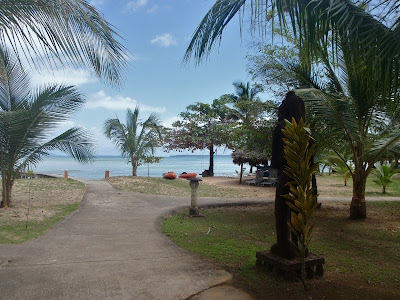 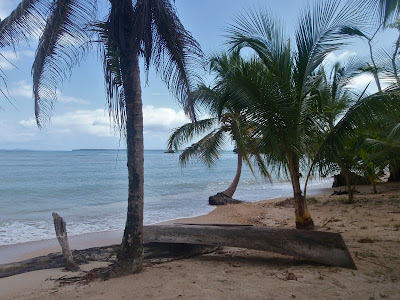 I so want this island. 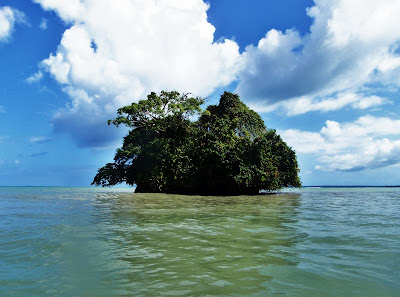 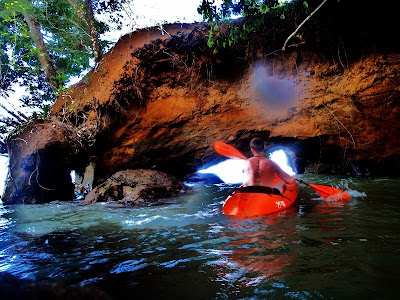 I cruised about two miles down the coastline. It was mostly palm trees and a few native houses. Off topic, but a baby sting ray jumped over my kayak and I ain't lying. 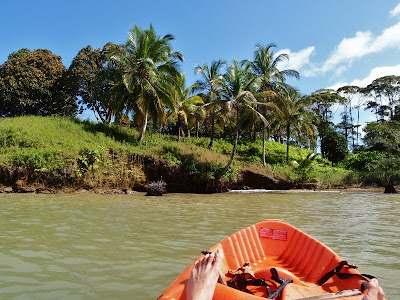 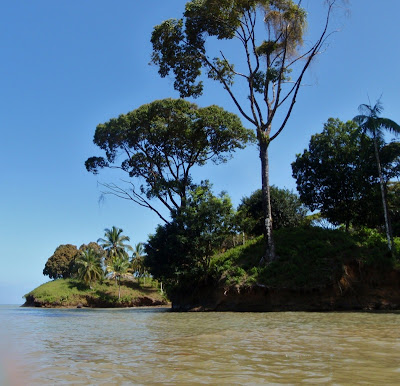 Below the surface. A few rain showers from the East have turned the water murky, but when it is dry for days the sea turns bright blue and green and is really clear. Snorkeling is fantastic around these islands. 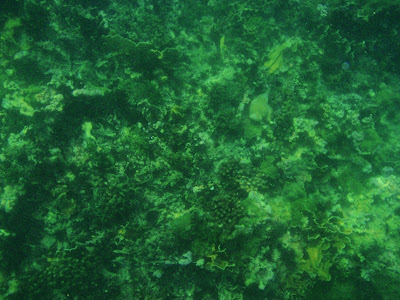 After two hours in the sun I decided to go catch some waves with the kayak. I found a few waves that reoccur often and have at least a 10 second run... hmmm... surfboard? Just don't get thrown onto the reef below. 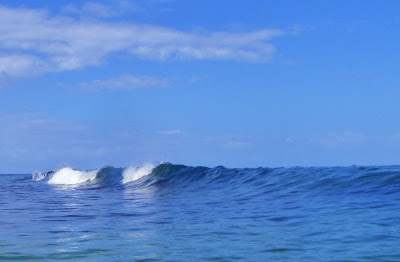 This one was a monster every 10 minutes or so.

Next morning I woke up at 7 AM to catch de boat. Now I am really tan and back muscles are sore from yesterday's fun. 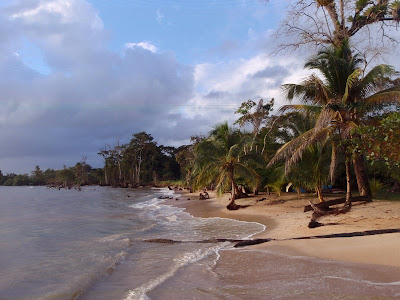 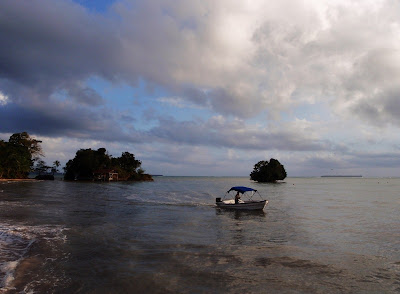 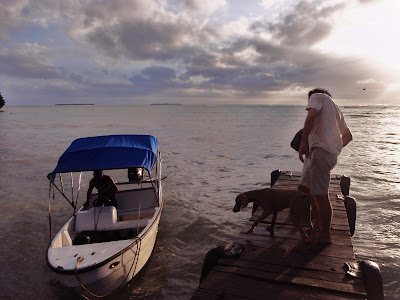 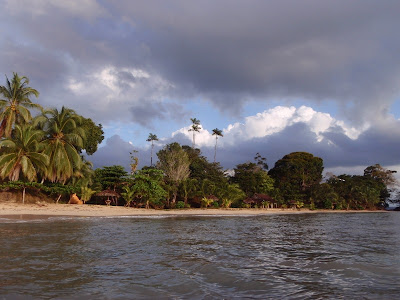 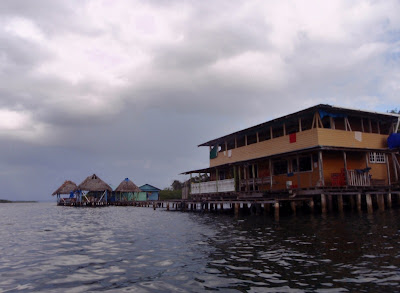 And of course.. another rainbow. 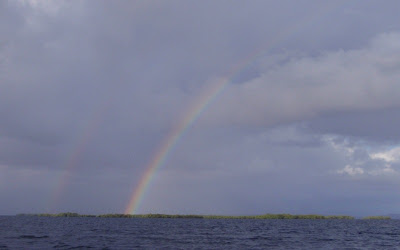 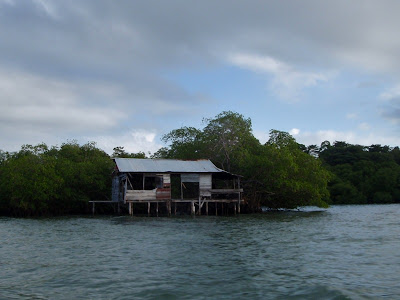 But, this will do. My room at Bocas Paradise. I arrived at 830 AM and went on a grocery shopping spree. 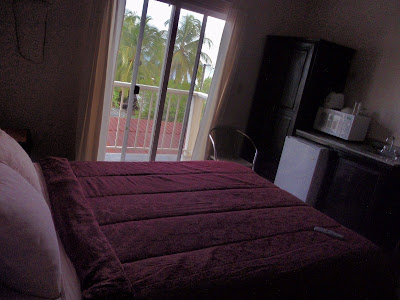 And, 5 hours later I had my fridge stocked with Ahi tuna, feta and bleu cheese, quinoa, sushi ingredients, Monster Energy Drink, etc. etc. Two days ago I was cleaning out the pantry and found two bags of large marshmellows at Popa Paradise :) After mining through 6 Chinese grocery markets, the only markets in Bocas, I was unsuccessful in finding Rice Crispies, so I bought this cheap and generic Star Puff Marshmellow cereal that looks totally cheesy and childish, but I think it will work great with some butter and marshmellows on the hot stove for making Star Puff Marshmellow Crispy Treats. 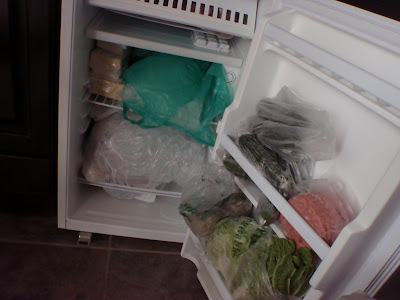 At 330 PM I met up with the hotel manager and dropped the goods off on de boat. The goods and her then took off to Bocas. I pray the Ahi makes it. I love you fish. 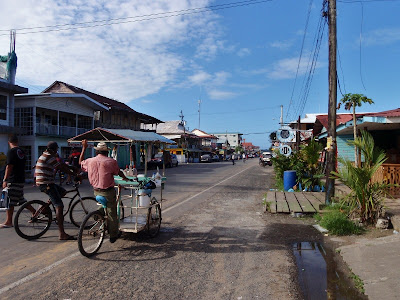 Looking out the balcony. Less than a half mile across the straight is another island filled with a bunch more waterfront hostels, hotels, restaurants and party places. 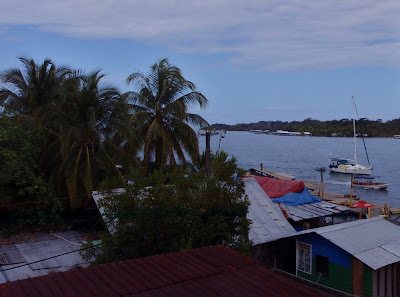 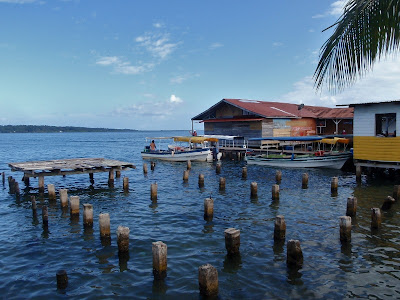 To the left is the biggest cruise ship Bocas has seen this year, in the middle is just a sail boat and to the right is the US Coast Guard making an R&R break in Bocas. Today I people watched and and saw so many white foreign tourists with their cameras and so many Guard members in white outfits with their cameras. Cameras everywhere. And guess what... I have a camera too. A guess it all comes down to the fact the life is a moving picture and we are all just trying to get a hold of whatever bits and pieces of the physical realm we can, while we can... to share... to remember... and to scribe history. 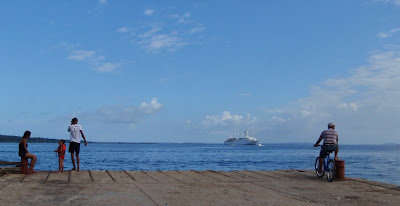 At the end of the long day off I sat down at the pier to see what the boys we're catching, which appeared to be nothing but wet rags and ripped t-shirts. 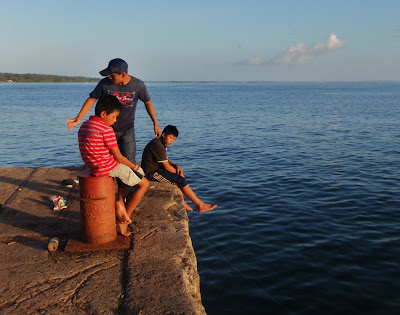 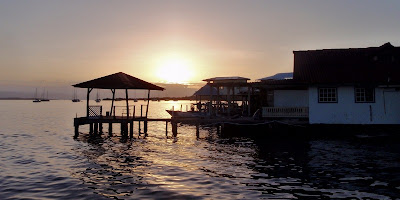