Before I begin let me just say that there are two ways to go from Santa Catalina to Bocas del Toros. One is by bus, which involves at least 5 bus transfers and is supposed to take around 8 hours, then you have to take a cheap ferry to the center of Bocas. I cannot gurantee you that the bus transfers are on time, so prepare for at least a half day excursion. The other way is to take a bus to Sona from Santa Catalina, then take the express bus from Sona to Panama City. Once in Panama City you can catch a quick flight to Bocas. This secondary option is my current route. So far so good.

All week long there were parties in Santa Catalina and this has been my opportunity to truly get to know the area and the locals. Some of the parties are solamente Panamanian, others Foreigners, and a few mixed. From what I witnessed, the foreigners are just visitors to Santa Catalina and many locals treat them like so, e.g., running Gringos off the road. How about not colonizing Santa Catalina? I have heard rumours of an airstrip being constructed in the near future to maximize the Gringo tourism, what a shame. The place is beautiful in the hands of the locals, but like always... someone has to take over and make the landscape and culture a business. No bueno.

Two nights ago I celebrated at a pig roast with a bunch of Alaskans, which is awesome because I just bought land in Kodiak and they all know people there or live there. I am making connections everywhere and doing what I do best... geography. Right now all this information and wisdom is being shelved away in my brain, but within a couple years, or perhaps over these next three months while living on a remote island, I will be able to put the ideas to computer screen. When the time comes it will come. 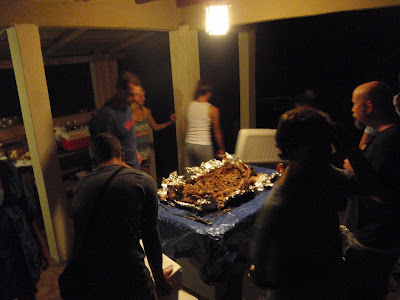 After the pig was devoured we made our way to the beach for a full moon fire. 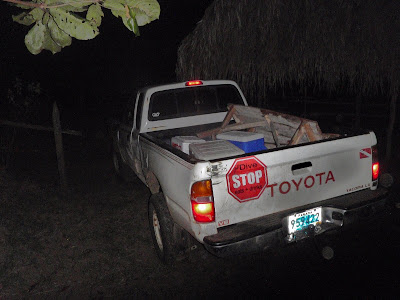 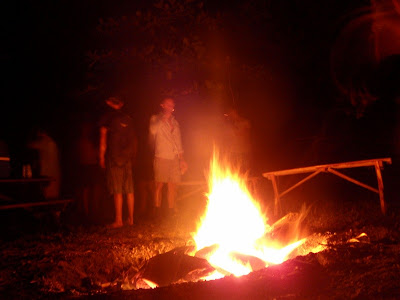 Next morning was beautiful. 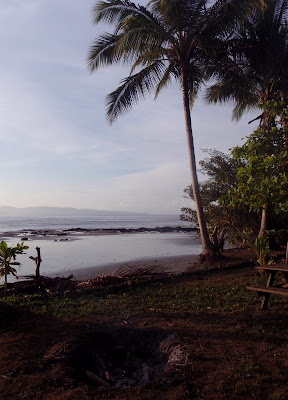 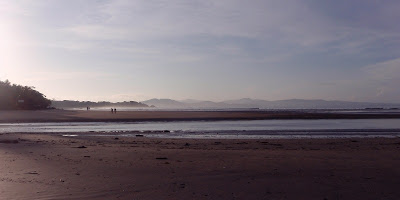 Once the sun rose I hiked back to my hotel to pack up and leave this place. It's been nice, but time to get a move on, there are bigger and better things lying ahead. 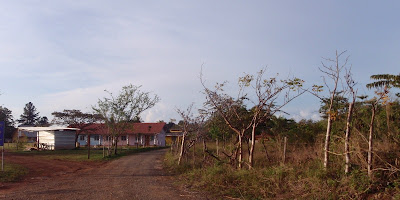 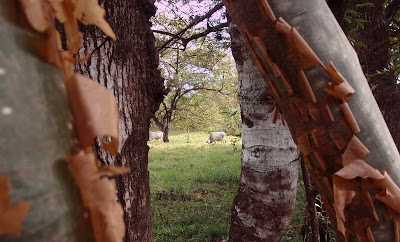 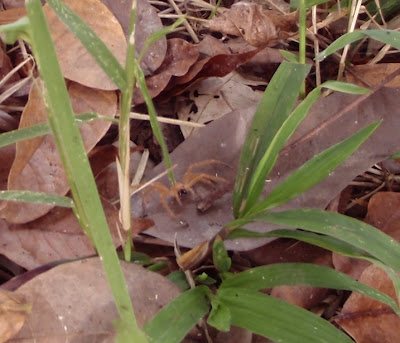 Along the way I watched as the locals opened their doors to sunrise. 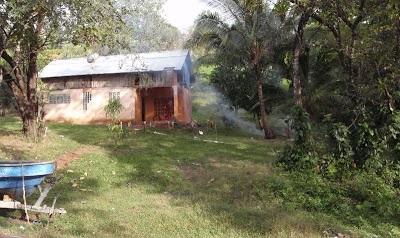 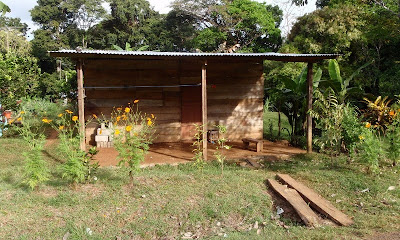 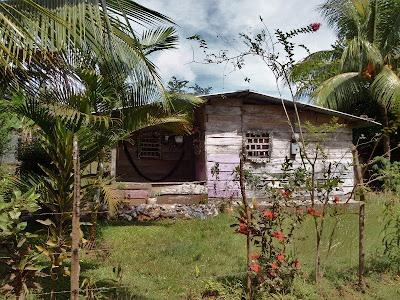 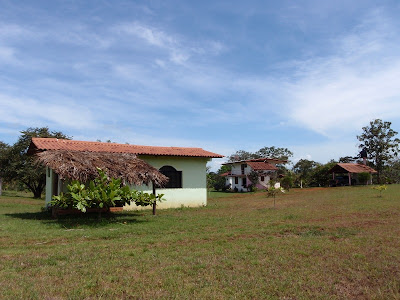 I also paid tribute to The Point, which is biggest, steadiest wave in the area. 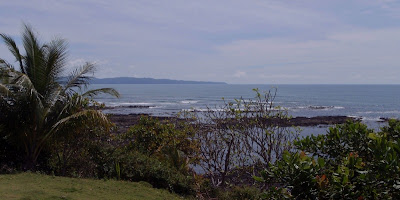 Back on the road of life and out of Santa Catalina... 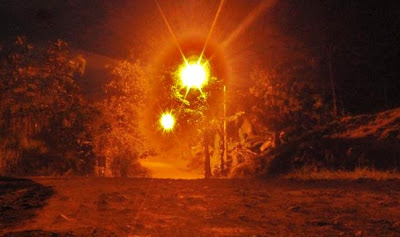 On a typical touristy bus filled with mostly Panamanians. 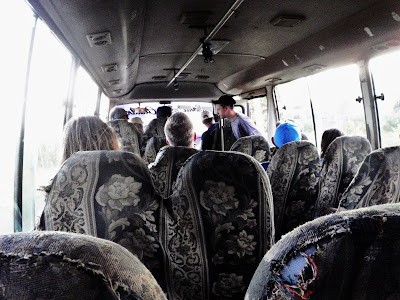 At our first stop in Sona I ran around looking at the restaurants and happened to find this cool carneceria. 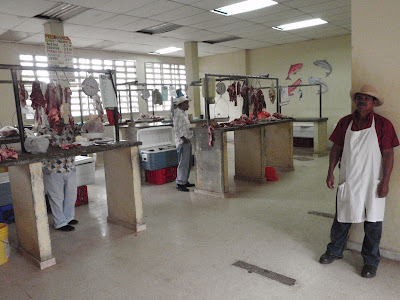 Downtown Sona. There is WiFi right where I am standing in this pic. 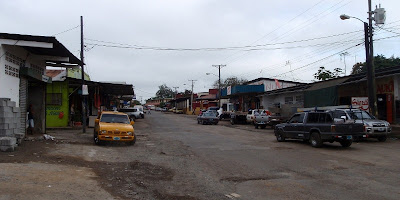 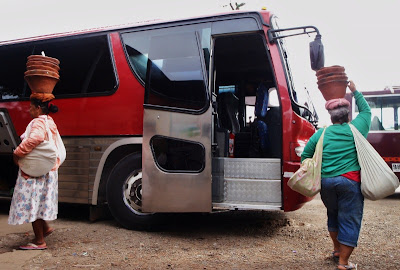 9 hours later after I left Santa Catalina, 2 hours spent in a deadlock because a semi-trailer full of gas decided to flip-over on the two-lane highway, I came to Panama City. Here's the Panama Canal. 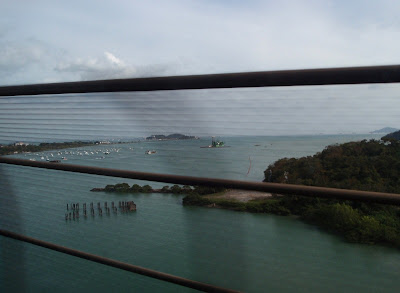 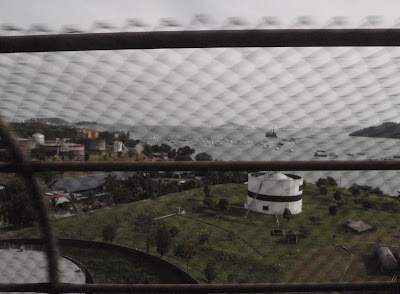 And this is Panama City. So, you may have heard that tap water is out in Panama City. Well, it was for quite awhile but is now back... sometimes. The reason why it went out was due to two things: (1) lots of construction is going on and the waste water is being pumped straight into surface waters, clogging them with waste and sediment, and (2) lots of heavy rain has washed more sediment into the surface waters furthering the toxicity levels and sediments. When the freshwater source collapsed bottled water prices skyrocketed and not many in the world heard about this, perhaps that is because US-based Coca Cola Company was behind the majority of the bottled water rationing. Imagine living in a place like NY with no tap water and expensive bottled water... how would you feel? World, be prepared, because water shortages are becomming more common. 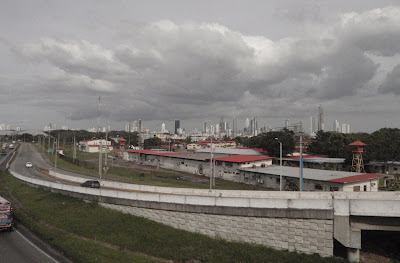 Finally, I made it to the Albrook Bus Station. 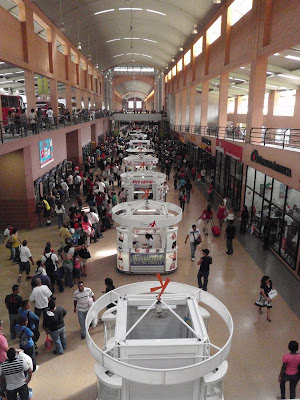 From there I took a taxi through the ghettos of the city. 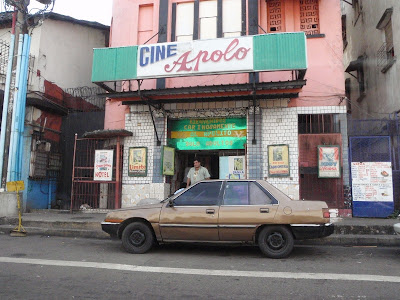 Once out of the ghetto I soon came to the banking district, which is much more pricey and found an affordable, but rather classy hotel. Louis's website, where you can check out his four cozy rooms, is here. Totally a chill spot if you are ever in Panama City. And sitting above my bed right now is a wolfy howling at the full moon. Full circle. 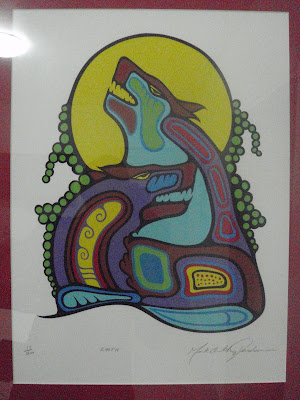 Next step: catch a plane at 630 AM on Sunday morning from the nearby local airport to Bocas del Toro and find a hotel.
by Cody
Newer Post Older Post Home
codyleemeyer@gmail.com