The New Baby at Hibiscus Garden

Here is how the last few days unfolded. First off, I woke up early Monday morning with the cat having too much fun scratching and eating my long hair... I then had the sudden urge to cut it, and a few hours later I did. A couple hours later the power goes out. This happens a lot, but only for a couple hours. Usually trucks from Santiago, which is a small city 2 hours away, drive to remote Santa Catalina and find the tree that tripped the wire and fix it. But, this was a really remote trip on the power wires and none of the villagers in Lagatero called the electricity company to tell them they have no power. Perhaps no one has a cell phone, or doesn't care. So in the late evening we called and the power company says they didn't know we had no power and will fix it the next day.

Dinner in darkness. Next morning I hear the fan kick back on at 4 AM. I get up to reorganize my freezers and refrigerator because I took everything perishable out of the fridge and put it into the freezers. Then... at 5 AM on Tuesday morning I hear a car take off in the distance like a bat out of hell. Hedi's due date for the new baby was 1-11-11 and that it was. An hour later Mick calls and says they are delivering the baby in the backseat of the car in Sona, still an hour away from the hospital and Hedi's mom is doing just fine with a pair of scissors and blankets . A few hours later they get to Santiago with the baby already born and the docs say everything is just fine. At 7 PM they came back from the hospital with the new girl and went straight to bed.

This to me is the climax of Panama. The holidays, the heart of the high season and Hedi's lil' baby. Things are now much more tranquil and the long wait is over. Does anyone have any good baby food recipes? 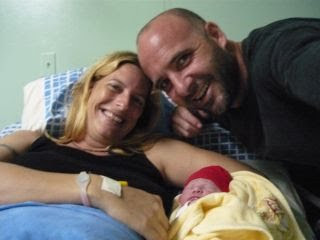 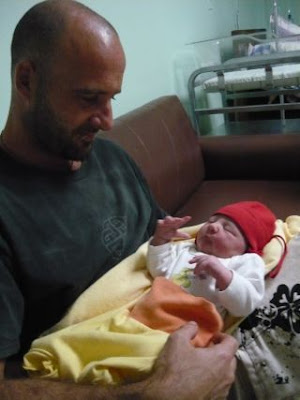