This week marks the transition to summer at the South Pole Station and given that civil twilight began today we only have two weeks left until the sun drifts above the icy horizon. Technically, civil twilight is a point in atmospheric time related to the sun's luminance when civil functions can operate well outside. In layman's terms, today we began thawing out what's be frozen many months... our dignity, or should I say... our sanity? 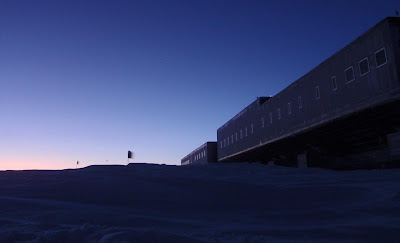 The window blocker things that blocked us from seeing outside all winter were removed yesterday. Since the windows are seriously tented all we can see right now is our reflections, which by the way has had a profound impact on my psyche, much like a child that sees himself in the mirror for the very first time. So this is what it looks like when I cook eh? It's amazing how little of a change to our indoor environment has on attitude and perception. We're movin on up. 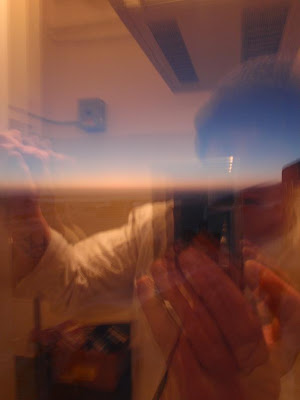 Wow dude. I can see something other than cardboard. 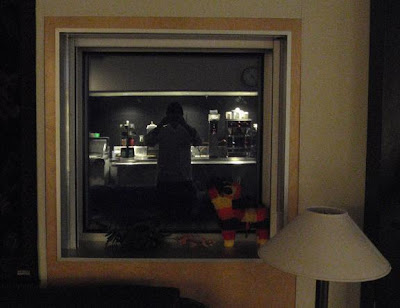 So, yesterday we had something that resembled an Arby's Bacon and Chedder Melt. But, this was better. And today I was grilling some burgers, like I always do on Wednesday's, and something caught my eye in the reflection of the windows. At first I thought it was astronauts crawling on the ground, but no, just firenauts. 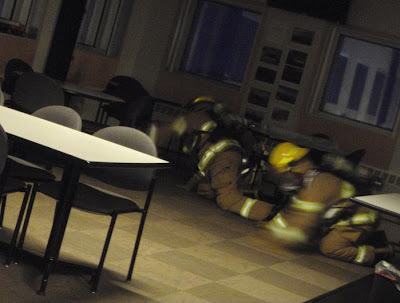 They searched their away around the galley while I watched in curiosity. 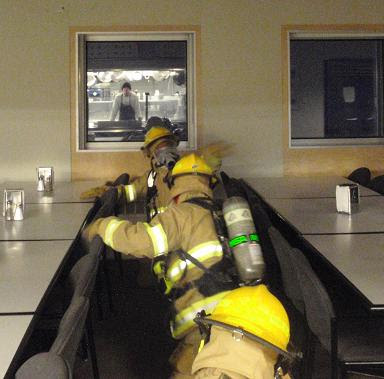 WTF is going on? 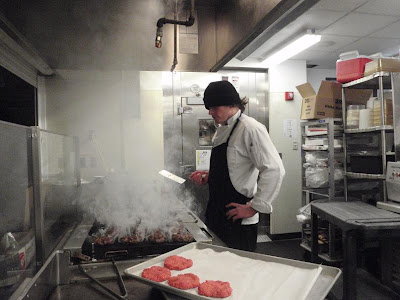 Then some wiseguy runs up behind me and threatens to put my burgers out. I mean c'mon, what is this, some kind of fire drill? 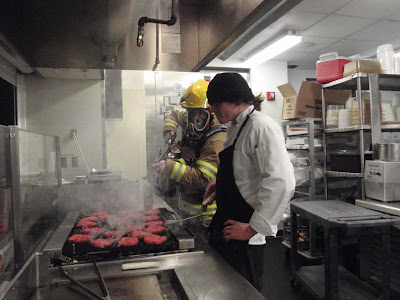 After work I headed to the Doc's lab where we had story time. After E read us the book on cardiopulmonary changes at Pole a kid from the back asks, "I heard that we fart so much at South Pole because there's a greater pressure differentation between our bodies and the atmosphere, is this true?" Well, it's said that our bodies favour cardiopulmonary processes over not-so-urgent processes, like digestion, hence the cause of some digestive issues like excess flactuation... but I think this girl is on to something too. 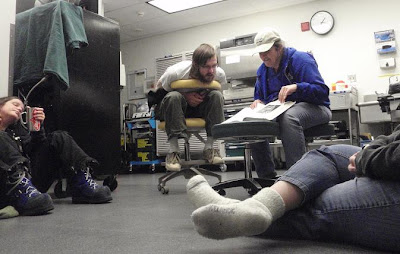 After the reflection in the windows and the firenauts and the answering to life's biggest question... "why do Polies fart so much?" I went outside for a breath of fresh air. 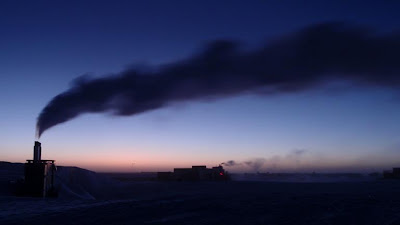 And boy was it beatiful. 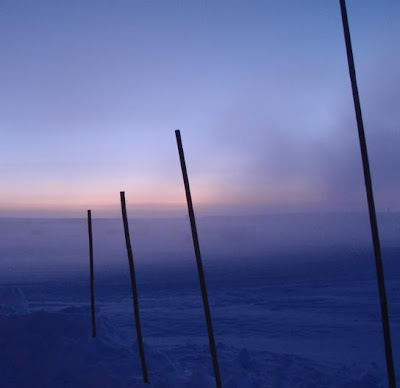 Looks like a storm's on it's way for tonight... 30 knot winds in store for us.