The Three Stages of Twilight

We have one week left of nautical twilight before civil twilight begins (Sept. 7). Two weeks after the onset of civil twilight is the equinox (Sept. 23). At that time the sun will rise above the horizon 24/7 until the next equinox (March 20).

Astronomical twilight: the sun angle is between -12 and -18 degrees below the horizon. 7 weeks before sunrise. The result being a faint glow; starlight is more visible than the diffuse sunlight.

Nautical twilight: the sun angle is between -6 and -12 degrees below the horizon. 5 weeks before sunrise. Significantly bright stars are visible to the human eye and the ice's horizon is visible at this time.

Civil twilight: the sun angle is at -6 degrees below the horizon and lasts until sunrise. 2 weeks before sunrise. Head lamps are not needed outside during this time and it's safe to say that it's light out there. Given our crisp and steep snow drifts the long shadows cast by civil twilight and sunrise pose a risk to outside hikers because one cannot easily perceive the depth of a trench next to a drift.

Below is a chart showing daylight times for given latitudes at different times of the year. At the bottom right-hand corner is 'where' we are at now at the South Pole. -90 S latitude + Sept. 1 = continuous daylight. But, as of now, that daylight is more like early morning light, aka twilight. 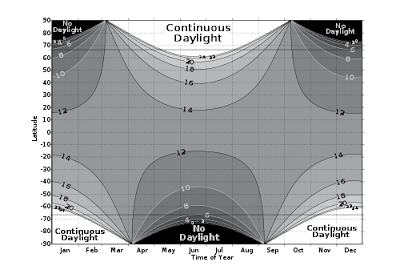 To the human eye twilight is a photographer's paradise. That is, if you're like me and are infatuated with taking pictures of sunrises and sunsets. To the world of science twilight is the beginning or ending of many things. For the rest of this post consider twilight to be the pre-sunrise twilight, not the pre-sunset twilight I enjoyed in February 2010. As the sun rises higher beneath the horizon (oxymoron?) it's obvious that there is more light in the sky, but there is more going on to what the eye can see. Sublimation, ozone depletion and increased atmospheric circulation are three major events that begin with the polar sunrise. Sublimation is evaporation of ice directly to water vapour, caused by insolation. I.e., disappearance of frost and drifts around our station. Ozone depletion I will cover much more later on when the ozone hole is born above our heads, which may be sometime late this week. Increased atmospheric circulation locally means that the surface air temperatures will be getting warmer. Unlike the majority of the world, this landscape is bright white. Hence a high albedo shown in the graph below. That means that most of the sunlight is reflected back into the atmosphere. Even though the sun is coming we barely get to enjoy it's thermal radiance, which is a good thing because if we did then we may very well likely be subject to dangerous UV radiation too. Image source.

Here's what twilight looks like from above at noon on August 31st... 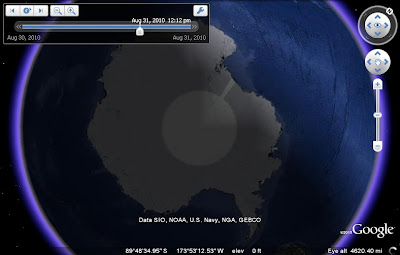 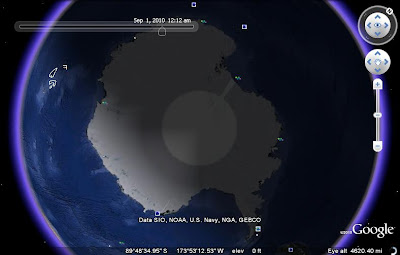 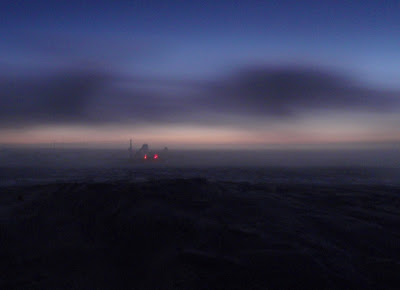 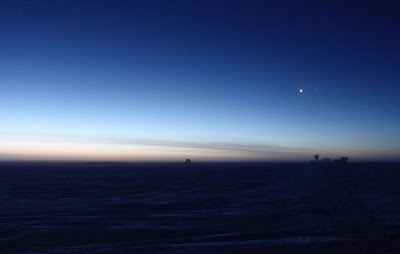 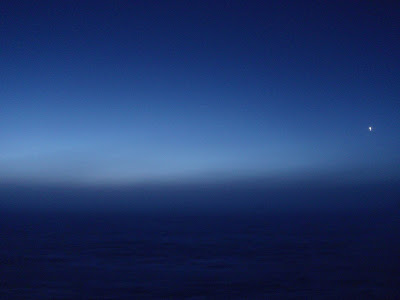 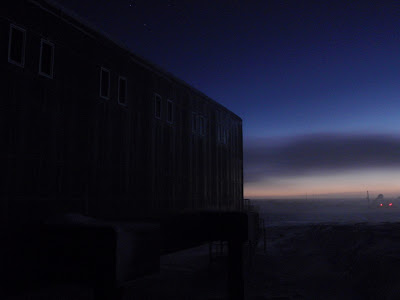 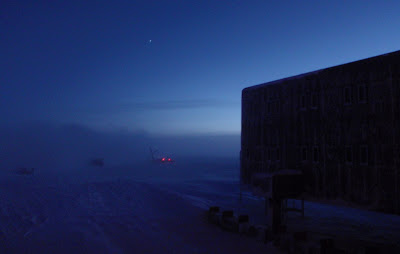 And this is what it really means for us... opening up the station. With adequate light outside we are going to take down our window coverings next week and this begins the station opening. From then on our community will be doing everything from opening up the outside summer camp, cleaning the bandroom, deep cleaning the bathrooms, shoveling awaying snow drifts and plowing the ice fields for the summer crew. The chart below has all the tasks that need to completed, the times they need to be completed and who needs to do them. 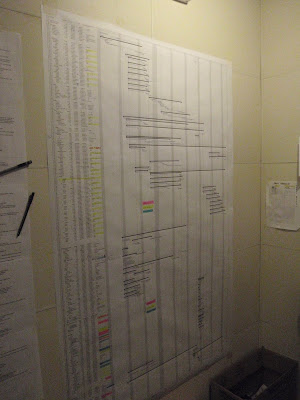 So let's get started eh? 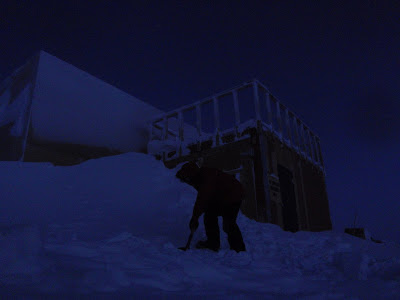 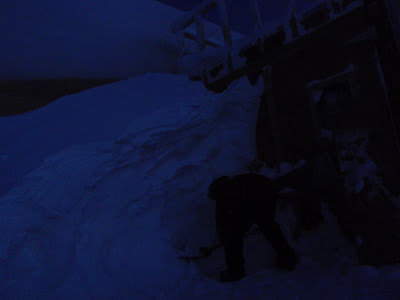 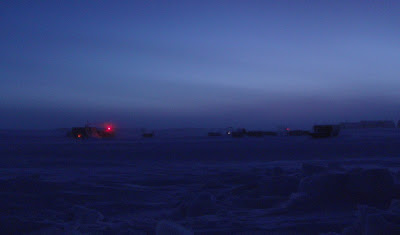 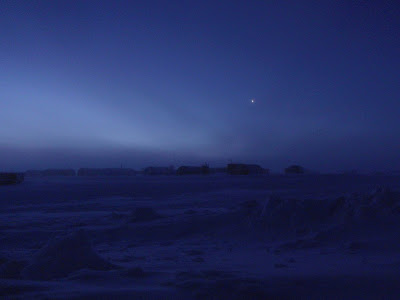