Nautical twilight is on the 22nd and astronomical twilight began I think August 1st, we're currently somewhere in between. Every day is a new night created by the light that is rising just ever so slightly above the distant horizon. A couple months ago I'd go outside and be blinded by the darkest night on Earth, the sky was a deep, dark black... like a sea of pure anti-matter littered with distant galaxies and terrestrial green clouds. Now the blackness is turning into grey. It's weird seeing a a glow in the sky that's not green, what it is this? Could this be morning? Circadium rhythm... buckle up, cuz da light is on it's way..

Chatting with my grandfather a few days back I came to realization that I've been in one awfully remote and isolated location for 9 months now. I journeyed through a 24/7 sunlight summer at McMurdo Station that ended in February 2010 and more recenty have been living in what seems like an endless winter at South Pole. During this long winter peeps back in the midwest US have gone through a spring, summer and winter. My one season has been probably three seasons to you. There's been earthquakes, the olympics and oil spills among many other events 'up' there. All out of reach, simply recognizable only by a few printed words on a piece of paper. I feel like an astronaut and it's awesome.

Next Friday I rotate to lunch. Just 2 more shift changes left, lunch then breakfast. Roughly 2 and a half months until de planes arrive. This is the last week I will be cooking dinner at the South Pole Station during the winter of 2010. 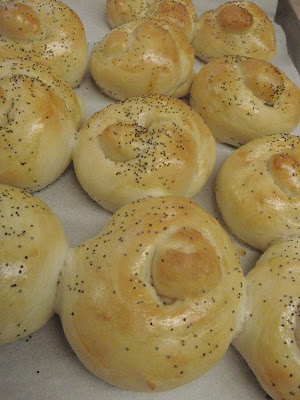 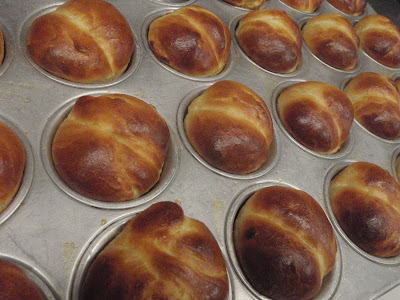 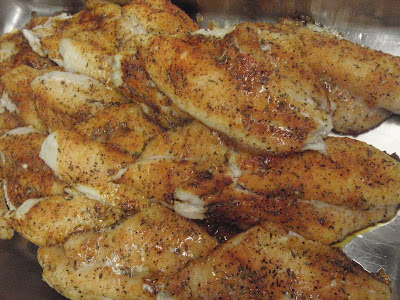 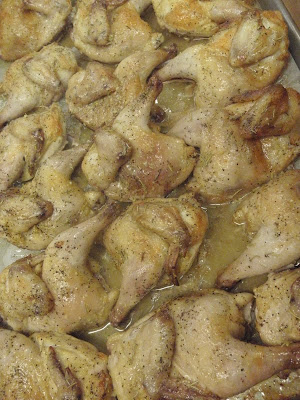 The inside of the tofu spring roll. 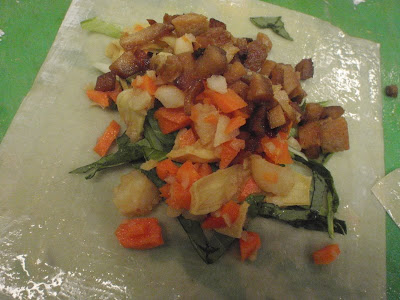 The outside after fried. 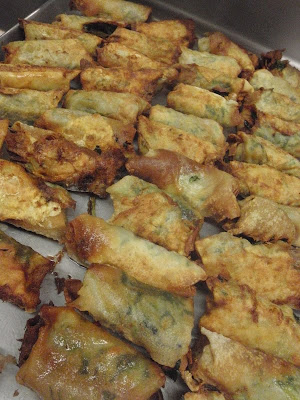 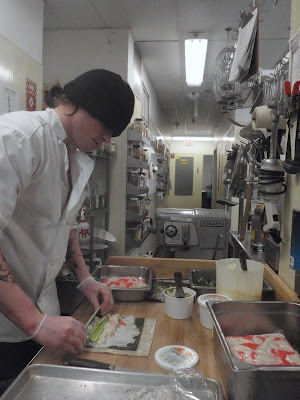 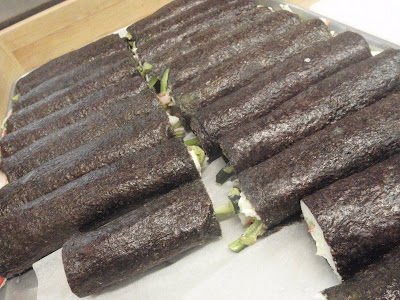 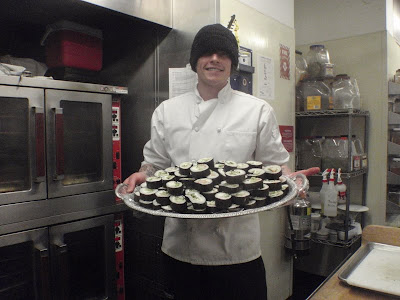 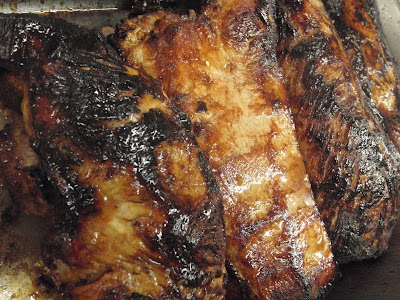 All of the above comes with a few neutrinos and a dash of twilight.