Something on the Horizon...

It is true that change is on the horizon, both literally and figurally. Literally, we are beginning to see twilight on the horizon, yet the sun won't rise above until Sept. 23rd. It's only astronomical twilight meaning the sky is like 90% pitch black with stars and a faint glow arises from the end of the world, or so it seems. Also witnessed recently.. amazing Southern Lights and perseids. Figurally, a winter at Pole can change a person. The greatest change for me is the arrival of summer... with a new job on a beach... a new menu... and a new way of living life.

This morning after I washed my hands in the bathroom sink I grabbed a paper towel and was hit hard with deja vu. How many times had I stared at the same spot, doing the same thing, thinking probably of the same thing? How many days over the last year have I woken up, put my chef wear on, and journeyed to the kitchen? How many times have I cooked tomato soup from a can... baked frozen potato wedges... and how many times have a mopped that same darn floor? I feel like a bear that has been hibernating for months and has had the same reoccuring dream every night. (Thankfully my nighttime dreams have not been all the same, in fact this morning I dreamt I was transported to the year 2028 where they used blue money instead of green, a new one for me). The little things that do change here are rumours, nighttime dreams, crops, and the menu every once in a while. For the last 5 months it has been cold and dark, so no change there. Auroras come and go, and when they do come it get's us all excited. But, in the big picture, every day is just like any other day... just another meal to be cooked in paradise.

I haven't posted much over the last two weeks because there's nothing really new to show via photographs. My camera doesn't take good pics of the auroras or stars, if it did, I'd be bombarding yal with takes of the universe. The food being made has been made before at least once down here, so for me to post it again is being repetitive. But, I did find the fish hat... 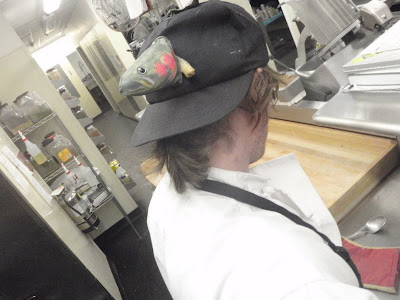 And the greenhouse did come up with some peas, baby bell peppers and eggplant. 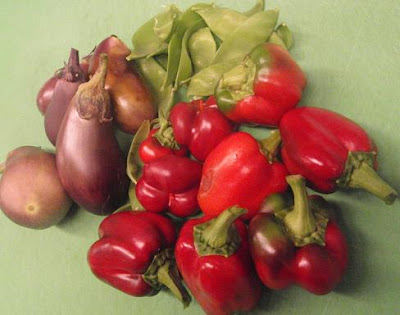 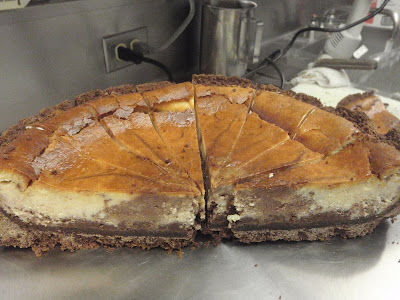 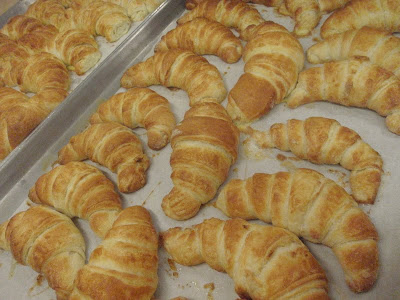 To spice up the starch I did cheesy potato skins... after months of fries, rice, and mashed potatoes at the starch... something like this is realllllly fancy and ecletic. 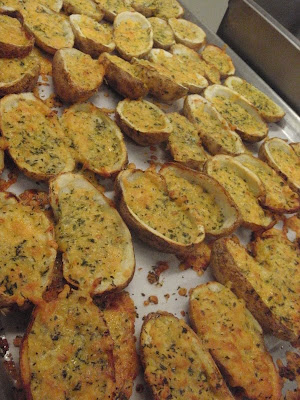 Ah, more crab legs... like every other Friday. If it ain't crab it's lobster and if it's not lobster it's shrimp... to go with the grilled overnight-marinated steak of course. 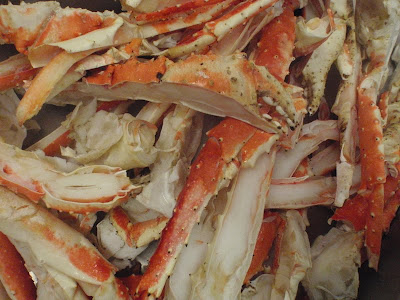 I used the greenhouse crops for salad toppers. 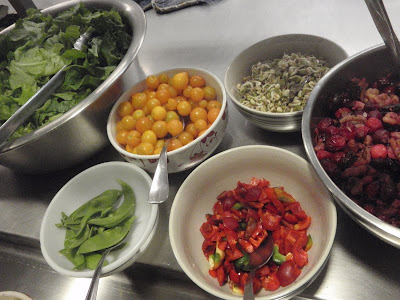 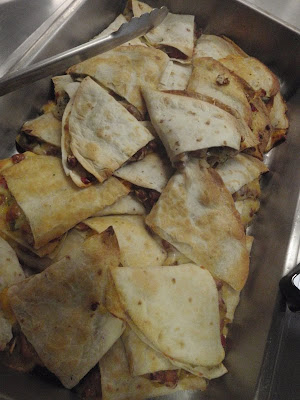 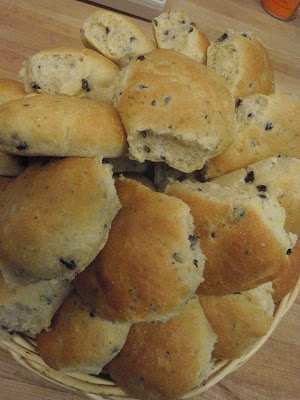 Tonight we had beef enchiladas y moro. Tomorrow is blackened catfish, Saturday we have a town meeting, in two weeks I move to lunch... and that's about all I really need to know. 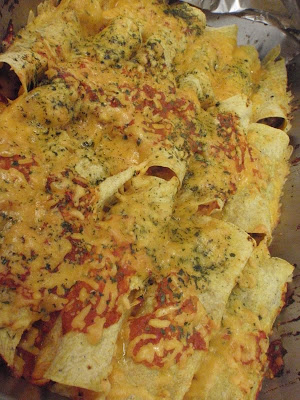 When life becomes a simple routine of maintaining a healthy life-line via good sleep, eat and exercise in a semi-confined space in a remote and harsh environment for nearly a year it gives you time to understand the underlying, or should I say overlying, realms of our existence.
by Cody
Newer Post Older Post Home
codyleemeyer@gmail.com