It's -98.6 F outside. Early in the morning we decided to head out to the ballon launching facility to see what's happening. 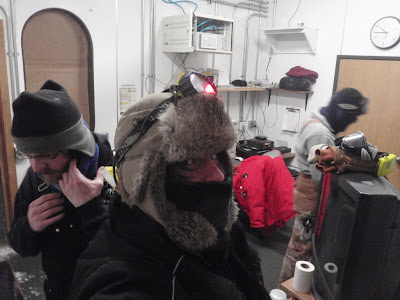 Welcome to the scientist's workstation. 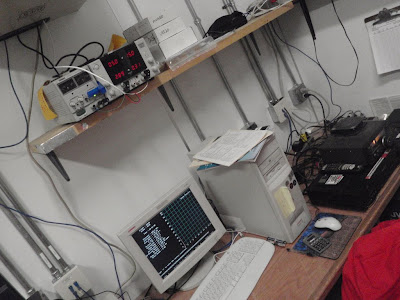 We walked into the launching dock and watched as the balloon filled with helium. 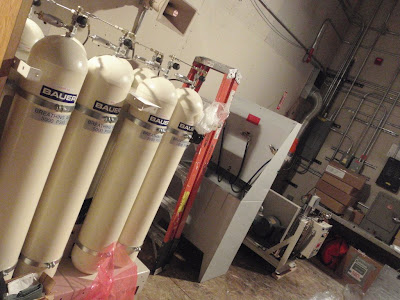 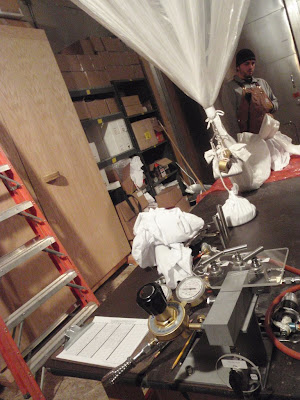 After it filled, we tested the meteorological instruments. These instruments record ozone concentration, altitude, location (via GPS), outside temp., frost point and much more. 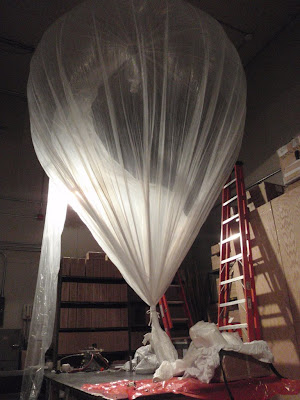 This gadget being charged monitors ozone concentrations in the atmosphere. It hangs 40 meters below the base of the balloon and sends out a radio signal to an antenna above our station. The battery system inside the meteorological instrument doesn't last more than a few hours and we hope that the ballon gets to 25+ km in order to get a proper reading of the ozone in the stratosphere. Computer software gathers the data from the device and disseminates it using a basic GUI, which allows researchers to analyze ozone. I.e., the ozone hole is graphically and numerically displayed on the computer by low values ( <90 DU ) of O3. 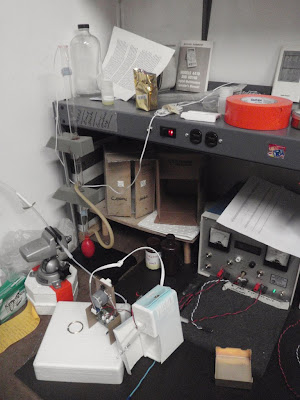 Once the device was charged we took it outside and watched the data output to see if it was working properly and could withstand the cold. 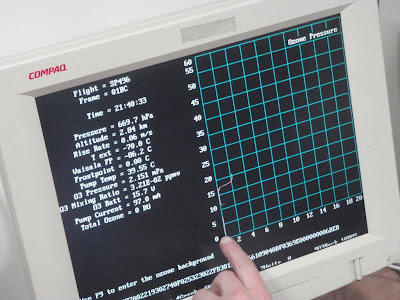 It worked just fine. We then hooked up the box with the met. recording instruments to the ballon, 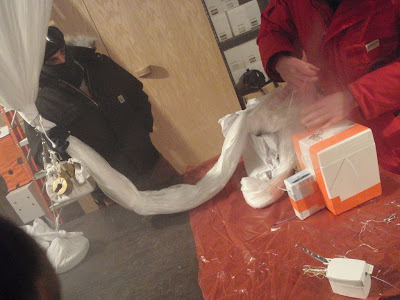 and took it outside. Within a minute the balloon was flying away off into outerspace only to later burst and fall back down again, somewhere, many hours and miles away. 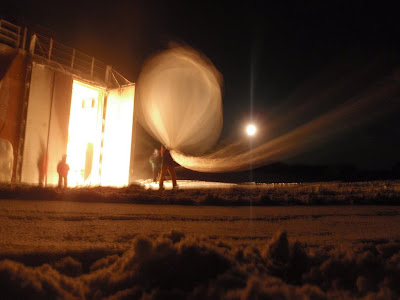 Nowadays we got GPS strapped to the balloon and can see it's exact geographical location. 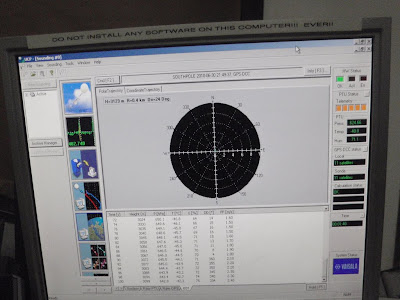 Here's an old graph showing temperature and ozone concencentrations. The ozone hole occurs around October at South Pole when a giant parcel of air get's trapped by the circumpolar vortex. Air in that parcel contains CFCs, molecules that destroy ozone. If the vortex is present and the stratosphere is about -80 F def, stratospheric clouds form and these present a crystalized medium by which CFCs (present in the upper regions of the troposphere found with the parcel) and ozone can interact. Chlorine, from the CFCs, kills the ozone. No ozone = more UV radiation is let in, and well, more thermal radiation is let out... it's a hole... an anti-greenhouse effect. Global cooling? -w/m^2? CFCs stem from developed countries, i.e. freon, these are manmade produces of the hole. The Montreal Protocol has created a push to remove these atmosphere-destroying agents from industrialization, but unfortunately they have a 100 year half-life and the alternatives being produced nowadays are worse. Thankfully, I guess, there's only one spot on Earth that witnesses a stratospheric temperature less than -80 deg F where ozone can get annihilated... and that's the South Pole. Sunscreen anyone? 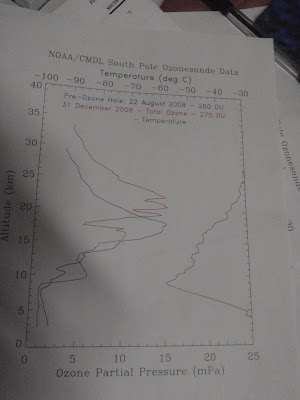