Cold = clear. -11071 fasl physioaltitude. Only 5 more degrees until we hit -100 F and it's early April. Sun has been unsettled to stormy lately.

This morning I awoke from a dream in which I was frantic about getting pizza dough done on time. It was 3:30 AM and I was at the airport with my grandfather, he was drinking beer with some Germans and I was chasing a leashed dog around in the food court. When my eyes opened I had an urge to go outside. I went upstairs and got my coffee and wandered outside. Outisde it was -95 F. For a few minutes I just sat there looking at the scene in the pic below, listening to my breath hiss as it instantly viporizes into ice crystals. When I turned around I saw some weird clouds. At first I ignored them... then I noticed they were dancing and turning green. Am I trippin? 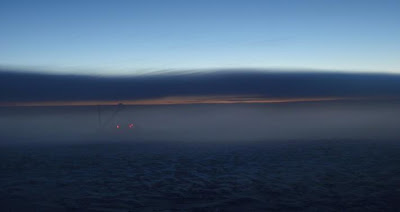 After being mesmorized I journeyed to work. What do you know.. pizza is on the menu. This be my first time cooking 4 varities of pizza (18 total pizzas) for 47 people. For 8 hours straight I busted my butt... frantically trying to get them done on time, kinda like that dream. I got 'er done at the half hour til service mark; salad bar, garlic bread steaks, and apple cinnamon dessert pizza too. Working the dough for the entree pizza took the longest part... we're talking mixing it together, seasoning it, kneeding it, letting it ferment, wetting it, cutting it, weighing it, rolling it, letting it sit again, stretching it, greasing it, parbaking it, topping it, baking it, cutting it, serving it, eating it... 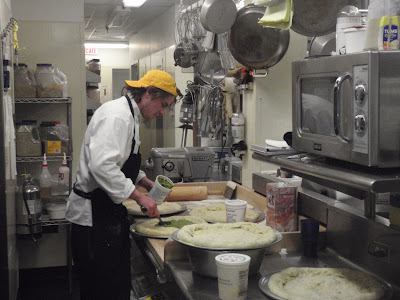 How many pizzas are there? 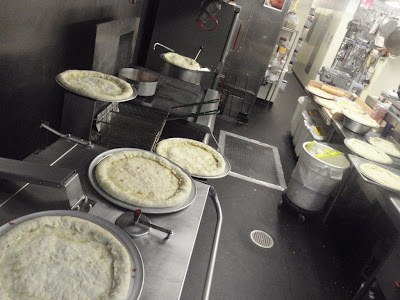 Of course if you're going to do it right you gotta stuff crust it eh. 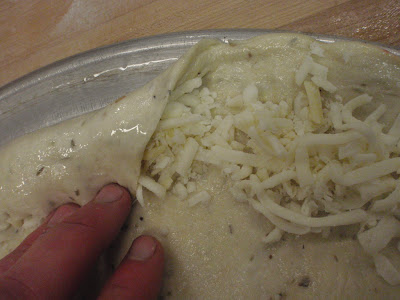 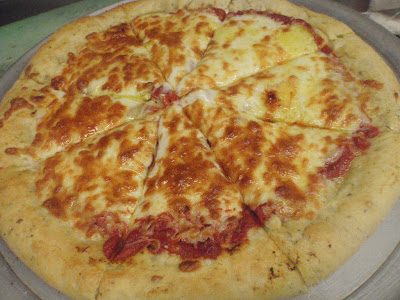 Meat lovers before cheese and baking. 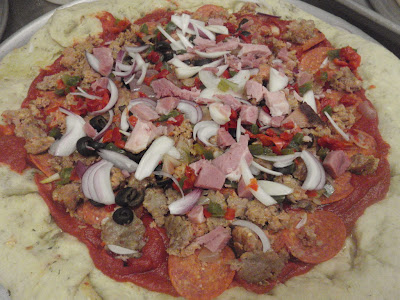 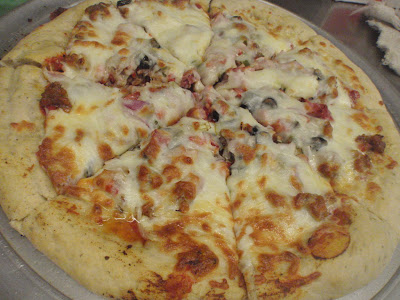 The vegetarian pesto pizza before cheese and baking. 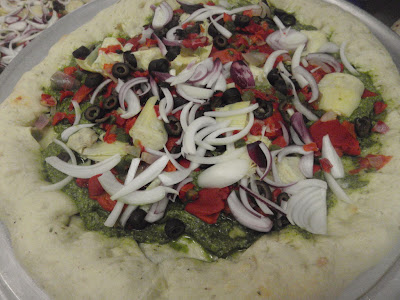 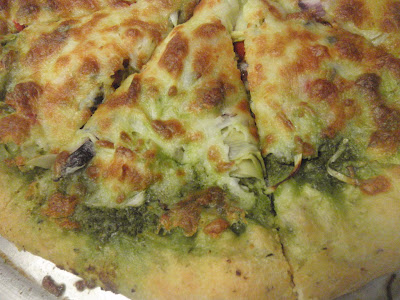 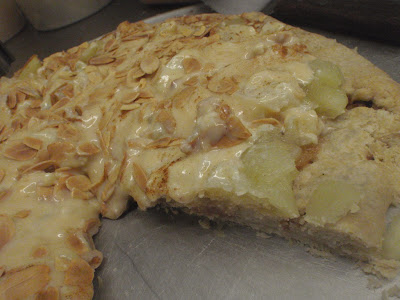 Perhaps the green pizza idea was inspired by the green auroras from this morning. I reckon these came from the tail end of the CME from a couple days ago. 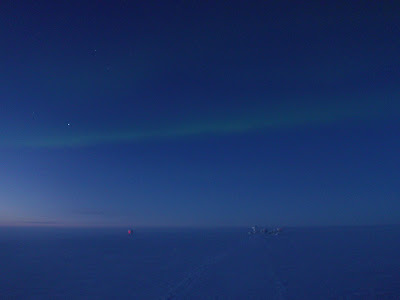 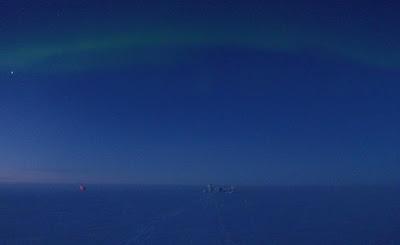 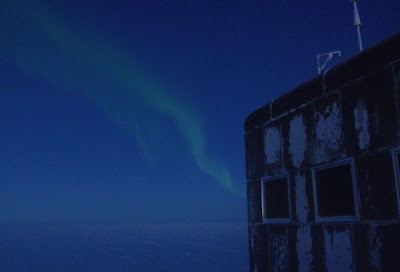