After a hike to the wind turbine in -105 F, and an hour-and-half workout, I headed to the gym to set up the second boxing bag I retrieved yesterday via sled. An Indian Jones marathon was in the running and the theatre was set. Luckily, there was a big sound system of which I could tap into ;) All we had to do was move the chairs around a bit and we were set. 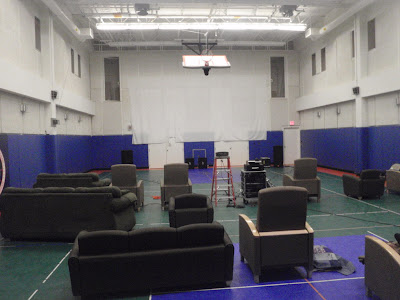 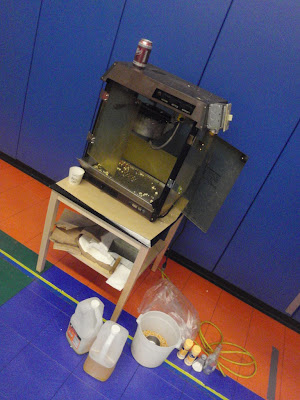 Two is better than one. 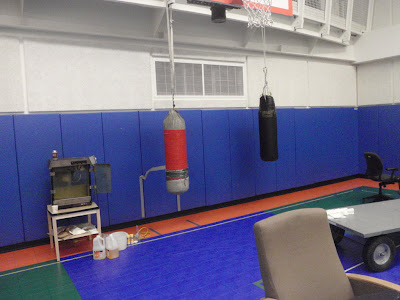 Today I went over the use of a Bo Staff... or any long stick for that matter. 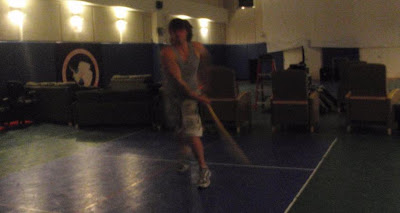 Then into kicks. We liken to the simple front kick and invented a new rear kick... 'the horse kick'... the strongest yet. 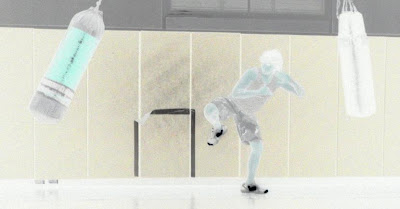 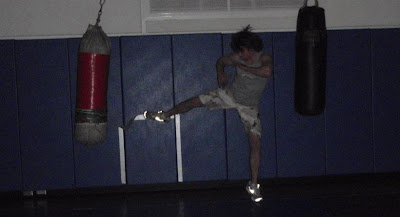 Outside... that darkness in the middle of the pic below, rising horizontally is the Earth's shadow. 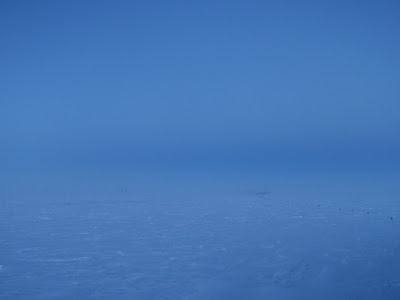 South Pole wind turbine. Even though it was -105 I remained really warm. In fact, when I returned to the station I was sweating. Hikes are nice even at -105. Free energy is the way to be. 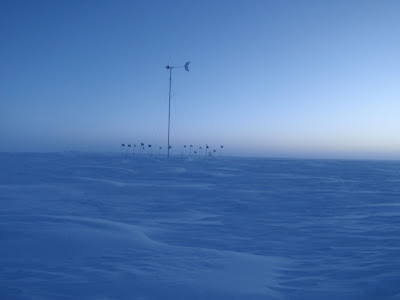 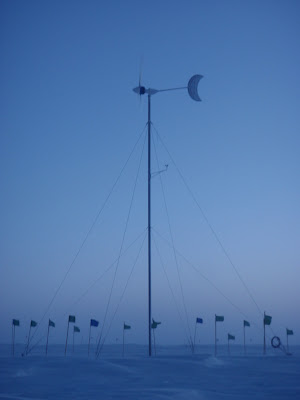 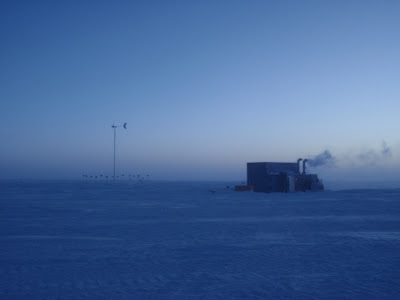 You can barely see the purple band in the sky in this picture, but in real life it's like white ice... blue sky... a big purple line in the sky... then more blue. Chef says stars should be popping out soon.. can't wait. Then it'll be auroras and galaxies, if lucky a supernova. 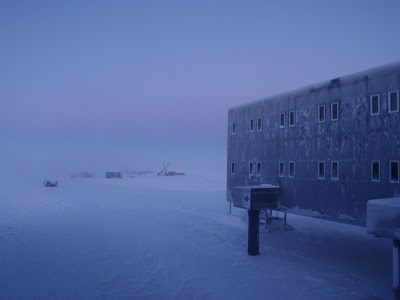