It's official... I'm heading to 90* South Latitude, eg. the South Pole Station for winter. The psychologist says I only have a few screws loose and the doctors tell me I'm doin just fine. So let's do this. On my birthday I fly to New Zealand for Sounday, a big music festival, and get a week to relax, rest, and shop. Come end of Feb. there will be no flights in or out of Pole. We will be living and working in extreme isolation, basically living on Pluto for 8 months with a nice three months of complete darkness. Francis, Raul, and I will be the coolest, coldest chefs at the most southern point on the globe in the darkest, most remote kitchen on Earth with 40 people to cook for. Til then I'm going to spend my time out of the kitchen soaken up the sun food. 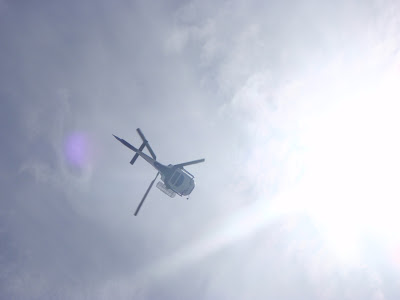 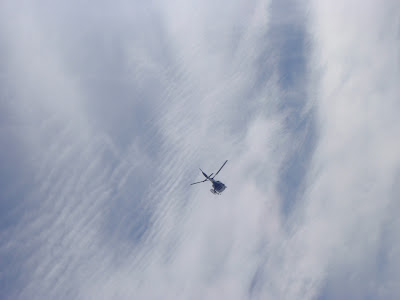 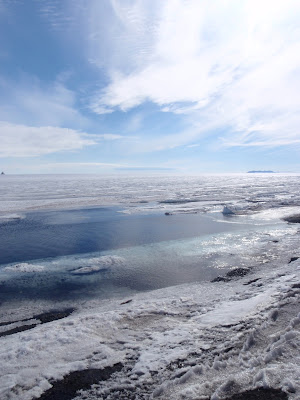 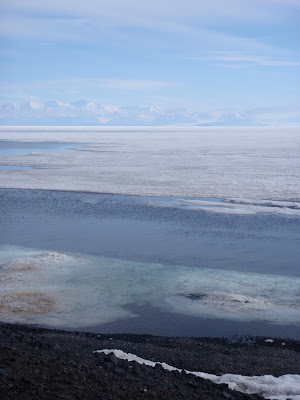 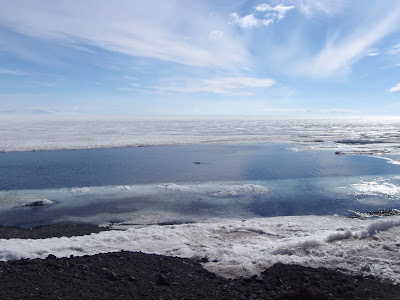 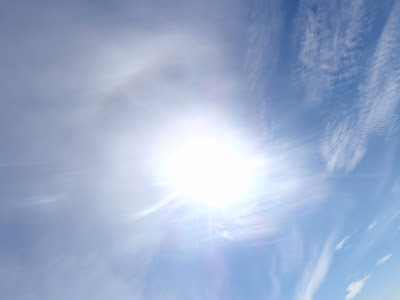 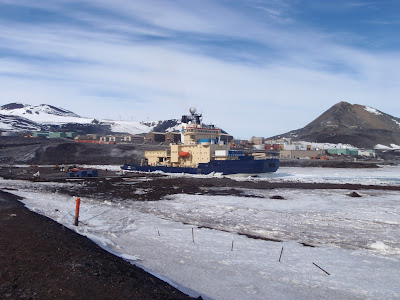 The many shades of blue. 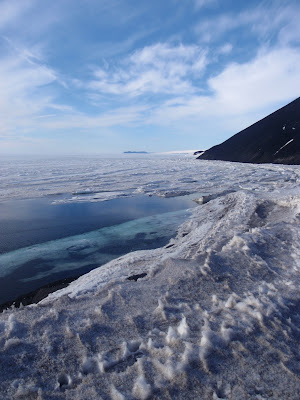 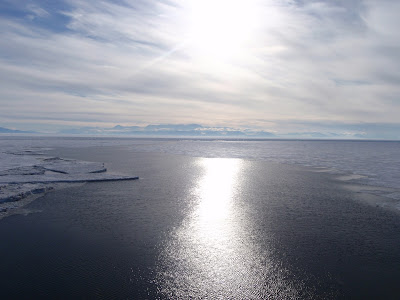 Penguins everywhere. After a week of watching them I know their a bit about their movements. In the morning they migrate northward by ice to the tip of Ob Hill and in the evening around 8 PM they migrate southward to Hut Point to get chased by seals and take a dip in the pools. They are also moving lots of rocks around. I think that Hut Point used to be a nesting spot and like salmon, they return to their roots to breed every few years depending on environmental conditions, i.e. water temperature. Perhaps they are just looking for a cool spot to build a nest. But, with the icebreaker, vessel, tanker, and associated interference they are most likely only passing through since it will get really noisy with the unload and much of the ice will vacate from the shoreline. Last year it was sunnier and the ice cracked and floated out to sea sooner, thus we didn't see many penguins. This year we've had a cooler summer with more snow, and the ice has held late into the season. It's just now starting to break into big bergs. I estimate that the ice should be all cracked and gone from Hut Point Harbor by the end of next week. Will the penguins nest at Hut Point or will they move? 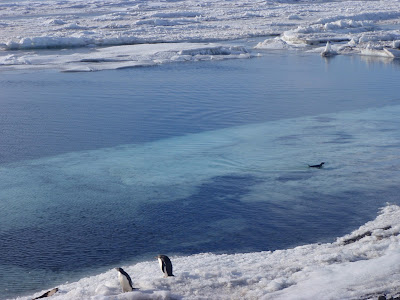 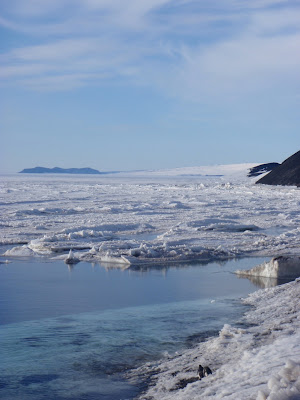 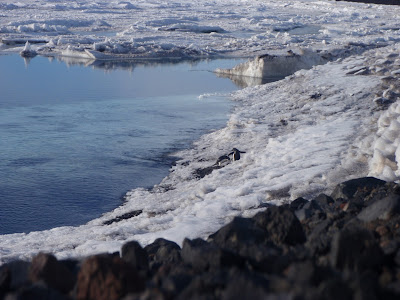 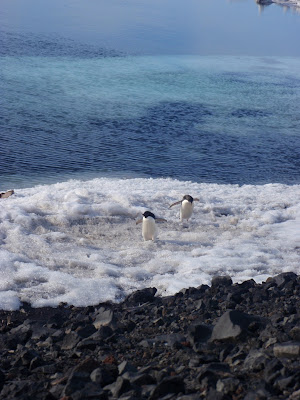 These two popped up on the shore with two others, all of them were being chased by a seal. One couple hopped back in the water, and these two stuck around to play with rocks. They were there for the 4 hours I was there and when I left they were sleeping next to each other. 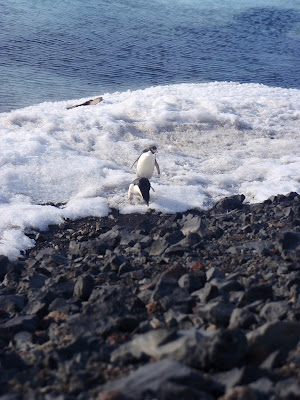 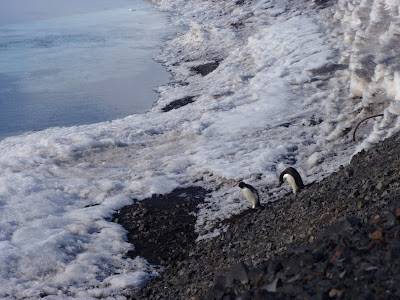 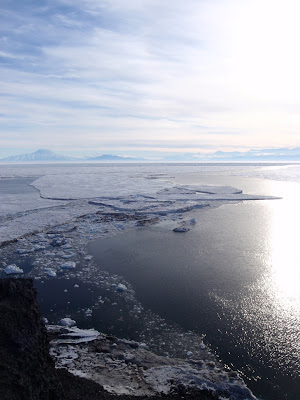 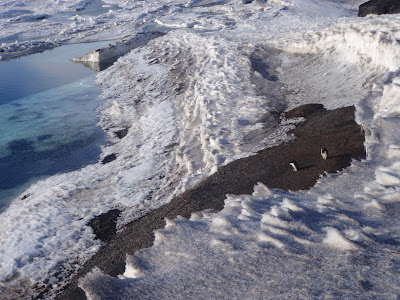 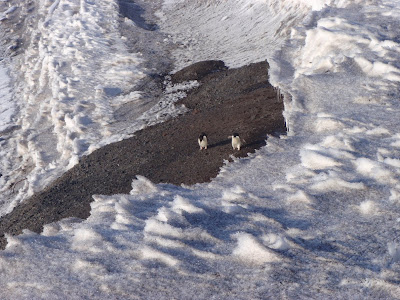 Around 8 to the north of the point I heard more penguin gibberish. 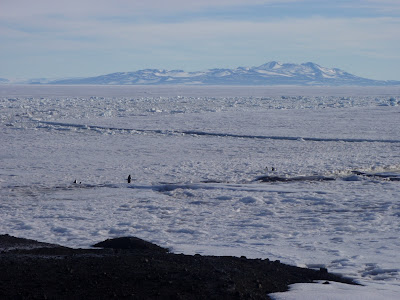 It took them 20 minutes to figure out how to cross the crack. 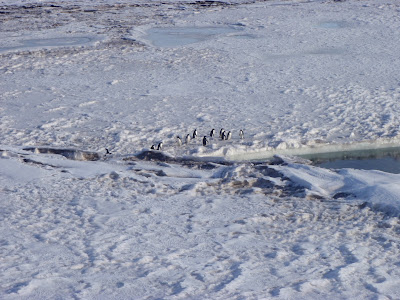 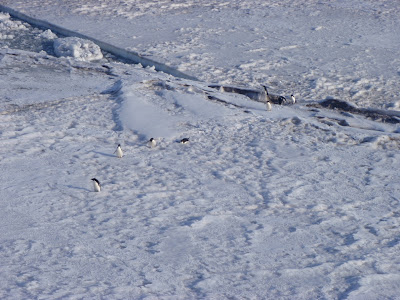 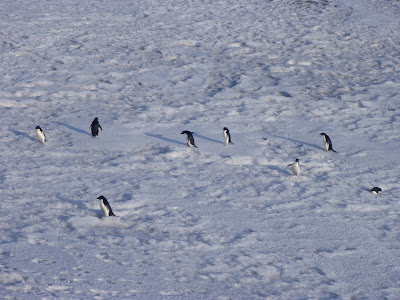 As soon as they hit land they starting swallowing small rocks and moving them around. 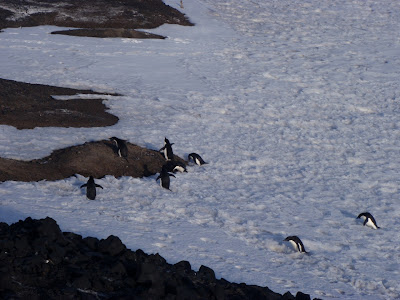 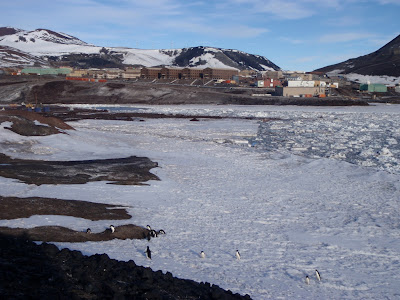 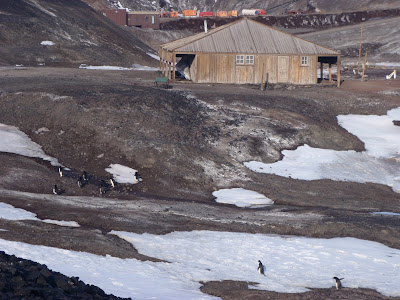 Ain't no stoppin these penguinos. 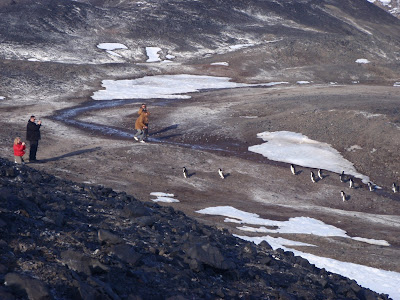 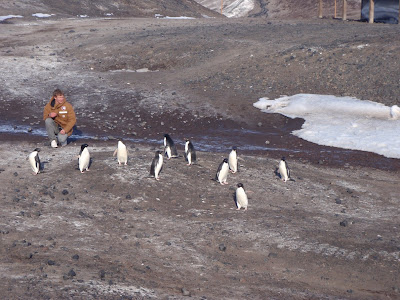 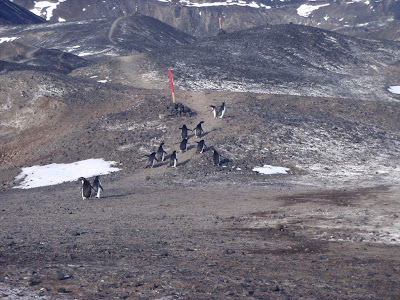 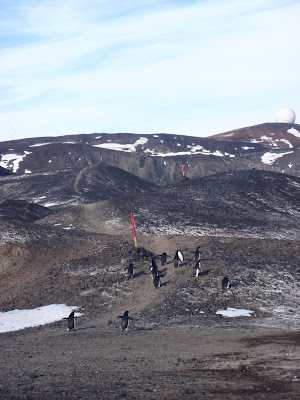 After the race they decided to head back to the water's edge for refreshments ;) 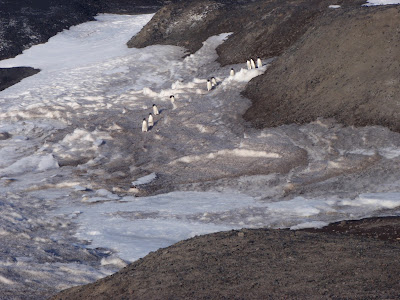