The next day after my arrival I get straight to work. Here I am at 5 AM and 15 degrees F. It's actually not that cold. 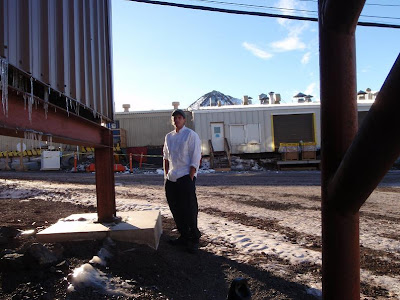 The bakers. My bestest buddies. 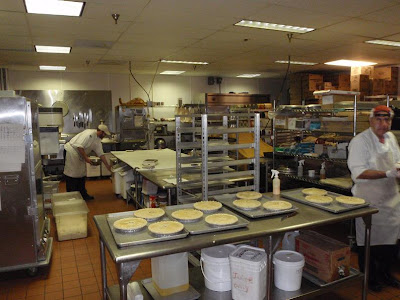 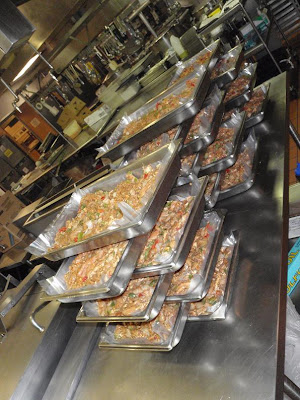 Some faces from last year, here's the deli queen Becca. 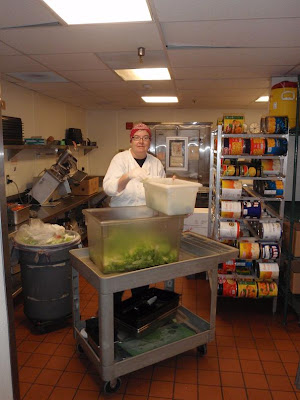 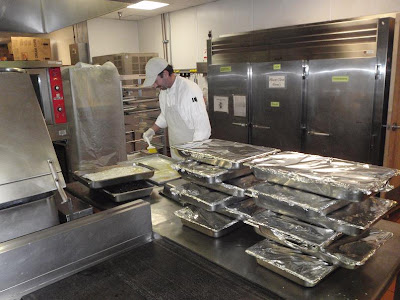 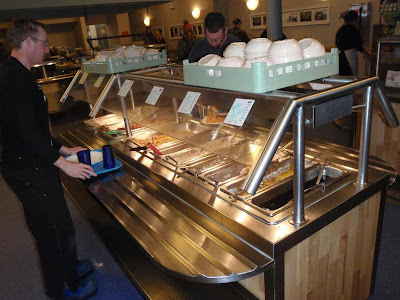 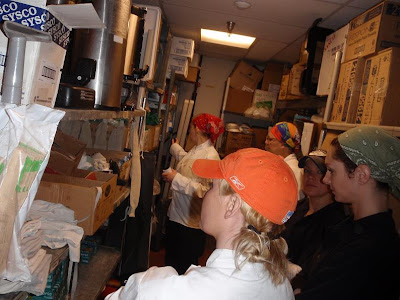 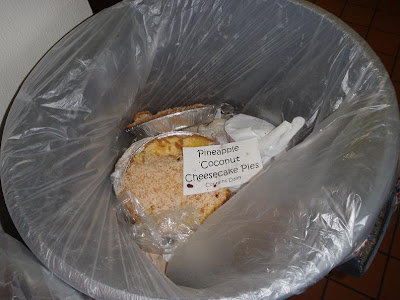 8,000 - 10,000 lbs. of freshies a week. Nearly twice as much as last year. Raytheon has extended their contract and that means we get plenty of freshies!!! I was so excited to hear that we would be getting tons more fresh stuff, and then all the other chefs looked at me and frowned, as if more freshies makes us work more or something. 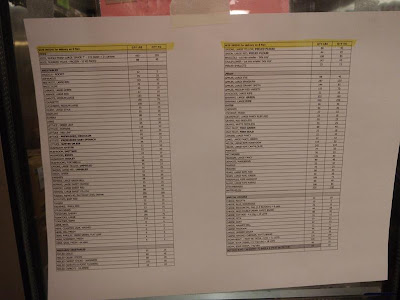 Then I found Leon. The craziest character in the bunch, he specifically asked me to bring down Marilyn Manson's 'This is Halloween' song. 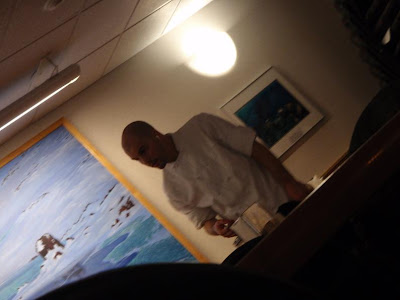 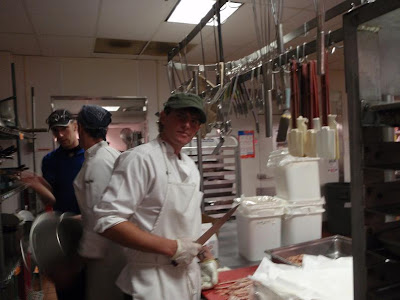 Hurry guys we only have a couple hours. 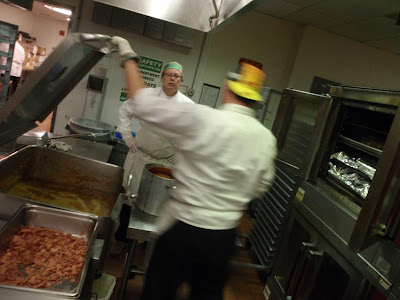 Towards the end of the day I migrated back to my fav. cool spot in the kitchen, the salad room. There I chopped about 20 cases of lettuce in 45 min., enough to feed our station for dinner and part of lunch with salad demands. 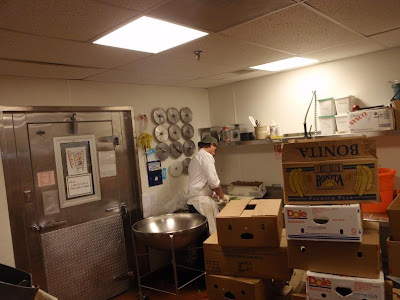 Progress is witnessed by how big your fort is, or so that's my rule. I've had forts three times as big as this. 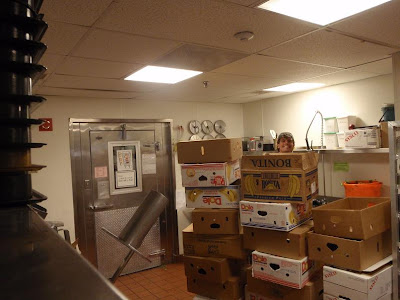