Water conservation = energy conservation. I went to the recreational office today and told them about my boxing club and Antarctic Conservation League ideas. They loved it, boxing club has now just started and ACL will start up once I get a projector and time to present upstairs in the Crary Science lab. Yesterday I went to a really cool talk all about the Ross Sea. The greatest thing I learned was that Ross Sea is the last remaining untouched marine ecosystem that has a full trophic system extended from many top predators to very small prey like plankton and krill. So many large swimming animals swim in this area, like killer whales (of which there are three species... a fish eating one, a seal eating one, and one that likes bigger prey), minke whales, and various seal species. Dr. David Ainley threw many stats at us, like 25% of the killer whales of the world reside in this area. Millions of Adelaide and Emperor penguins reside on the ice around us, that's cool and all but why so few near McMurdo? I was disturbed to know that New Zealand has depleted the silverfish species by more than 50% from fishing. Fishing has just began to make a hit in the Ross Sea region, but the good thing is that it's becoming less popular due to outside pro-environmental pressure and because sea ice is more prevalent. Until about 30 years from now we expect more ice cover in the Ross Sea area because there will be more winds come from the south. The greatest effect of climate change in this area will be higher winds, which in turn creates more ice. Higher winds is a byproduct of cooling at the south pole due ozone depletion and stratospheric cooling and warming of the temperate zones north of us. Cooling of the south and warming of the north creates a pressure gradient that accompanies high winds. Good news is that more ice will stop boats from fishing. Who keeps an eye on fishing fleets? No one really except the few scientists out in the field. I like the doctors idea about sending unmanned arial survelience planes out to watch over the seas, or maybe a Russian nuclear icebreaking sub. Far fetched, but how else can we stop illegal fishing and the destruction of the last pure ocean? Anyways, ACL is going to make a hit on the Ice this year :) 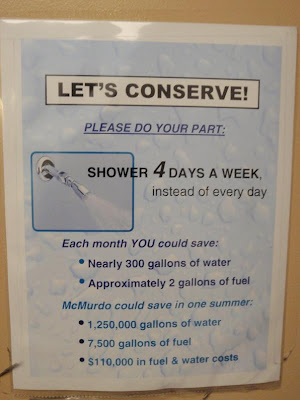 In the kitchen they've been having me do soups. I never did soups last year and I never eat/drink soups. Soups to me are like water that tastes like good food, if I want good food I will eat good food and if I want water I drink water. But, boss tells me to do it so I do... yesterdays was Cream of Mushroom. 1,200 people currently on station, many mouths to feed, that's a record in my book. 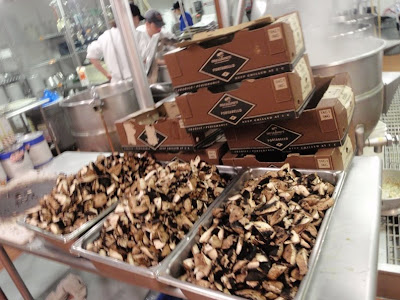 Sautee with butter and garlic. 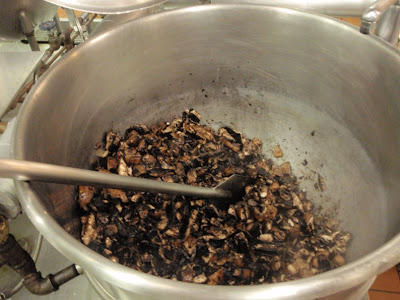 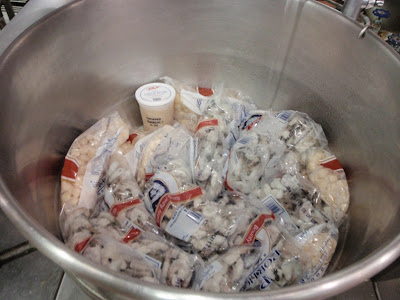 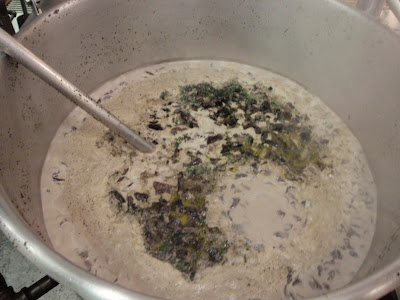 Below they are discussing which composed salads to put out first. 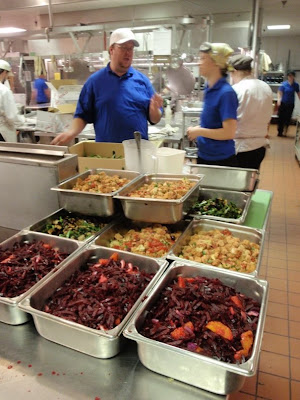 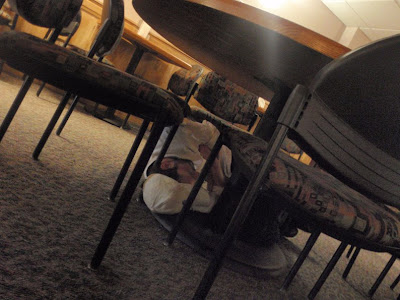 After my soup was done and I'm all stretched out, it was time to get the roasted root vegetable side dish roasting. I estimate it to be around 250 lbs. of pumpkin, potato, kumara (new zealand sweet potato), and parsnip. 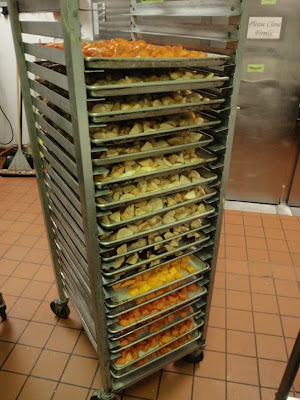 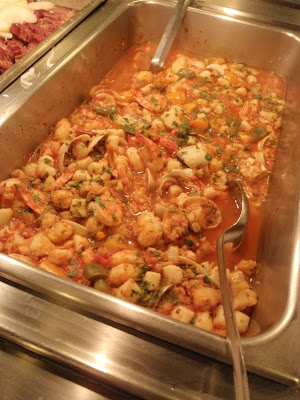 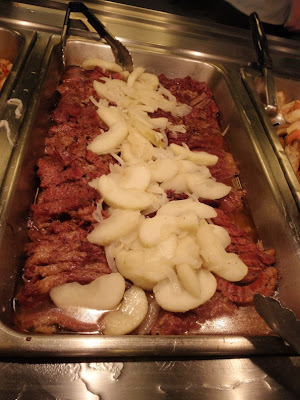 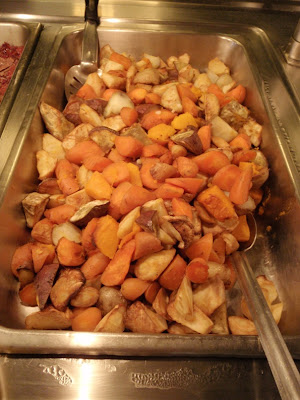 We also put out a quick and easy frozen veg. as the main veg. side. 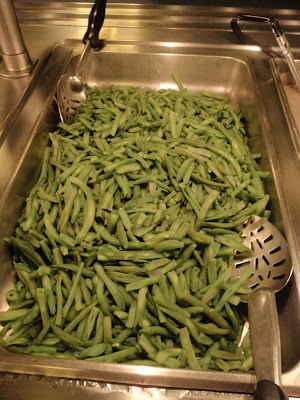 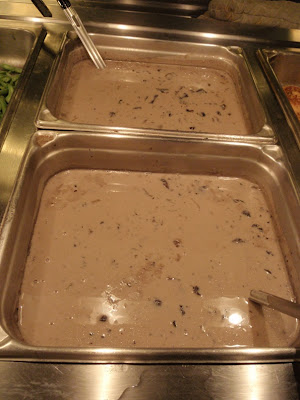 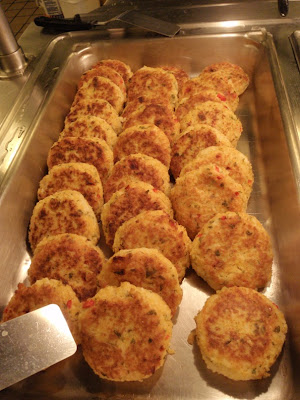 Today was the same deal pretty much... I had to do more soup since they liked yesterdays and also the vegetarian entree. Below Raul is playing with the chicken for the wild rice and mushroom (hmm sounds familiar... 4 pans of leftover boomer soup used as the base for the sauce) chicken casserole. 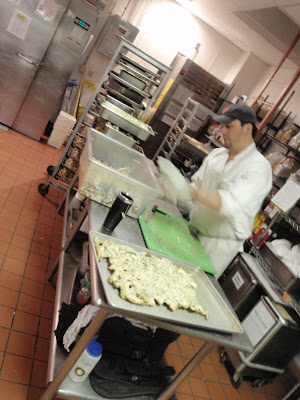 Then word goes around that a storm is coming. The guys from runway came back and said that when they got out of their truck their hats and classes blew right off. On the way back they couldn't see more than 20 feet in front of them. On the ice it's a near category 1 storm, on station it's only cat. 2 right now. The start. 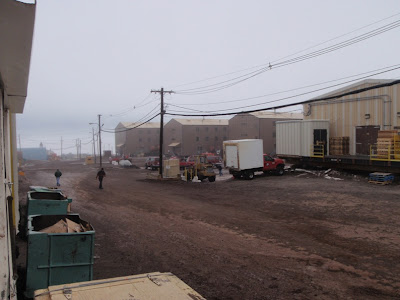 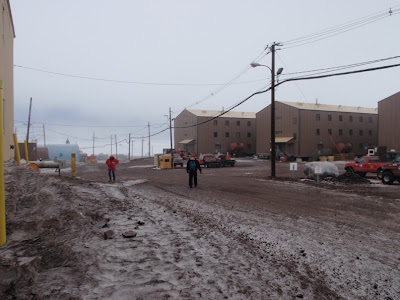 Workers having fun in the 40 knot winds and blowing volcanic dust. They are working on our new freezer. 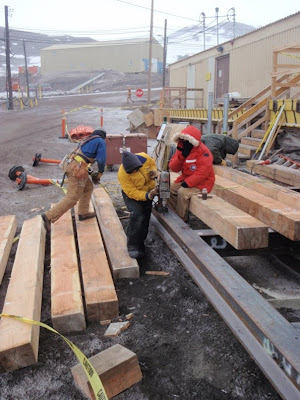 Back inside we're getting nice and toasty, Raul and Big Guy throwing bread crumbs on the casserole and getting ready to bake it. 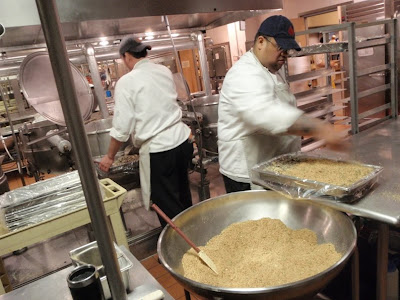 Meanwhile I engineered a crazy way to cook the nasty tofu. 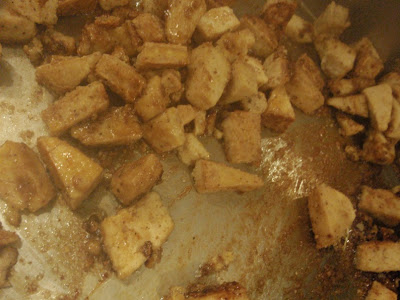 Pretty much a secret, but it's carmelized tofu, onion, and apple cooked through three processes. I have a sweet tooth, duh, and this was like dessert. Everyone who tried it gave me a thumbs up, rock on. 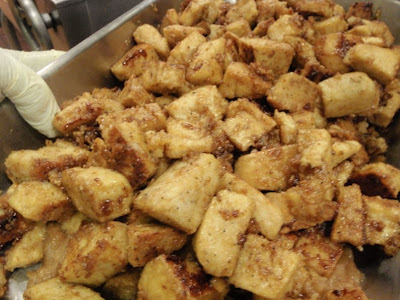 She's getting worse out there and it is just going to continue. 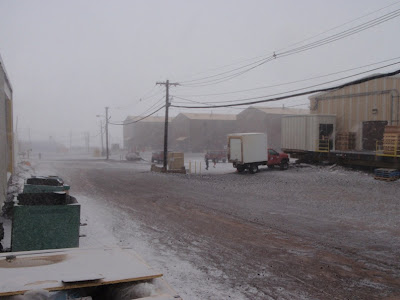 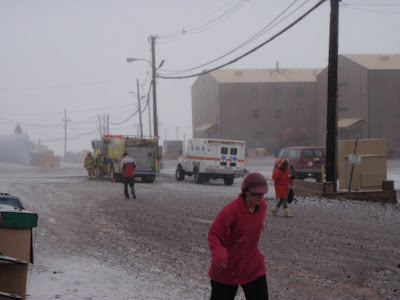 Boxing is back in business. Oh ya. 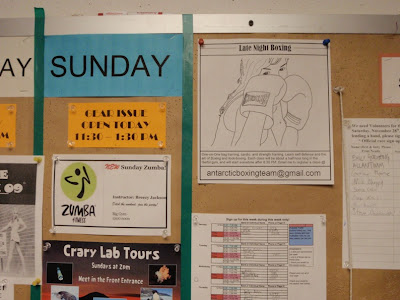