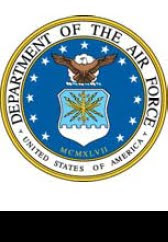 Joint Task Force-Support Forces Antarctica, Operation DEEP FREEZE, is the only U.S. Air Force-led standing JTF. First commanded by famed polar explorer Navy ADM Richard Byrd in 1955, ODF is now supported by the U.S. Air Force, U.S. Navy, U.S. Coast Guard and U.S. Army. JTF-SFA provides operational and logistical support to the National Science Foundation and the NSF’s U.S. Antarctic Program. The U.S. military is uniquely equipped to provide peacetime logistics support to the NSF in the accomplishment of the NSF mission to conduct multi-disciplinary scientific research throughout the Antarctic continent. This involves coordination of inter-continental airlift by USAF C-17s and ski-equipped LC-130s; on-continent, intra-theater airlift by the LC-130s; aeromedical evacuation support; emergency response; sealift; seaport access via USCG icebreakers; bulk fuel supply; port cargo handling by the Navy; and other transportation requirements necessary to assist the NSF in its continent-wide responsibilities in Antarctica. This Department of Defense support is made possible through the provisions of a Congressionally-directed Memorandum of Agreement which exists between the DoD and the NSF.

ODF is unlike any other U.S. military operation currently in existence. It is possibly the U.S. military’s most difficult peacetime mission as Antarctica is the coldest, windiest, highest, driest and most inhospitable continent on the globe. "