I'm doing my PADI Open Water Diving Certification through Glovers Reef Atoll Resort. They are located two islands down from the island I reside on. I cook lunch for our team, study the dive book, then they pick me up at the dock and we cruise to the dive center for lesson. This is a killer boat. Reminds me of Waterworld. 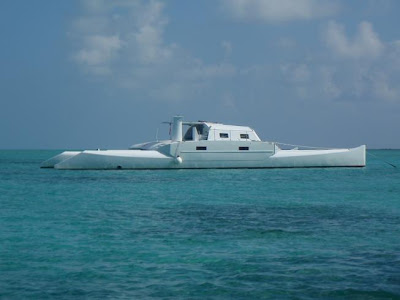 The resort is very colourful and there was a lot of activity going on when I got there... fishing boats heading out, women cleaning out kayaks, Warren playing with his fishing net, Becky was preparing the dive gear and the cooks were getting lunch ready. 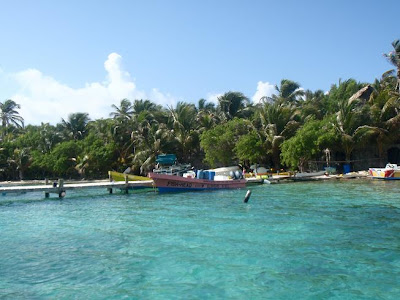 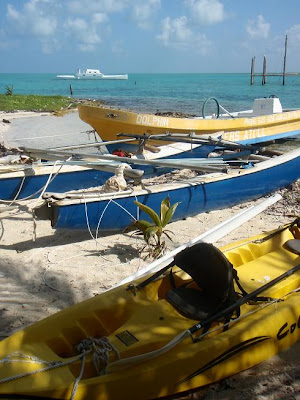 Dogs were the first ones to greet me. 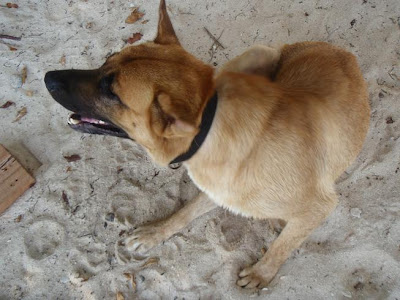 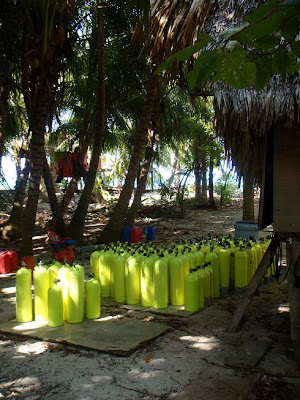 Becky and the dive gear. 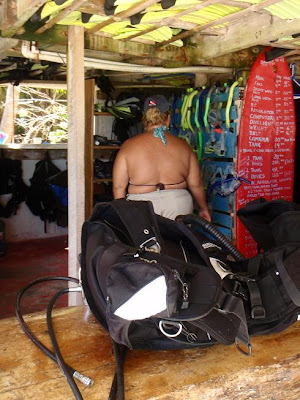 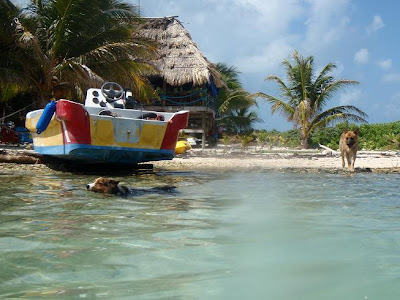 This pup wanted to do some diving with us. 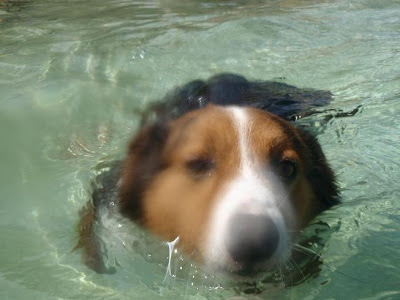 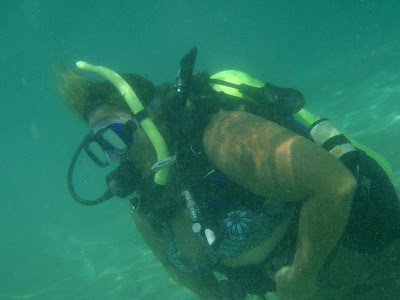 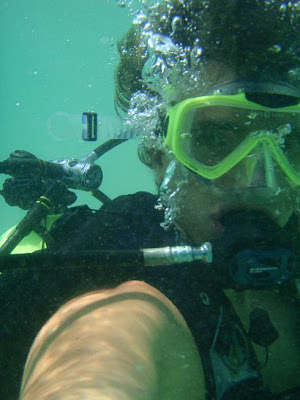 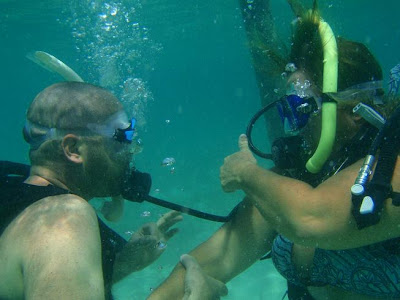 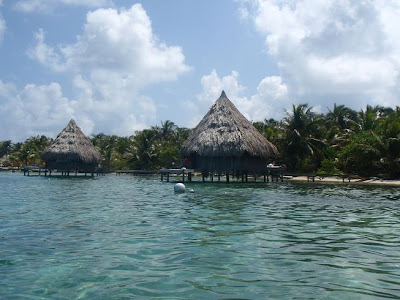 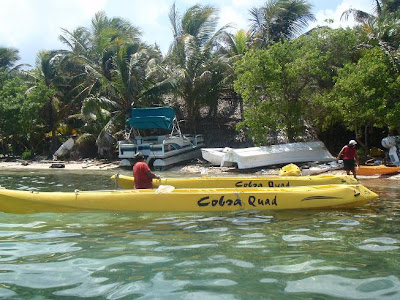 Then we took off to the deeper water to do our 20 meter dive. 45 minutes. 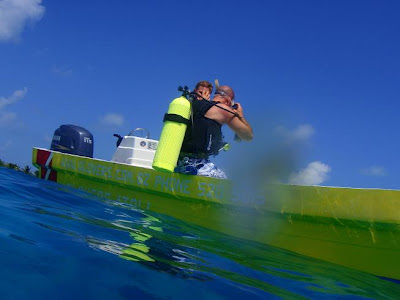 Warren is a big boy that takes pride in his fishing, he is by far one of the most intuitive fishermen I have seen. 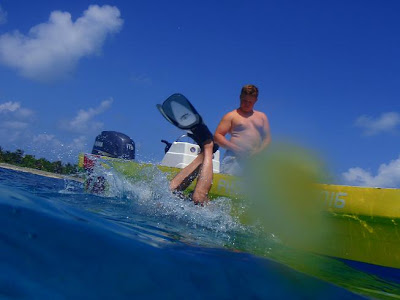 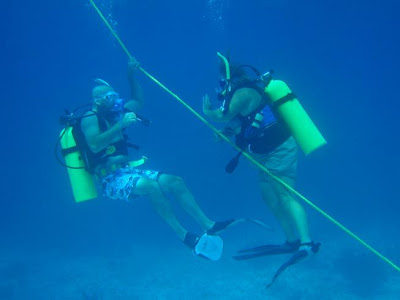 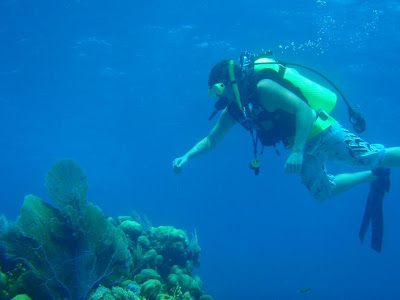 I figured that since I am surrounded by this beautiful reef ecosystem might as well get as much of it as I can. Once certified I will be good for life. Maybe I can do some ice diving in Antarctica in a couple months. 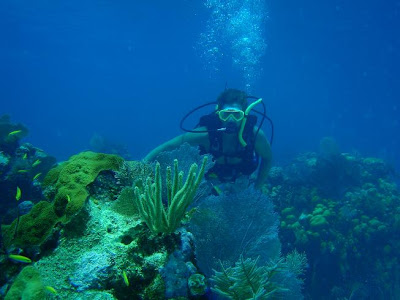 The trigger fish hung around me again. 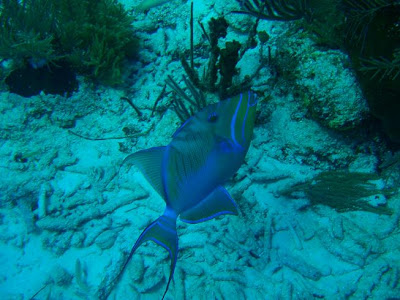 As did the barracuda. I saw a giant Eagle Ray that had at least a 2 meter wing span. When I returned to the station I told everyone about then Alex's dad goes, 'Ya, we saw it do a full breach while we were monitoring the stingrays.' That would be an awesome sight. 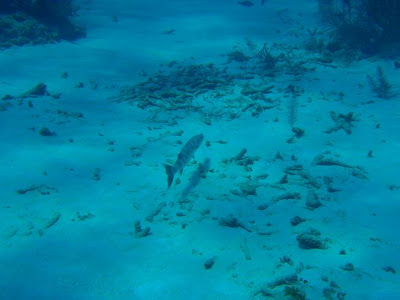 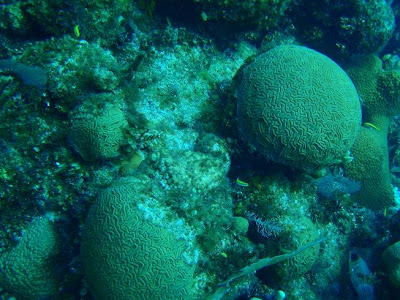 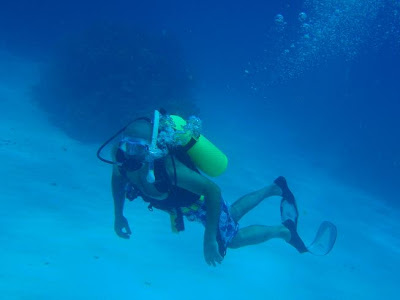 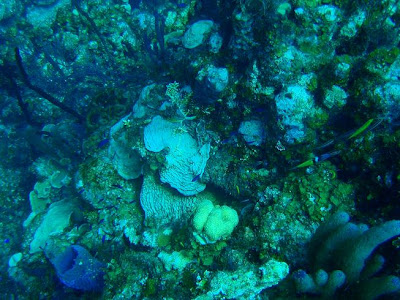 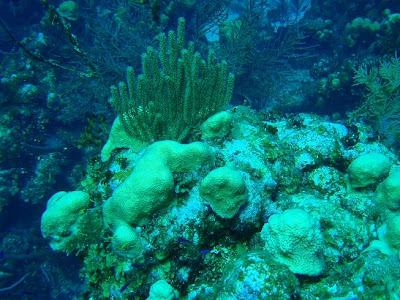 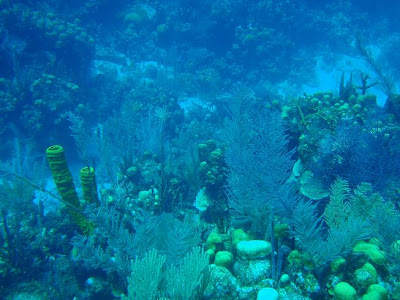 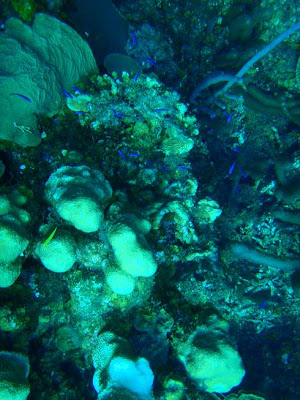 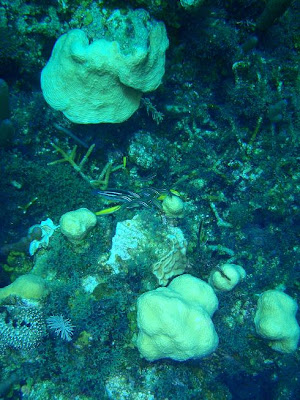 When I returned to the research station Alex told me that we have three more people on the island to cook for (the phone company guys). With 5 Belizieans, 1 Mexican, 1 Venezuelan, 2 Americans, and 2 British I decided to integrate local cuisine with fancy Western tastes. I made homemade tortillas, deepfried them into crunchy taco shells. Then loaded them with a layer of rice, black beans, added a red chili sauce, then about 8 oz. of red snapper, and topped it off with sauteed onions and green pepper. I've never seen this fish taco on a menu before, completely original and very tasty! 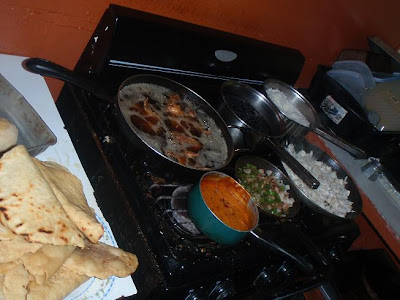 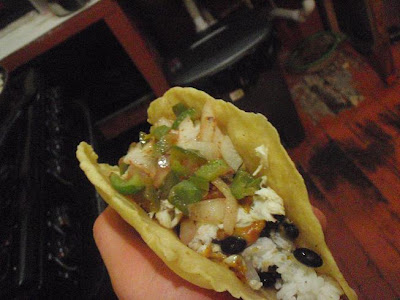