Every day now I'm doing the 7 mile run to-and-from our lodge to the lagoon, rain or shine. The beach I run on is like a wildlife highway. There are fresh bear, caribou, moose, ATV, fox, eagle, wolf, and Cody tracks inprinted in the sand daily. 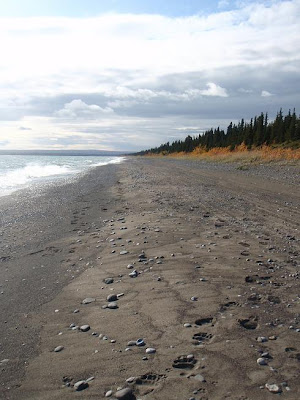 While running I watch the prints by staring down and try to interpret what the activities were. Recently I've been following the paths of a mama and baby bear. The mom likes to hang around the bush at the top of the beach and the little one likes to make zig-zag paths near the shoreline. Every once in awhile you can see where he/she goes for a small fish that's come on shore. The wolves and foxes cruise net to the bear marks, probably because bear tracks are indicators of food somewhere along their route. The dogs also like to munch on large branches that have come to shore.

Yesterday I was watching an eagle soar above my head, scouting out the fish in the water, and I name came to me... Running Wolf. I remember my native teachers telling me that eagle and big birds of prey are closely connected to sky world and deliver message between our world to spirit world. An alternate, ancient descripition is of thunderbirds carrying smoke (intentions) from our world to the sun and then bringing feathers or lightning bolts back. Lightning keeps the underworld serpents at bay... more lightning = more sin exists in our world. A feather is a message, a token, a gift, and for some cultures a sign of social ranking. That viewpoint stems from ancient native mythologies. But, still believed today by many tribes.. eagles are messengers. Maybe the realization of 'Running Wolf' while I was running and looking at brother eagle was my message. I've already given the name Tall Silent Foot to Quinton, he's tall and sneaks up on you like a bear would. Rachel ain't got a name yet, Lunchbox Princess? And Brad's name? Hmm... Likes to Fish. 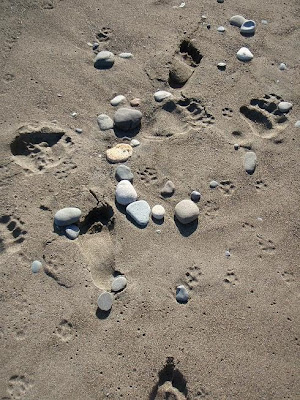 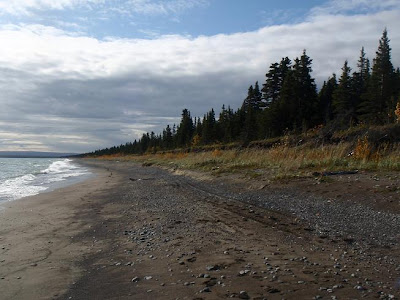 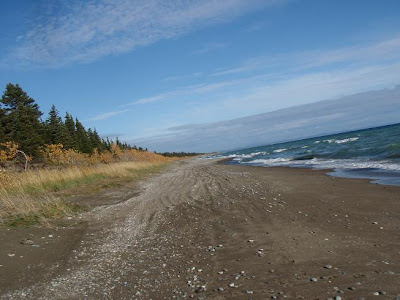 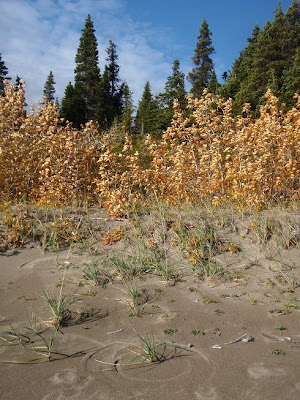 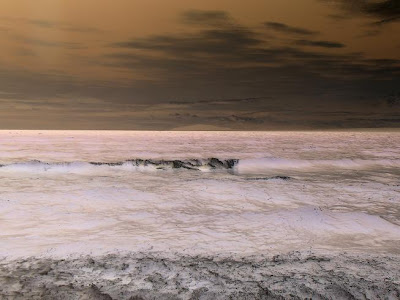 95% percent of the time I'm smiling, but there are a few times when I'm running, the music is cranked up, my testosterone is sky high and I ponder fight or flee situations with bear. What if a mama bear decides to jump out of the bush to chase me? I try to keep a 360 view on my surroundings, but as I know from experience, bear will show up quietly at times when you least expect them. Worse case scenerio I'd stand my ground by waving my arms and shouting, maybe scare it with a rock, if that don't work then I'll be taken down and play dead for a few seconds... but if there is one bite or claw mark I'd have to start wrastlin' that bear and kick it's butt. All else fails do the one-mile sprint. 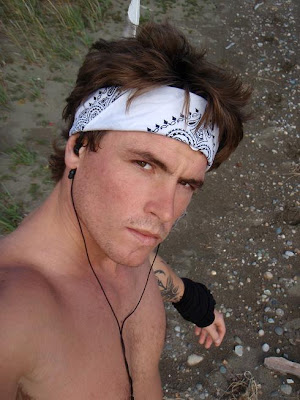 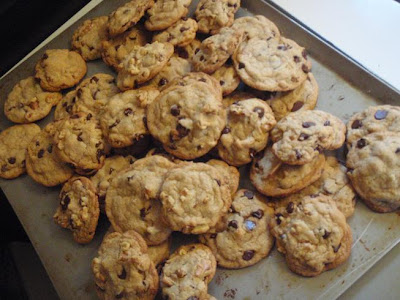 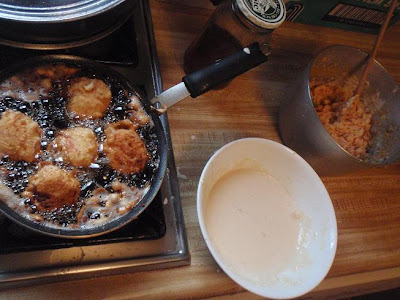 The mac n' cheese came from a side dish from dinner last night. It was homemade and baked. It's basic ingredients were elbow mac... cooked, cooled, and drained. Add that to a rich white sauce (heavy cream, butter, flour, bacon fat) seasoned with worstershire, cream sherry, garlic, onions, bay leaf, fresh parsley, fresh dill, and bacon. Then to the white sauce add cheddar and bleu cheese. Mix it all up. Line a casserole dish with lots of butter. Crush up plain Ruffles potato chips and create a thin bedding. Pour in half the mac n' cheese, top with cheese, top with potato chips... pour in the other half, top with cheese, top with potato chips, then top again with more cheese. Bake uncovered until top becomes browned, sprinkle some fresh parsley on top and season with salt n' pepper.

Serve it warm, let the dinner guests eat as much as they want. If you're a keen cook you'll know to make a few cups more than what they willl eat. Take the leftovers and store in the fridge. Next day take it out, heat in a heavy pot and add about a half cup of cream. Add a little more cheese and make sure it's extra cheesy. Turn off the heat and let sit for about 10. Then chop up a bunch of smoked salmon fillets, deboned of course. Add that to the mac n' cheese. Mix it, but not too much because you want to keep the chunks of salmon chunky and not mushy. Let cool until you can create a ball and it will stick together well. Dip the ball, 1-2 inches in diameter, into a wet fry batter (eggs, flour, milk, seasoning), drip of excess batter, and deep fry in bacon fat. Very delicious. 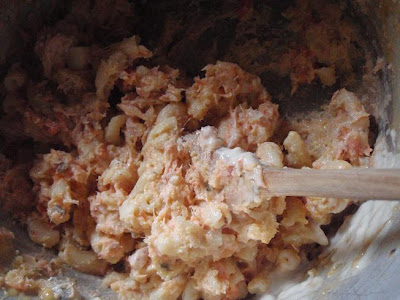 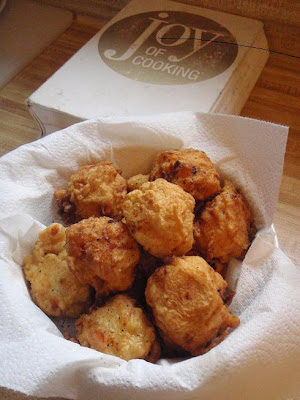 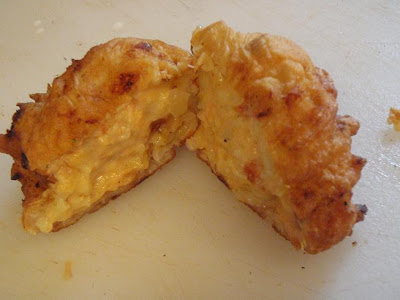 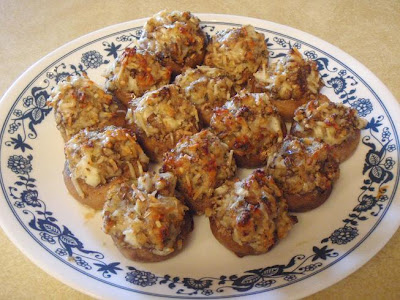 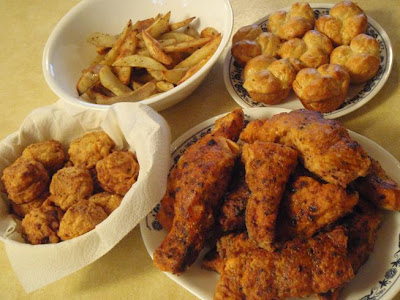 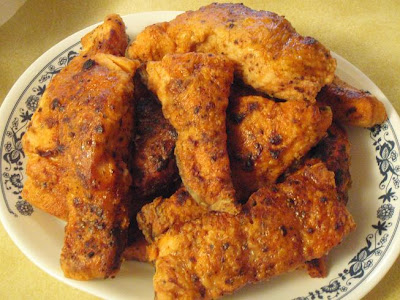 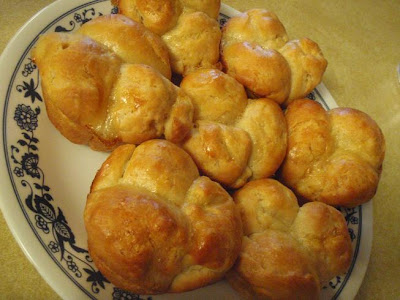