Perched above the tree tops I can see the bald eagles watching me as I run down the beach, but they have probably spotted me miles down. 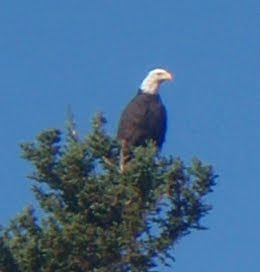 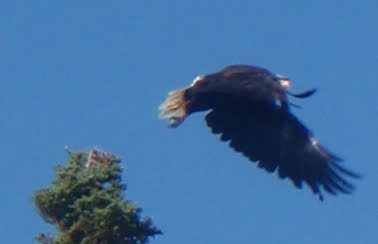 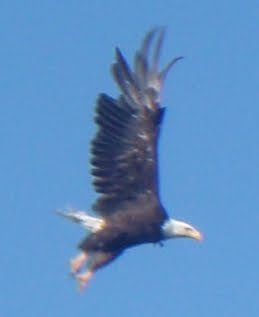 Every other day I run 3.5 miles down to the lagoon. It's a gorgeous retreat. 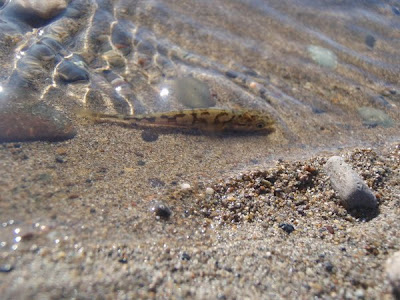 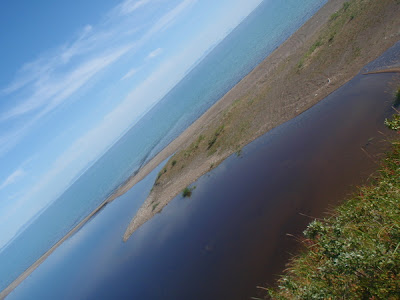 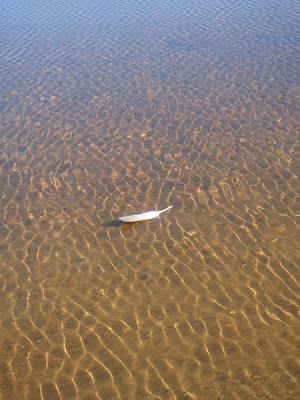 Bear, wolves, and man trek the marsh and beaches near the lagoon. Haundenosaunee elders in Canada told me about the mythology behind wolf, bear, and man. Bear and wolf clans are essentially brothers, the two animal species are alike, yet share different traits. Bear clans are diggers, they dig in the soil for Earth's medicines like farmers, like bear. They are the ones who retain the wisdom of the plants, often clans governmed by powerful women. Wolf clans are nomadic, yet keep family alive. Although a drifter, wolves have strong family connections. Prophetic in nature, close to the full moon. The next series of evolution would be man, or at least a man reincarnated from the wolf spirit. Below you can see the three brothers. 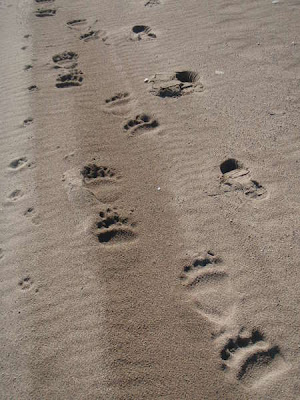 And then what's this? Where did it come from? Where's it going... 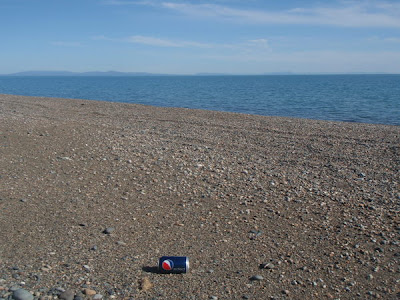 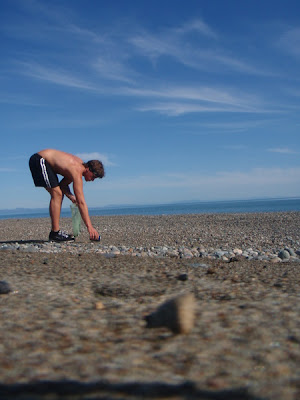 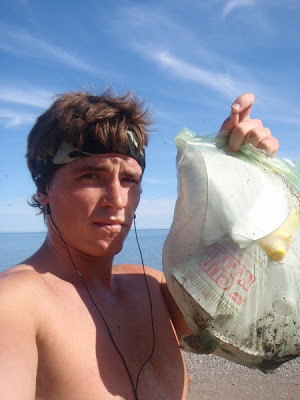 It's going to the local Igiugig village dump where the cans and plastic will be reused. The rest will be shipped off site to a trash facility in Anchorage. Now when I run down the beach I won't have to look at the garbage. Enhance aesthics, removal of pollution, and perhaps maybe assist our race in redeming ourselves for the harm we have done, and continue to do. We have to start somewhere, sometime. 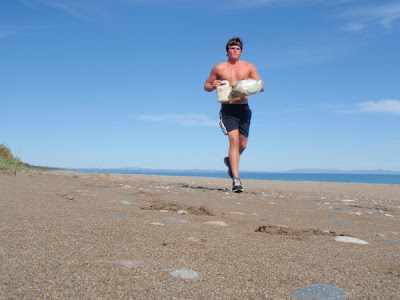 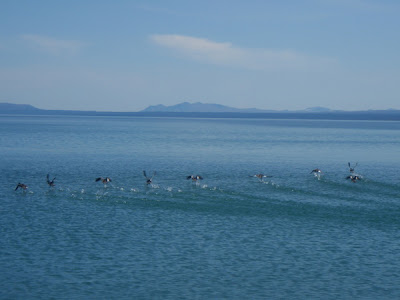 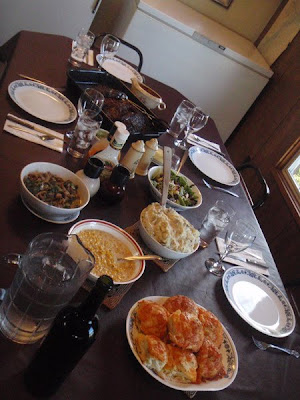 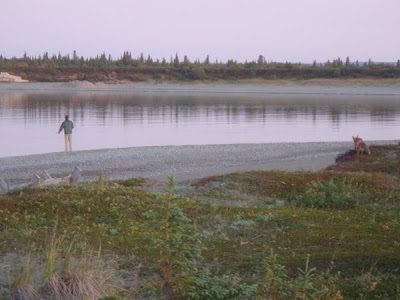 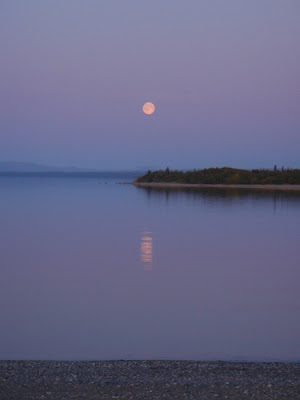 Party on the beach as fisherman, photographers, and boaters enjoyed the sunset. 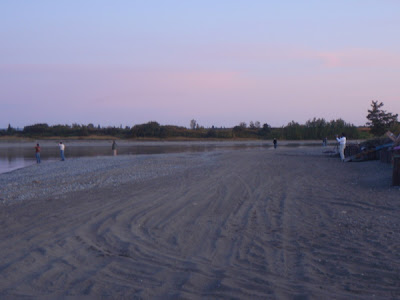 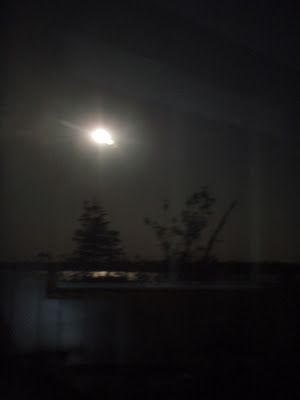 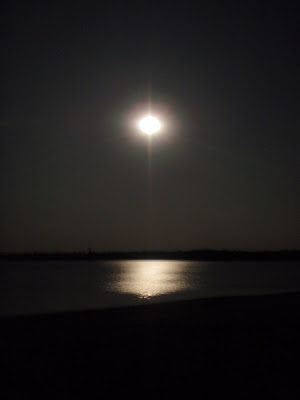 This morning Quinton and the fox made friends. 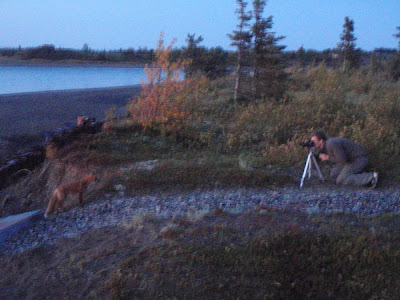 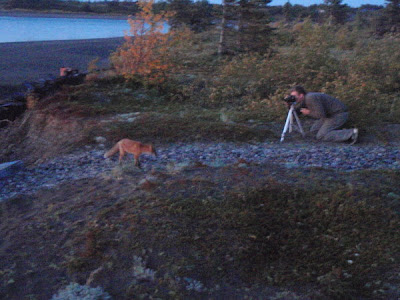 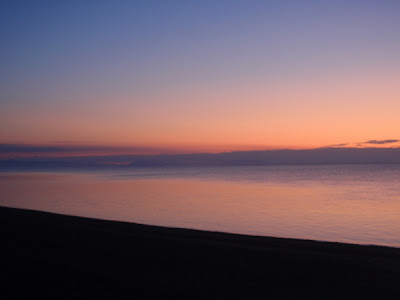 The fact is, Alaska's native people - just as the Indian people in the 'lower 48' - have fought the same tide of assimilation, acculturation, individualism, and atomization. This process has taken a toll on our spirit, our identity, on our language and on our culture. We have alcoholism and drugs, dropouts, family breakup and crime in our communities because of the pressures we've had on us. We've almost lost the willpower to reassert our tribal identity and reconstitute our languages which are the expression of our spirit and who we are inside.

Education has been viewed as the panacea - as a cure-all for Native people - but it also has been used by the government, in conjunction with religious groups (like I've witnessed in Thailand Hill Tribe communities), as the means of deculturizing our people.

Our misled missionaries of education have been drumming into all our people the idea that you can not remain an Eskimo or Indian and still be educated. It is not true, and we should put to rest the thought that Native people are inherently ignorant... I'm not saying that we should not be educated. Education is essential... But we cannot continue to educate our children at the expense of their identity as Inupiat or Yup'ik or Indian or Aleut people. "