On my run yesterday two giant black birds flew fast right past me. I was astonished at their sizes (wingspan at least 5 feet) and watched them as they made their way up to the treetops. The male landed right near me and the female nestled herself a ways in the woods. As I moved towards the forest to get a picture of the female the male puffed itself up a bit and began squaking at me, so I backed off. These big black birds are Golden Eagles. They can fly up to 150 MPH on a nose dive and can have a 7 foot windspan. 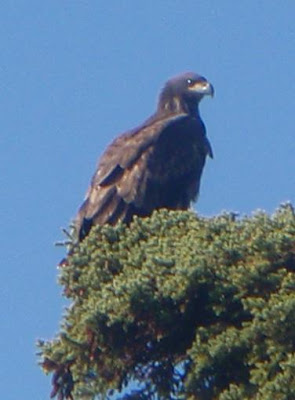 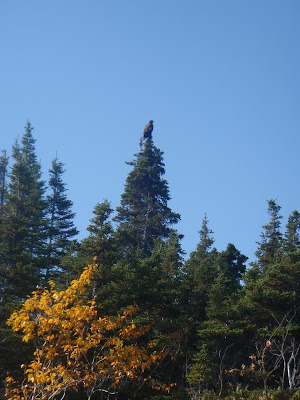 Woke up in shorts and tank top on the couch with the window open and heater off, only 27 degrees outside/inside. I leave the window open at night just to hear the waves and any bear that may be wander by. 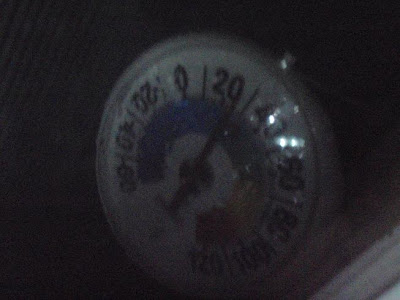 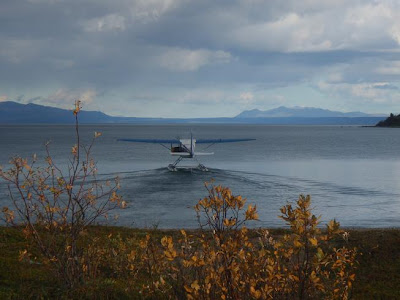 These two barrels are cool, I don't know what it is about them and the backdrop, but they are a neat photo theme. Two lonely rusting barrels on a nearly deserted beach at Lake Iliamna. 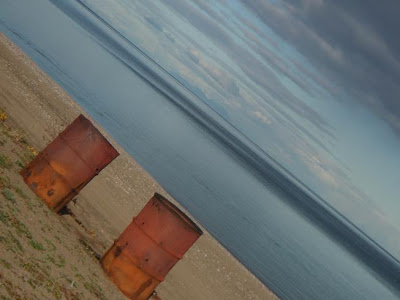 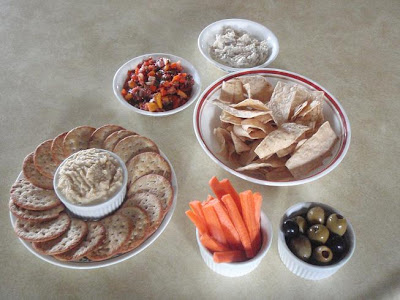 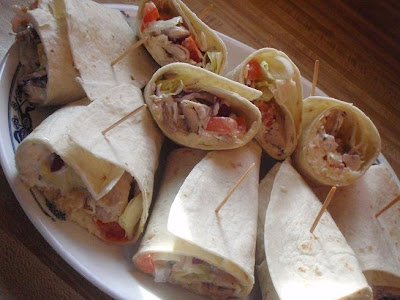 I didn't have any eggs so I did a quick and easy tempura batter for the onion rings. Light and crunchy. 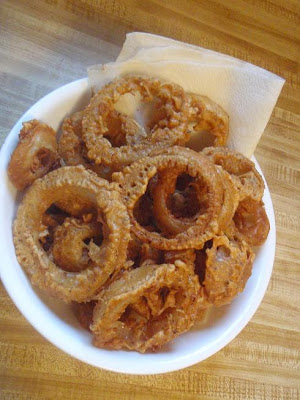 Homemade coleslaw with a few nuts and raisins in it. Kind of spicy, crunchy, and sweet. 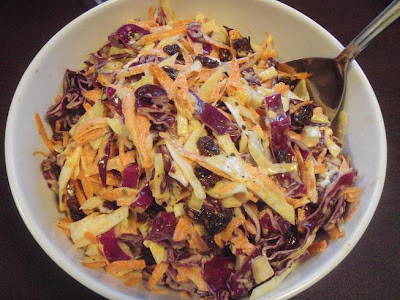 This has been a hit over the last couple days, spicy smoked salmon and corn chowder. You have to try it to believe it, the first chowder photo below is of my first creation of it... a little sloppy, but the one I did for lunch today for our new clients turned out less mashed and more chunky. Add the smoked salmon very last. 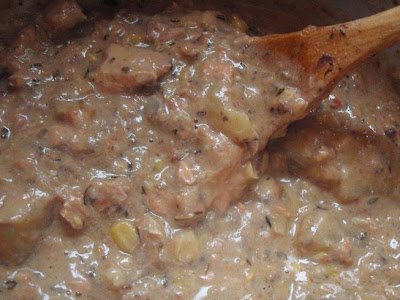 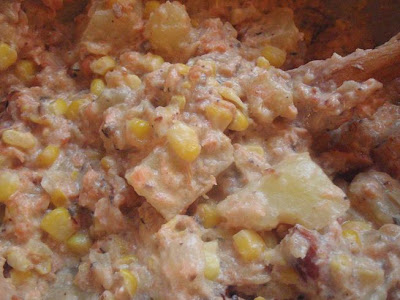 BBQ Ribs. Slow roasted in oven with beer and spice, the smothered with BBQ sauce. 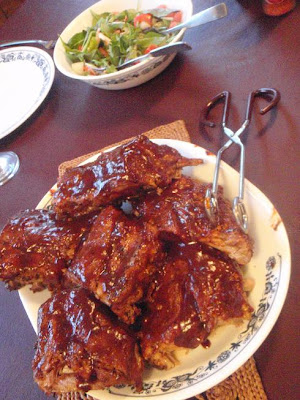 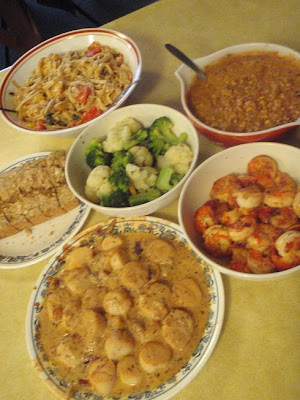 For dessert I made up a rich peanut butter and chocolate fudge pie. It very much resembled a big Reeses Peanuty Butter cup, but maybe just a little better. 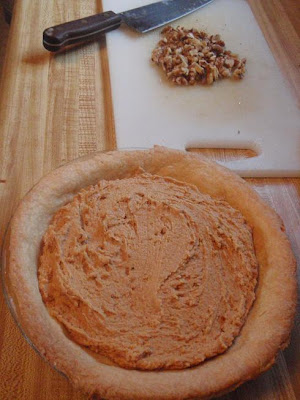 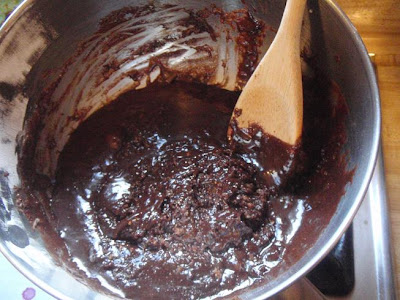 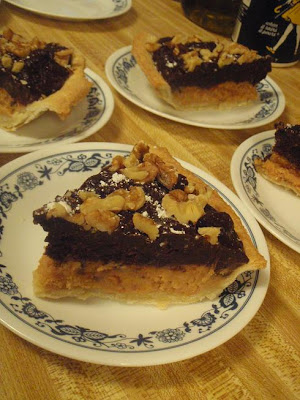 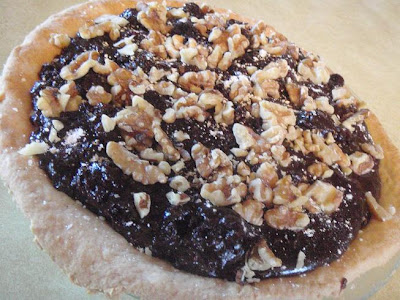 The fishermen this morning. 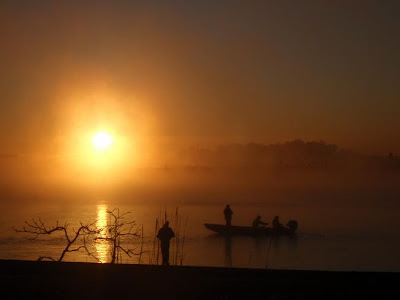 At 7 AM Brad got all the clients down the beach for one last cast, since I had breakfast in the oven being held warm I decided to go give it a shot. I grabbed my pixie and rod, jumped on the kayak, within one minute I had a 25 inch rainbow trout. It was fighting so much I had to land the kayak on shore just to get it in. Brad about flipped because he didn't know how I was not going to break the rod while trying to paddle in shore, fight the current, beat the waves, and reel a big fish in that doesn't want to be reeled in. But, I did it ;) Unfortunately the camera was in the house, but fortunately I got a big one, there I'm done time to migrate.
by Cody
Newer Post Older Post Home
codyleemeyer@gmail.com