Found out that we ain't leaving to Denali until tomorrow. I awoke at 5 AM in the truck, waited... waited... nobody showed up. Then a grad student arrived at 8 to open the doors. Boss came later and said they revised the schedule. Cool beans, lots to do around here. The students had class at 9 and after that they started working on their papers. 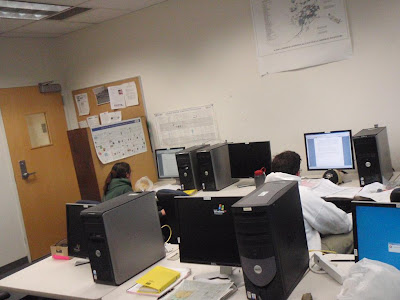 I wanted to see if I could get into the university recreation center so I journeyed down the giant hill and came to this... a free market with a bunch of free stuff. At first I thought it was a flea market and I dug through my pockets for change, but then on the mic they said everyone take what you want. Ironic because I had planned on going to clothing store to get some warmer gear and more coffee cups for the crew, but I didn't want to spend any money. This helps. 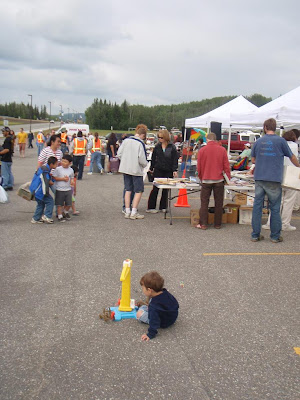 Here's a cool poster I got a hold of. It's going up in the truck for sure. Brit loves to watch Family Guy and she almost got me hooked on it ;) Where I go it's hard to get TV so I tend to not watch the moving pictures, but even way up north I can't avoid Stewie's lessons. He's my favorite character ... smart, independent, best friend with his dog and trying to take over the world. 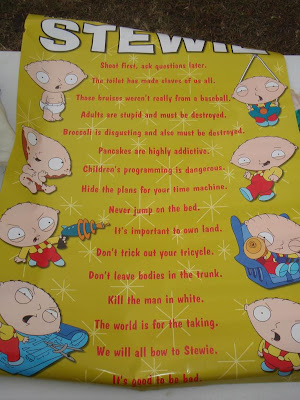 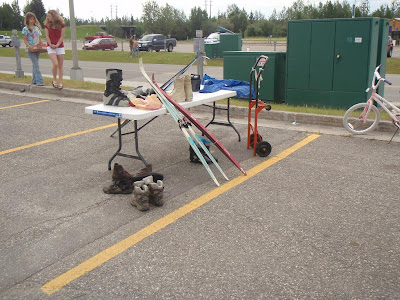 Wok? Tempting... but too small for me and needs a flame burner. 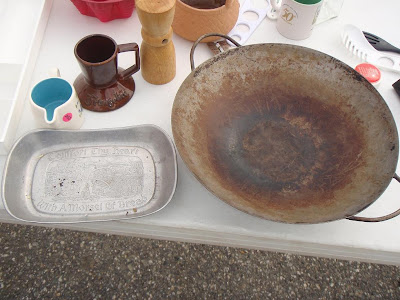 Food? Na, I got plenty of it in the truck. 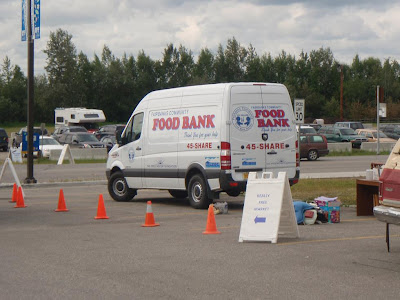 Then back up the hill to pack it all in the truck. 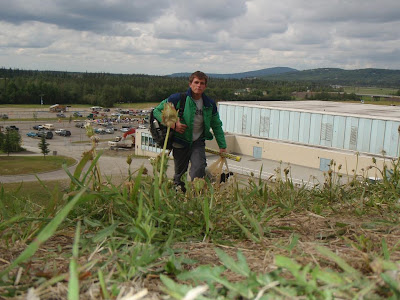 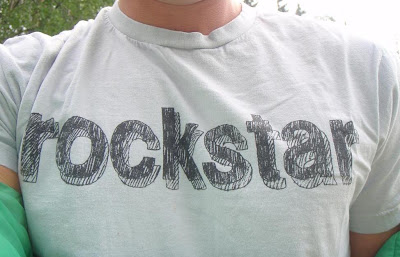 The Christmas lights will be a blast. When we hook up electric at the RV camp I'm going to string the coloured lights all throughout the inside of my home and create a retro camp kitchen. I've found it much more relaxing to cook when you cover two of the three windows on the inside with trash bags. I love ambience. My favorite kitchens to work in our those that are dim and chill with a dash of ease of mind, especially when I'm near the poles and the sun doesn't set. Gotta create serum melatonin some way for a healthy circadian rhythm. 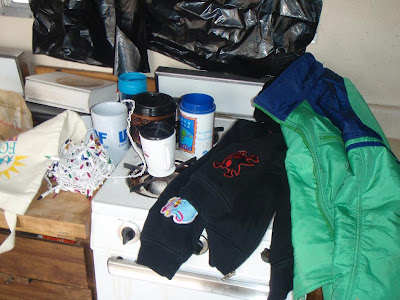 Cool black hoody but I think it could use a fixin. 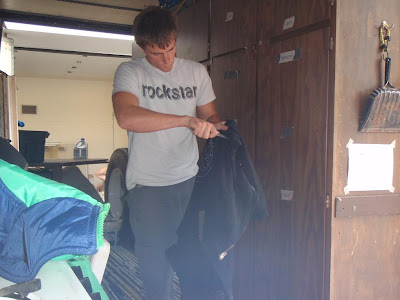 That's better. Now I'm going to head back down the hill to the rec. center. Last time it was a marathon, this time it was a free market, who know's what will be there next. 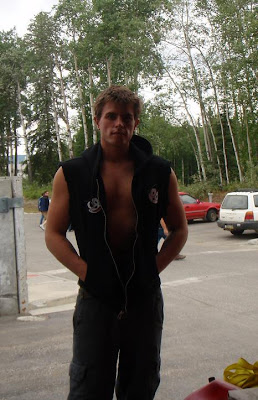