Yesterday morning Britty, Dumpa, and I got into the van and took off to Dayton airport. Found out an hour later that the flight was delayed for a long long time and I had to get to St. Paul, Minn. by 5 PM. So, we drove all the way to the Indy airport to catch a
different flight. 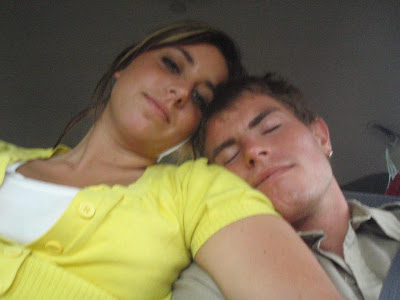 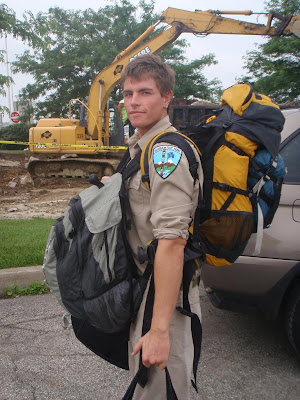 A few hours into the flight from St. Paul I see mountains. 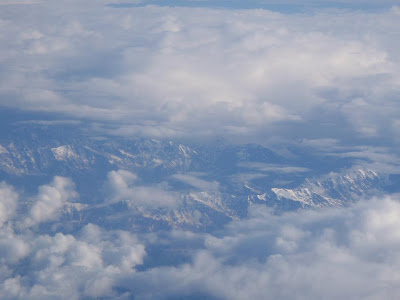 Then I see glacial rivers flowing into lush, uninhabitated valleys. 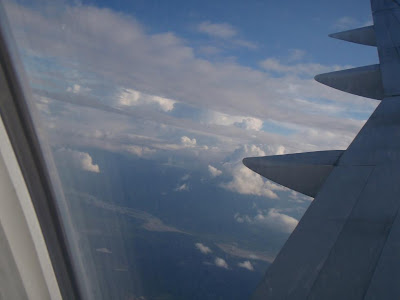 5 hours later we arrive to Fairbanks. 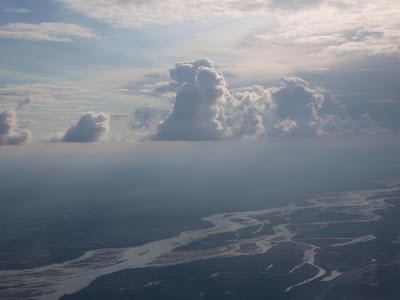 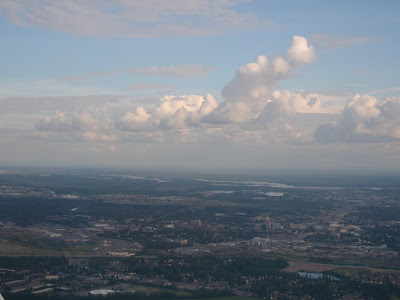 Here's the Polar at the airport. News has it that a young lad just shot one a few days ago near Fairbanks. 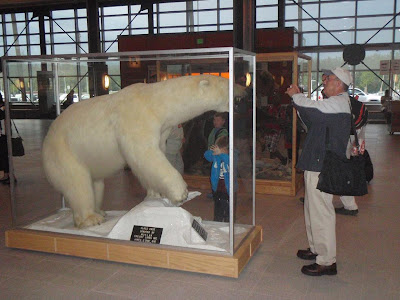 Helen(Geology Dep. Secretary) picks me up from the airport and takes me to the local hangout joint for a drink and a bite of a Fried Alaskan Halibut burger. Alaskans know how to party. They spend months in complete darkness... and at sometimes it gets down to -60 F, and just think... they still work through it. Crazy, windy storms plague most of May. Then come June, they let loose and prepare to have fun for the next 4 months until the winds and rains come again in September. At first glance it looked like a fun game with drinks and drunkards trying to balance drinks on their heads... 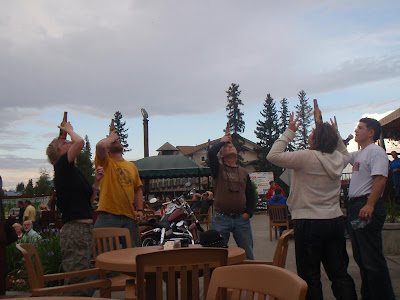 But the background scene drew away my attention. Do the locals take this for granite? 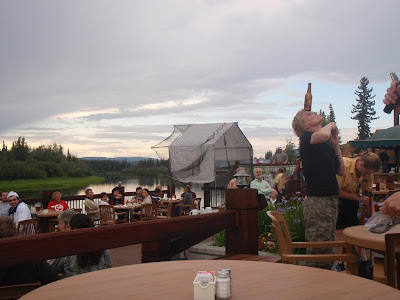 After a nice meal I went to Helen's house and hung with her son Victor (21), the dog with a fat neck, and the two cats, one of which is crosseyed... literally. I tried to get a pic but the dern thing kept running away from me. 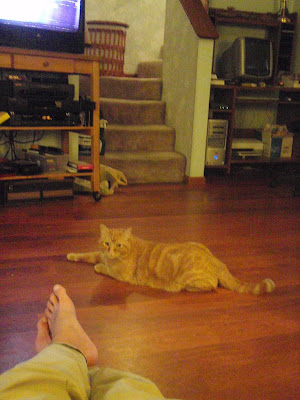 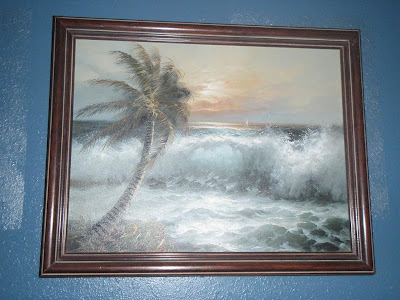 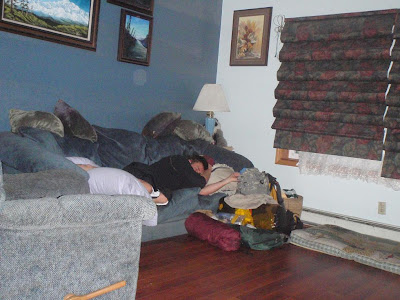