The Story of Ike 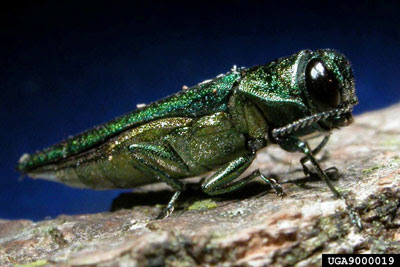 Mr. Ike, the 3rd most destructive hurricane ever to make landfall in the last century, hit Texas in September 2008 and then moved eastward with the prevailing westerlies through the midwest. What made Ike so powerful in the interior of the U.S. was the fact that a massive autumn cold front was making it's way across the central plains right when Ike decided to make landfall. The result was that the cold front was stalled and the tweaking of geostrophy led to a sudden increase in winds at the Z axis. Normally wind doesn't come straight down, but with the fast moving diverging high pressure system in the plains and the slow moving and strong converging hurricane low pressure system in the midwest... this yin-yang effect led to vertical air motions. Pressure gradient force on high caffeine. Couple that with the Emerald Ash Bore (photo above), who is an invasive tree murdering insect from Asia that arrived in Ohio in 2003 and is wiping out our suburban neighborhoods Ash trees, and you get weak trees that split in half straight down the trunk and get uprooted easily at minimum wind gusts of 50 mph.
You can check out the Ike climate video here. Highest recorded wind for our area was 75 mph, and I was out running in it, with my hurricane gear on of course ;) The gist of the picture below is that the low pressure system created a wall of warm moist air that blocked the cold front from making it's normal stormy debut by creeping under the warm front. Instead the cold front slammed head first into the uprising warm air wall and fell straight down. No rain, no thunder... just crazy winds. 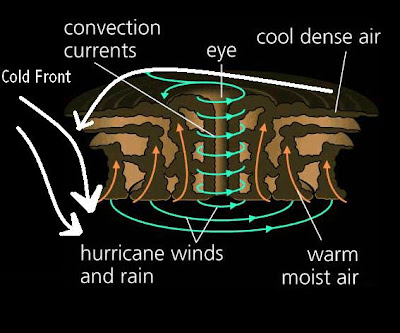 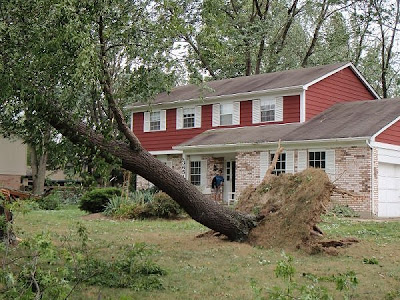 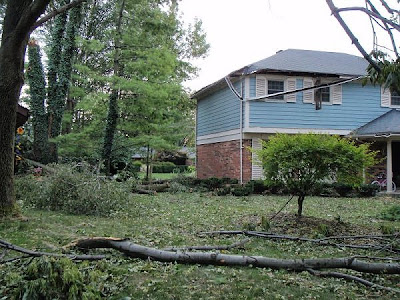 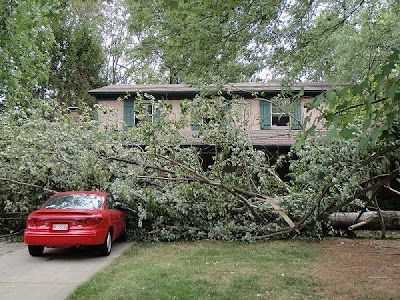 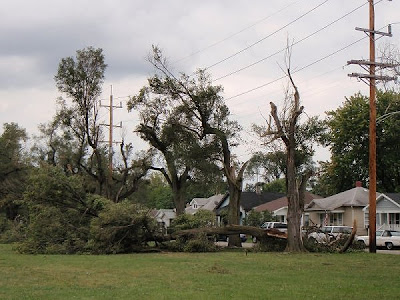 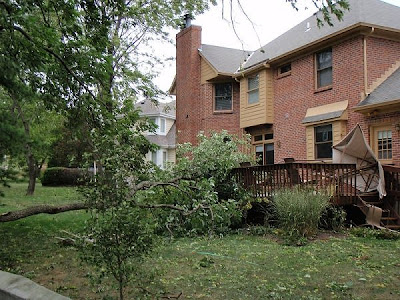 You can really see the weakness of trees in the picture below. Most of the tree limbs just fell straight from the trunk and onto the ground due the strong vertical wind gusts and their illness associated with the bore pest. 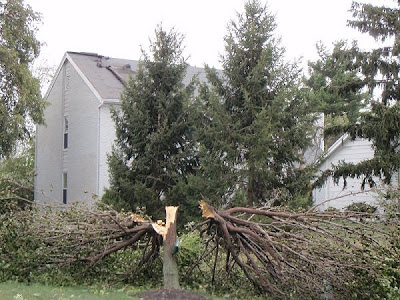 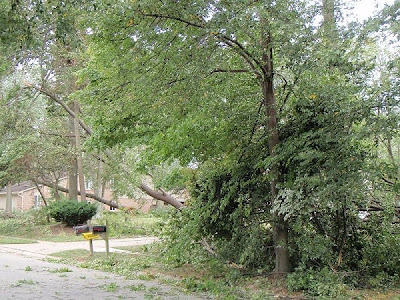 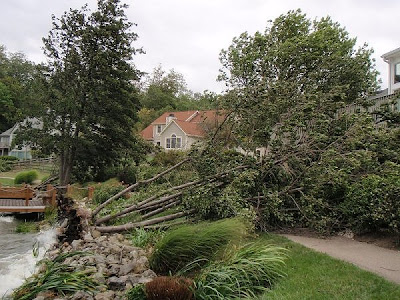 One minute I was watching a tree crack and fall in the backyard, then I heard a loud crash in the front yard... it was my neighbors jeep getting slammed. 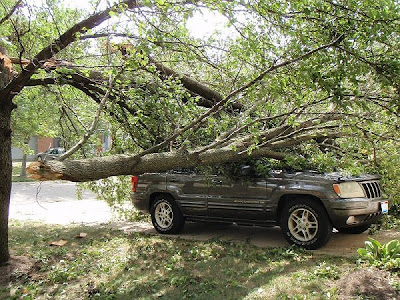 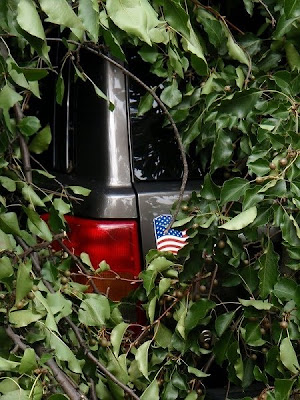 This all happened about 9 months ago... Tornado season is just starting, so I'll keep my eyes on the weather channel and camera charged. My favorite courses in uni were climatology and cosmoclimatology, but nothing beats being a full blown rider on the storm.
But hey, keep the tree murdering pests in their native country/continent eh? 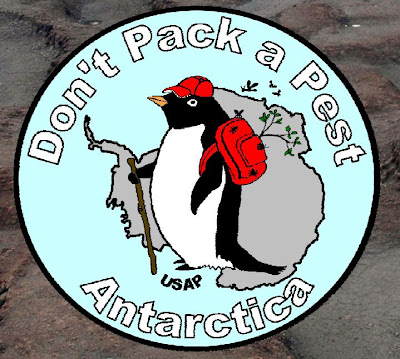 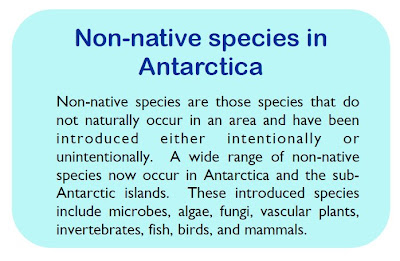 I tried to put a number on how many alien species have arrived in Antarctica over the last decade, not too much public data on it... just the fact that 44,000 human visitors arrived this year. Are humans the greatest invasive species? I think so. Any opposition to that idea? How do invasive species spread in the first place? Haha by boat. Well, if you ever travel to New Zealand or Australia you will see how much their governments care for inspecting your shoes for bits of mud and check your camping clothing for any type of plant/animal material. In fact, when I left Australia and flew to New Zealand... a small little pup on a leash to a customs patrol guy stopped at my backpack and put his paw on it, signaling to the customs agent that I had some sort of biological material in my bag. We dug through it and only found crumbs from a snack I had earlier. The agent said that crumbs could even transfer alien species. I'm calling the transfer of alien species via social elements (i.e., snack packs, boots, camping gear, etc.) 'involuntarily artificial selection'. Not to mention the hour I had to spend explaining to the New Zealand customs desk where, when, why, who, and what the heck I am doing with a Hog Deer antler in my bag.

Anyways, what I meant with this tangent was that invasive species are everywhere. They are killing our Ash trees and they are polluting Antarctica, and in most cases they are thriving. So is this what survival of the fittest (evolution) has become?
by Cody
Newer Post Older Post Home
codyleemeyer@gmail.com