Travels of the Past 2: Peterborough, Canada

Lately it's been a time to reground my roots and plant my next seed. I've come across a few great job opportunities... like being a kayak guide in Alaska, cooking at the Great Wolf Lodge, or volunteering in Canada on a farm. But, I don't know... my conscience is telling me to just wait. It's more of feeling than a thought. Maybe I will volunteer here and there, or make a few bucks in the kitchen for travel costs over the new few weeks. I knew Frank was right when he said, "Cody, you know you'll go back to the States and realize this is everything right here." Haha, he sure was right, living in the bush in Australia, doing no harm to the environment and learning/experimenting with the future of residential sustainable housing was priceless. Not too mention the wallabies, kitchen, beach, and education. I'm like a sponge and my brain is begging for knowledge. I don't have the money to further my education, so I have to self-educate. I still think Google is the best professor, but I have also found it worthy to travel and get an international perspective on ways in which society can become at peace with the wilderness through participant observaton. The sacrifice of learning directly from the bush, and from those in close contact with it, is that you don't really fit into the system. Your thoughts in the bush are more a form of wisdom, than knowledge. Knowledge is books, wisdom is intuition. And I prefer to learn that later because that's what makes books. So until something really cool happens in suburbia (i.e. tornado), I will continue with history... here's Peterborough, Ontario. Land of the Peterborough Pete's. I'm more of a boxer than a hockey player, but hey, Canadian hockey players sure know how to fight. Most people think of Canada and go... oh ya, they have good beer and great hockey. Well, that's true, but when I think of Canada I think of ancient boreal forests, ice, wolves and aboriginals. 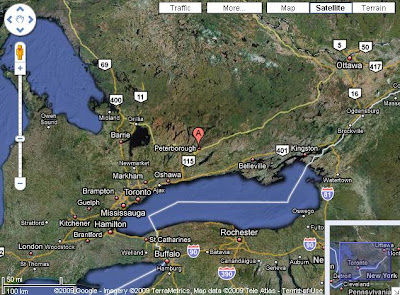 From 2004-2008 I lived mostly in Canada. During the summers I would hop south or journey to Alaska for a few months. During the winters I'd hike 2 miles to the university bus stop in 5 feet (~1.7 meters) of snow when it was -30 F outside. Haha and you think I'm joking? Besides doing the normal uni thing I'd get out into the bush as much as I could, rock out in the basement, do a little martial arts, and I also spent some good time working in a few kitchens. 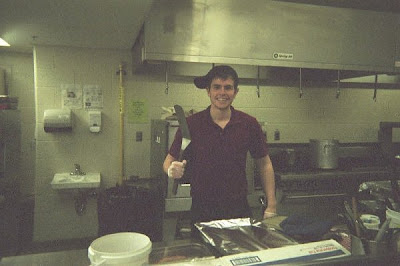 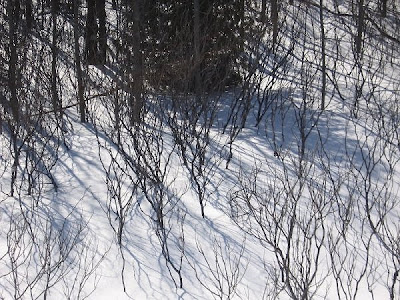 The best thing about going North was seeing how wild the land was and how much the people cared for their enviroment. Just no more killing the baby seals eh? Please? 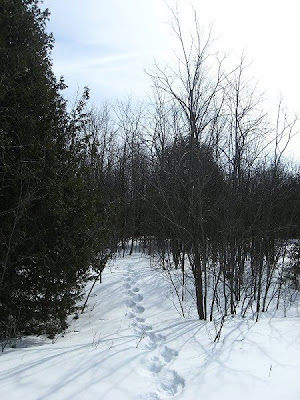 The second best thing was meeting some chill friends, a fat black cat, and an ice ninja goddess. 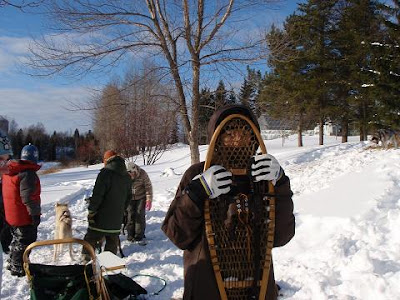 The third best thing was climbing this tree next to the Otonabee river... 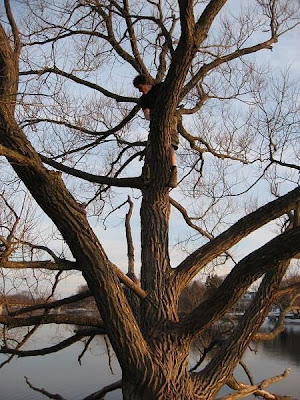 While the Polish roomie guarded the tree. 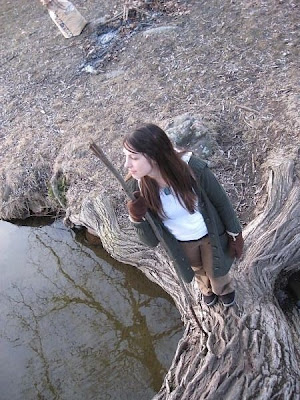 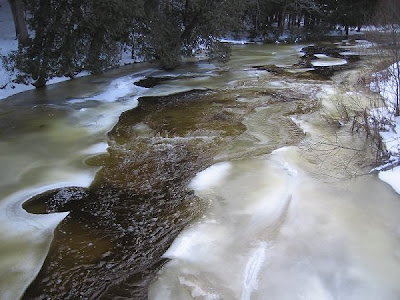 I told you I had to hike in 5 feet of snow just to get down to the bus stop. This snow cover lasted for at least 2 months. Winters in Canada are far more drawn out that those in America... I think Canadian winters last about 1-2 months longer depending on what latitude your at. 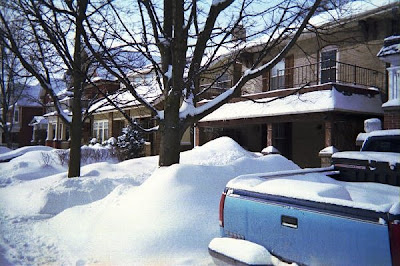 Here's the inside of the last house I was at. I shared it with Jade, Trev, Bosh, and Mike. Jade is from Trinidad, Bosh is from Polland, Trev and Mike are from Canada, and I'm from the Earth. Twas an awesome grib in the Peterborough ghetto. 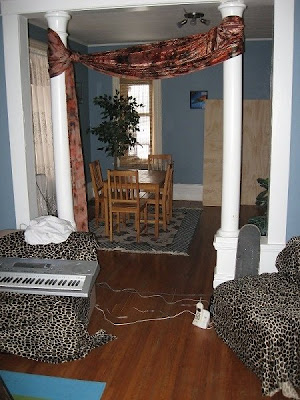 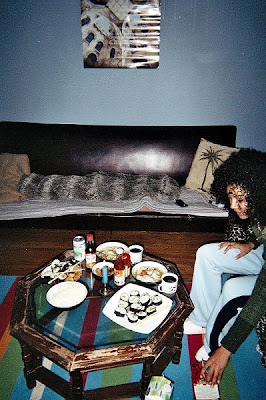 In our spare time we jumped into big piles of snow, or made igloos. 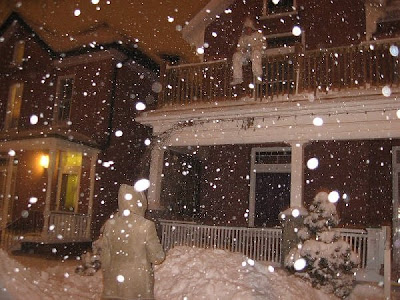 Most of the time I hunkered into my cold dungeon and read a bunch. When I needed a break I'd play a bit of guitar. Music enhances the mind. 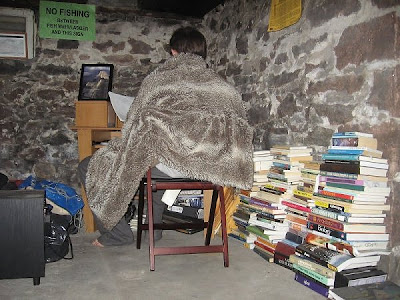 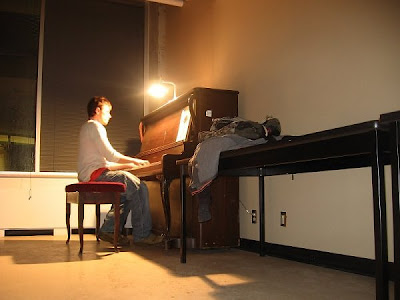 The picture above is from a classroom at Gzowski Building, Trent University. I'd stay late until the computer labs shut down then journey to this room that was always unlocked and not near any residence. Inside of it was a piano. I'd play until my soul was sung and the last bus come. 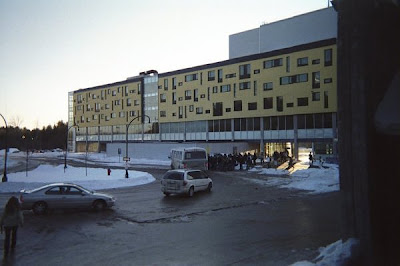 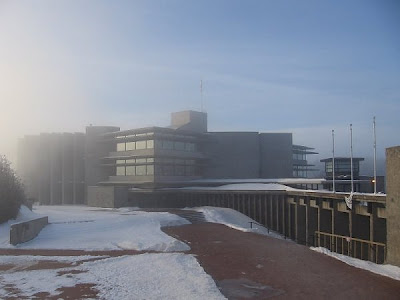 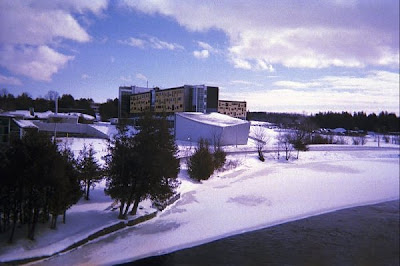 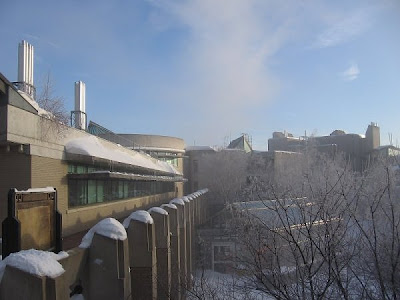 Our uni was in close relations with aboriginal communites that were located nearby Peterborough and in the far north. For the first two years of my academic career I focused on indigenous studies, later switching to physical geography. I learned about aboriginal prophecies and environmental wisdom as taught by the elders. These were the richest lessons of life, and to this I continue to carry their flame. I remember one spring morning sitting on a couch next to the Chair of Indigneous Environmental Studies. We both sat silently staring out the big glass window overlooking the river. He asks me, "Do you see it?" I reply, "See what?". "Well, look closely and you'll see the birds by the shoreline. They are catching something on the water, bugs. Fish and birds feast of their larvae. This is the beginning of spring." 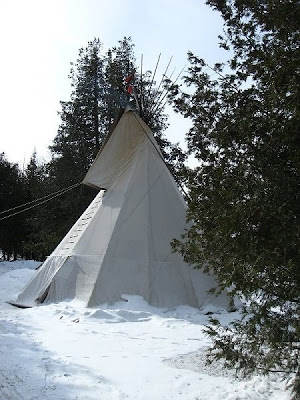 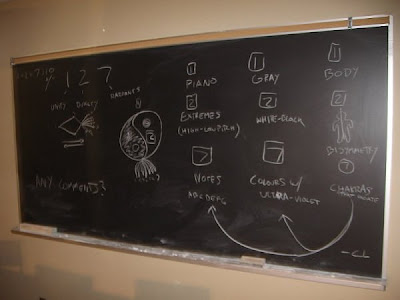 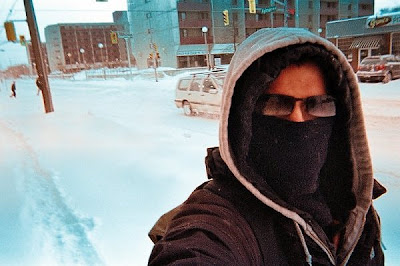 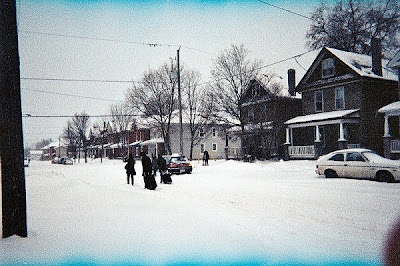 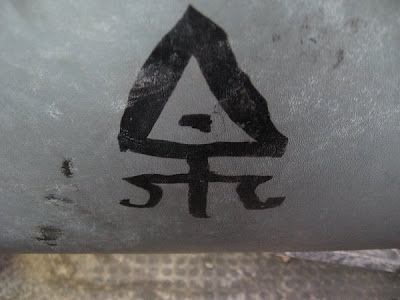