Back to North America

Well, the summer has come to an end in the Southern Hemisphere, thus time for me to move onward. I packed my bags on April 15th, said goodbye to Erin (a cool chick I met in the urbanwear clothing shop... an Aquarian) in CHC, and headed to the airport. Here's us flying over Christchurch to Auckland. 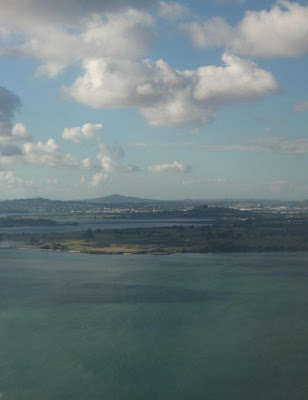 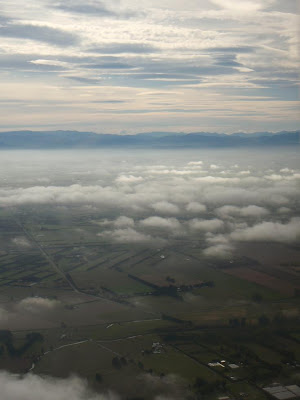 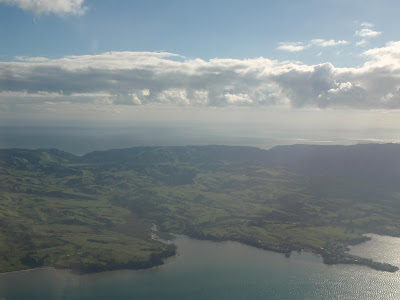 Upon arrival to Auckland I found out that we had a 12 hour delay. Cool. So, I basically just meditated and people watched. Qantas kept dishing out 25 dollar food vouchers to the tired, angry travelers every couple hours. I told one lady at the counter when we finally got to L.A. that the whole experience has been a journey through the airport monastery haha. Here were a few of the sights flying into Los Angeles. 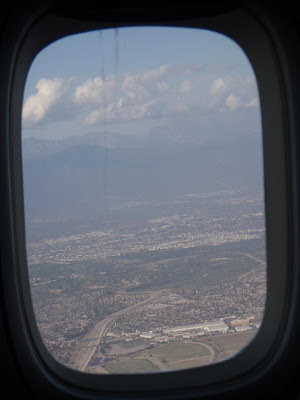 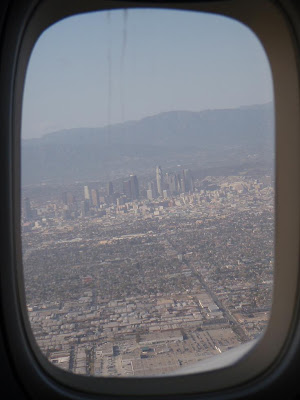 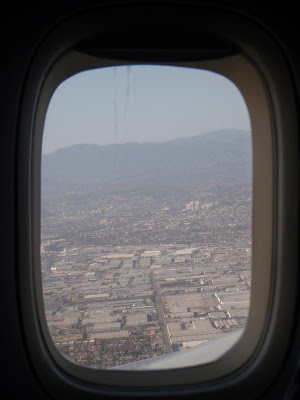 An interesting restaurant right outside the L.A. airport. 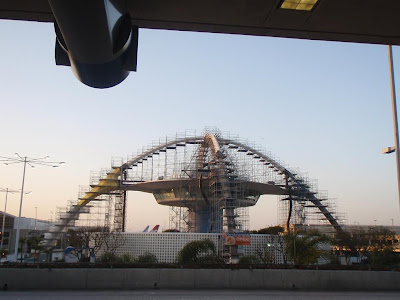 By the time I finally got on the plane to get to Chicago I felt like, just get me there. I don't care how or really when, just do it. Some sleep would be nice too. By this point it had been 36 hours of airport wandering and airplane sitting with nearly no sleep. I was thinking too much about how the big bang was created via interactions of matter/anti-matter and the singularity of infinity aka universal collective black hole. 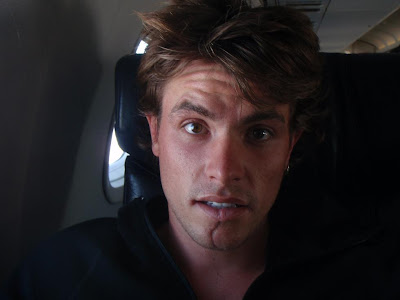 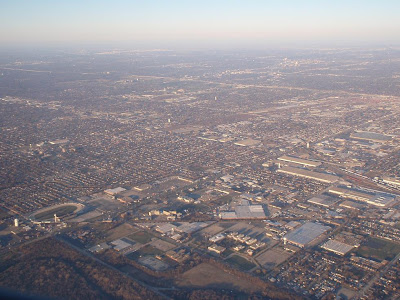 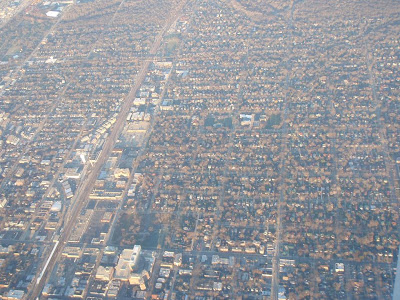 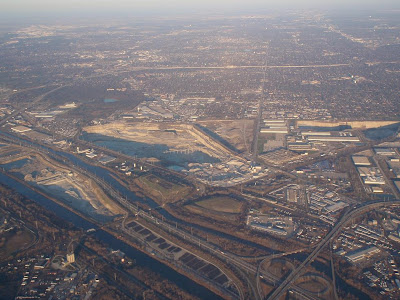 Greenhouse effect in action. That top brown streak is pure CO2 + other GHGs, trapping the longwave heat emitted from the Earth's surface, thus adding to the Earth's thermal radiation bank. 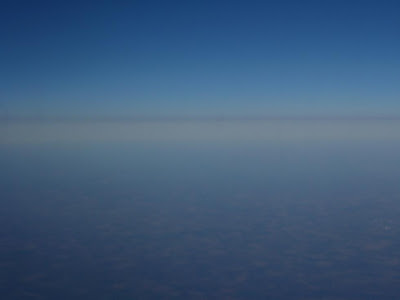 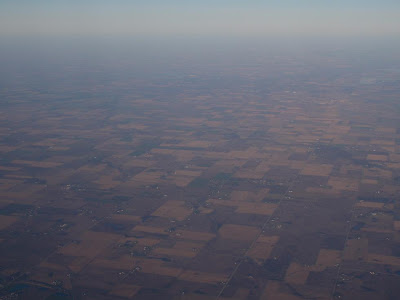 Here's one of Kentucky's suburbs. 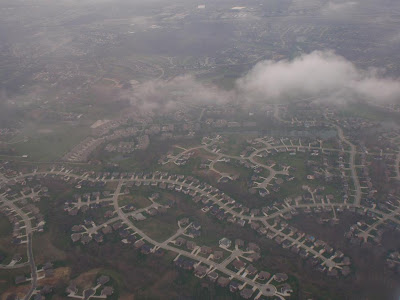 Before we landed I saw this crazy shadow and rainbow halo. 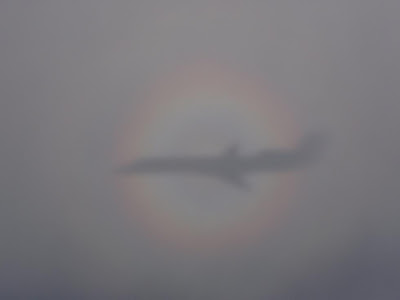 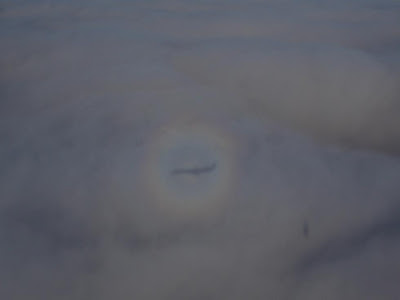 Grandpa (Dumpa) met me at the airport. Him and I stood at the baggage claim. We watched one bag, the Sierra Club duffle bag, plop out, but no others. One of my bags went missing... the Italian army bag. Oh well, that bag just contained dirty clothes, a boomerang, and a hog deer antler. Dude said we should get it delivered within the next couple days. 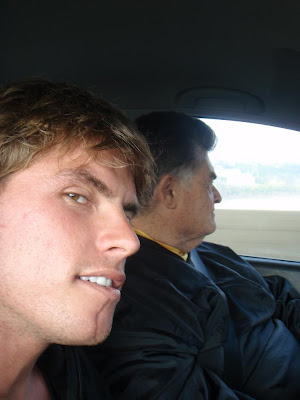 This is the 'Cut in the Hill', which is the bend comming around I-75 in Northern Ky into Cincinnati. You can see Cincy in the background. I think the bush looks neater... 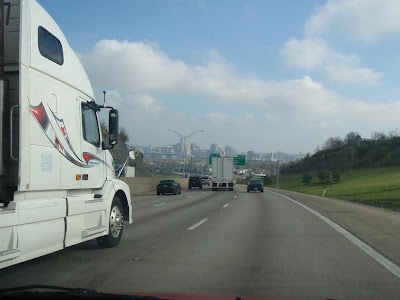 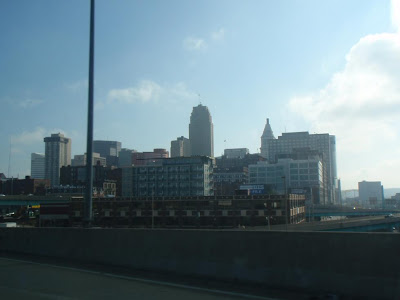 Upon arrival I was greeted by the girls. 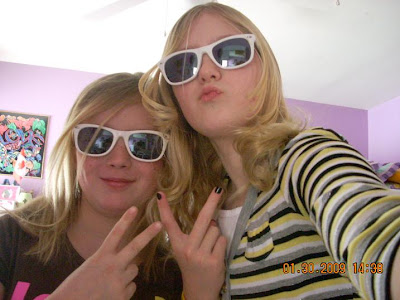 Mama still has the annual Easter photo album up on the wall. Where's Fredo? 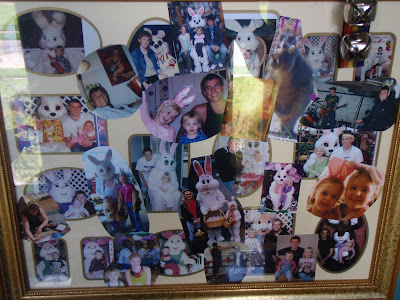 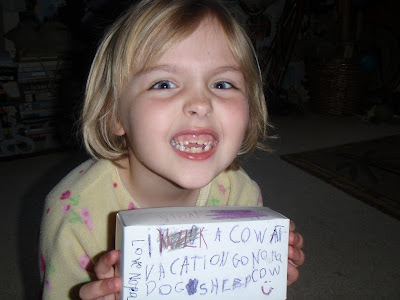 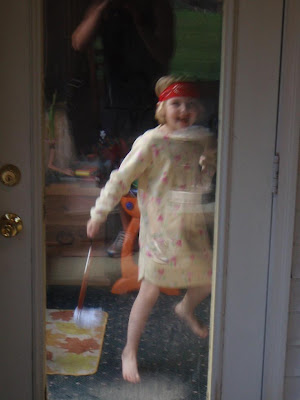 She's deaf, nearly blind, but Daisy is still rocking, she can feel and that's all that matters. 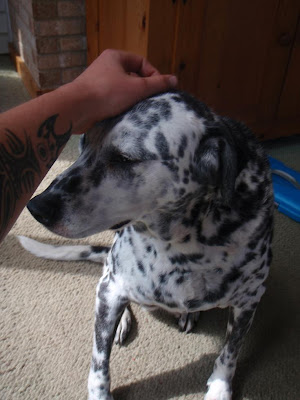 Eh Franko, see we do have Wallabies in the States ;) 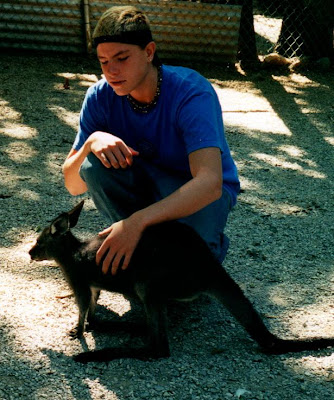