A Rather Normal Hardworking Day

First thing I do when I wake up is grab a bite to eat at base camp tent #1 and then I organize my desk, as seen below. Headphones, cellphone, water, safety gloves, sunglasses, knife.... 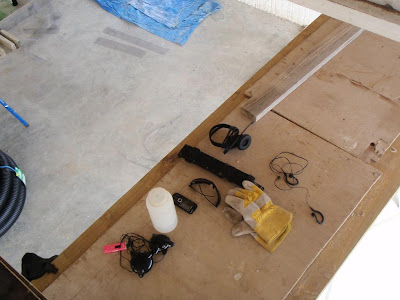 Today's task was to finish the window sills on the big westside windows. This involves putting a thick render slab on the outside portion of the sill. The window will later be installed and made airtight with a special sealant and foam border. 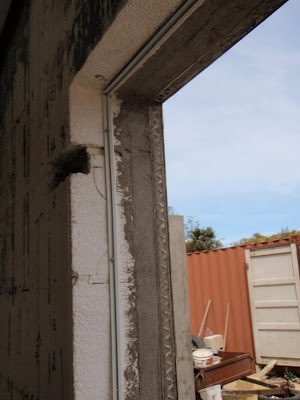 Jill arrived yesterday and this morning Tom instructed her on how to render. 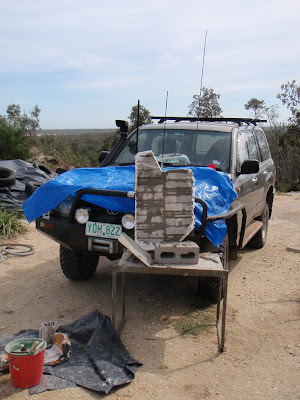 After that Frank went over the basics of how to mix render. For the sill operation we needed a thick render since the top part is going against the force of gravity. 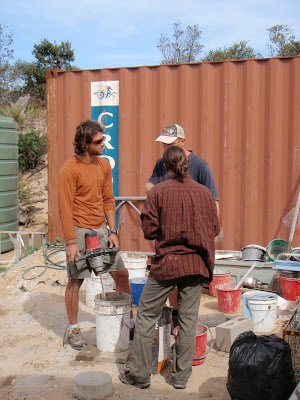 Then Frank and I went at. 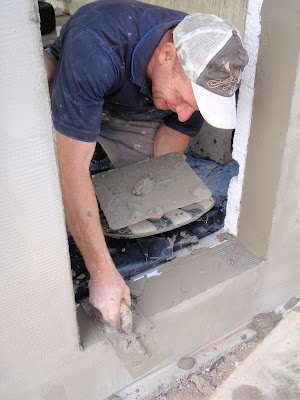 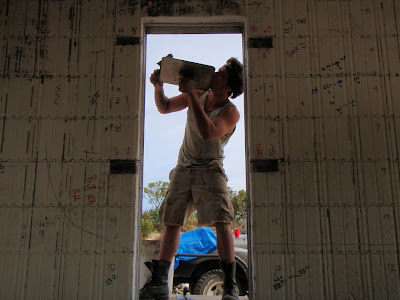 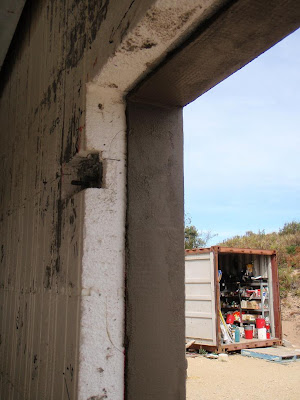 For the final step, Frank perfects it to his likings. 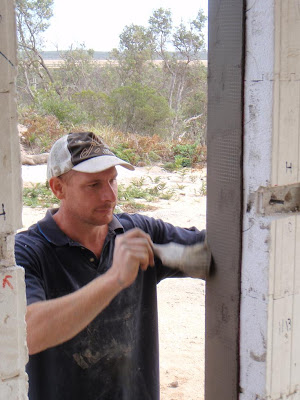 During our rendering Jill and Tom prepared render borders for the eastside windows, which we will do tomorrow. 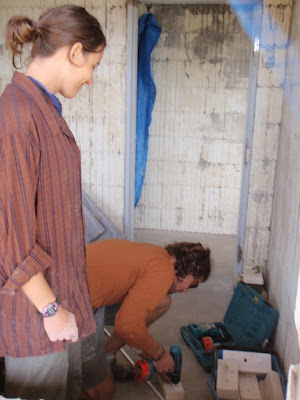 No, Frank isn't a fridge addict. These fridges have been decommissioned and he bought about 20 of them. They are great for insulated boxes and shelving. Tip them on their backs, seal them, add ice, and you have a cheap ice chest. Or you have a great box that keeps dry goods protected from the elements and pests. 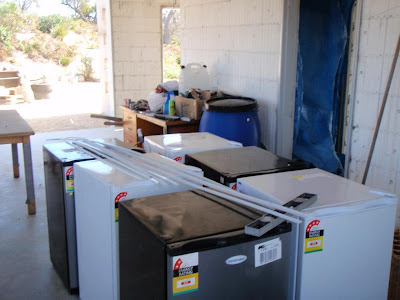 Later Frank took the recyclables from base camp to the recycles container. Bottles will be reused for brewing. Boxes will be shredded for insulation and padding. 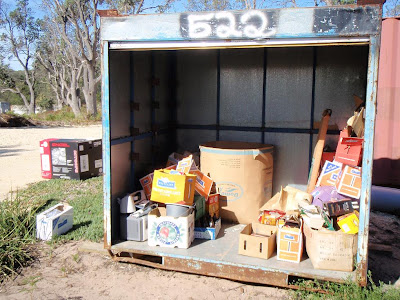 Meanwhile I put together a wheel barrel. 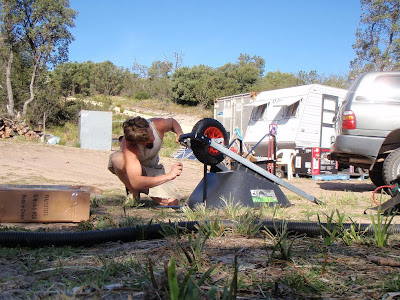 After the days work I took a little breather and looked for whales. I haven't seen any yet, and I wonder if they have already passed us by. Maybe I can catch them in Alaska. 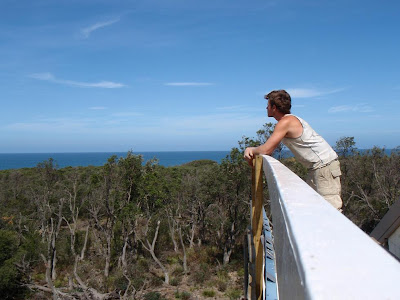 It was time to get changed and go for a run. Twas a gorgeous autumn day and I wanted to see if my horse buddies were outside. They live about 4 km down the dusty road and there's only one quick way to get there... run. 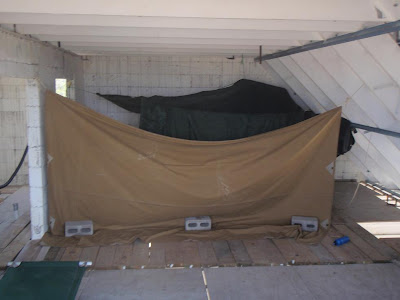 Everything I own fits in a small backpack and small army duffle bag. Frank gave me a swag to sleep on, a metal tool box as a clothes box, and a few tarps. That's all I really need and I think this is one of the best rooms I've ever had. Walk behind the tarps and you face the balcony that overlooks the ocean. In the morning a red light filters onto the wall and wakes me, usually I jump up and go to the balcony to watch the sun rise. At night I star gaze ontop the balcony. Just a few nights ago I recorded 1 shooting star per every minute. 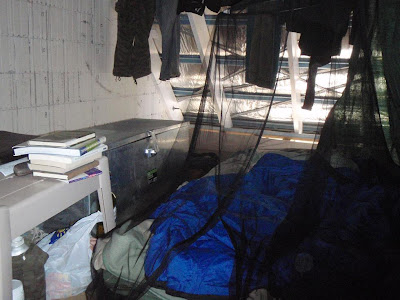 Stretching in the front yard.... 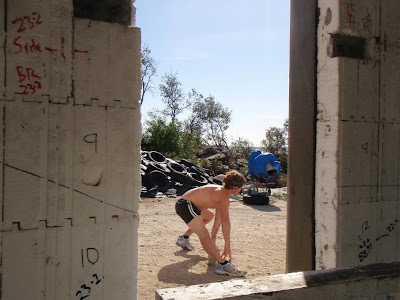 Running through the bush road... 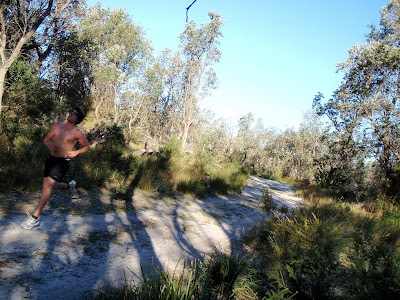 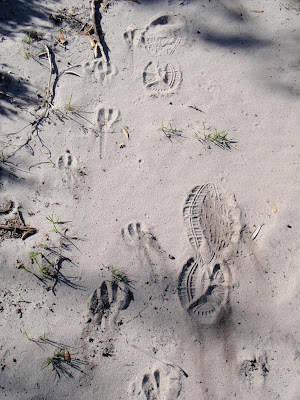 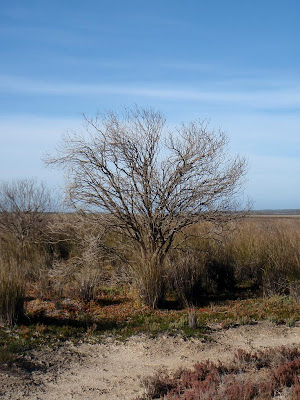 And then I met my buddies and had a great conversation. 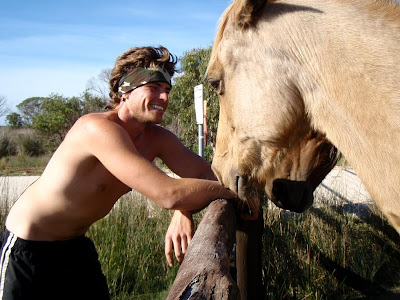 After that I continued to run towards the main road, which means I have to cross the giant lake system, which is all dried up right now and more or less a kangaroo bone yard. 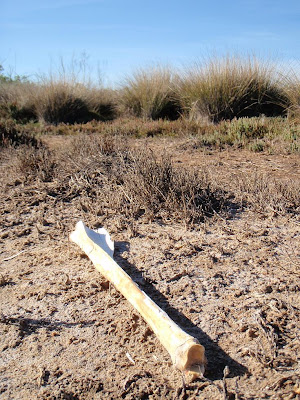 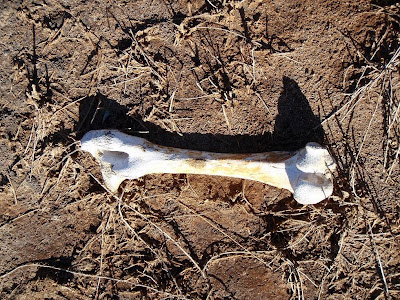 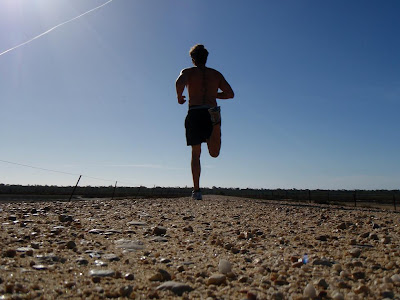 After all that fun it was time for a shower. Well, I probably will go to the beach for my bath, but let me show yal our shower anyway. Giant water containers supply us with water, which Franks hauls in on his truck. He gets it from a neighbours supply. With all the tanks I think he can hold about 50,000 litres. At the work site I've been catching more dew drops comming from the roof and rain water in nearly every bucket I can find. Soon we will have a rainwater catchment system in operation. 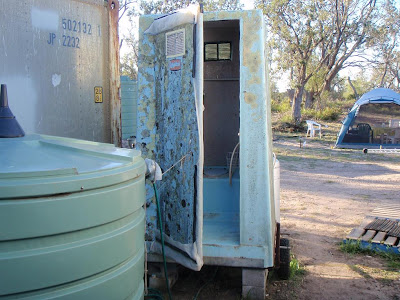 Propane is hooked up to a tiny hot water pump. A solar water heater will be installed by next summer. 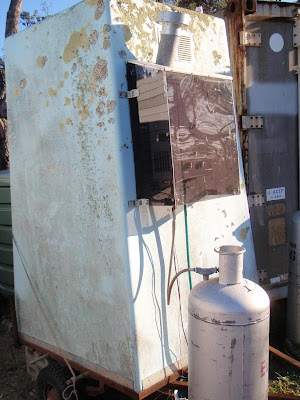 And soon Frank hopes to install this device on the shower. If you render 5 hours, he will punch in a code that will give you 5 minutes of shower time. If you render only 2 hours, he will punch in a different code that only gives you two minutes of shower time. Haha, no he will be that strict, but it will allow him to limit shower times just to conserve gas and water. I really like this idea. Hey McMurdo, are you still looking for simple energy saving devices for that contest of yours? How about this? 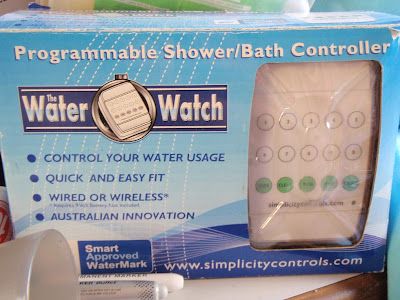