The Dutch girls left yesterday, and Tom arrived. He's from Oregon and later this evening his girlfriend arrives. That means there will be three Americans. Next Wednesday another American arrives, leaving us with 4 Americans and one Aussie. Today we decided to put our 'get 'er done' attitude to the test and finished up the lower west wall and render near the garage door. This is before... 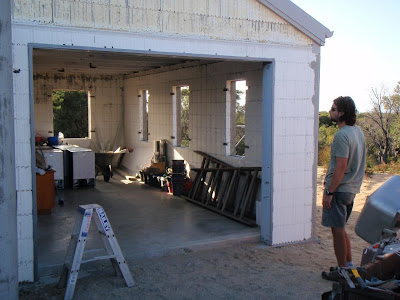 First I had to show Tom how to render the bottom coat. 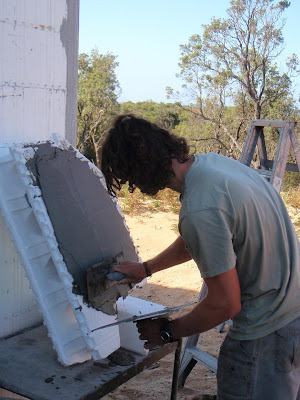 And this is after. Not bad eh? 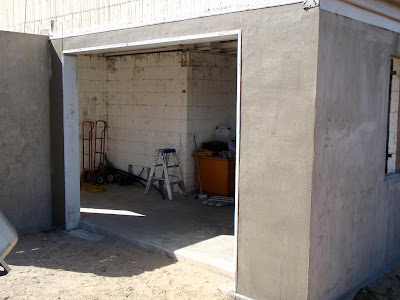 After that we worked on the window sills. Note to self: get a belt. 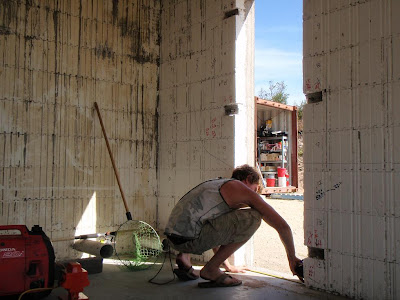 After lunch we took a stroll to the farm. Frank told us about orienting fields in accordance to the sun and seasons. We also discussed irrigation, soil type, what plants would survive in this environment, keeping out kangaroos, etc. 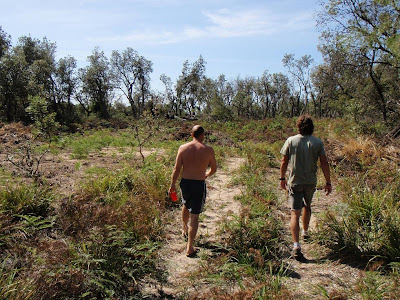 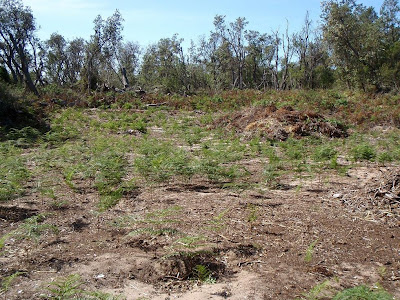 Since there are so many Americans showing up, Frank chose to mark his nationality at the community camper with an Australian flag. I think he fears that American volunteers are trying to take over the bush :) 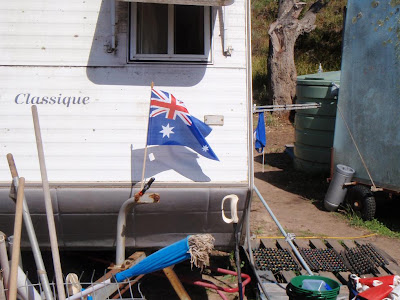 Just before the girls left yesterday, Karla and Stinky hung around the camp and made their goodbyes.