The Americans Are Comming!

This comming Wednesday Stevo, Daff, and Margs leave the camp. A 28 year old from America comes in, then on Friday his girlfriend shows up. Next Monday another American from N.C. arrives. Yes! The Americans are taking over the bush haha. A recession eh? Let's all migrate while we can. Yesterday was rather interesting. We did 6 hours of rendering and then the giant thunderheads moved in. Thunder could be heard roaring in the distance... thunder = lightning = fire. A half hour after the spawn of the thunderheads a giant cloud of smoke poured into the valley. Instantly Frank jumped on the phone to call the state fire authority and the farmers next store. I ran to the highest hill and kept an eye on the horizon for any plumes of smoke. The song 'All Along the Watchtower' came to mind. Thankfully the smoke we saw was not from a new fire caused by the lightning, but from a bushfire at least a 100 km away. On a further note, after one month of being in the bush I feel adapted. The house will be done in 3 months if we continue the momemtum of labour that's begun over the last few weeks. I reckon it's best for me to continue what I'm doing, stay in the bush, and work towards engineering a backcountry sustainable commune with an off-grid architecture studio and organic farm with Frank. He is the camp supervisor and resource allocator, and I am the camp chef, grunt, and fisherman... yet, my catch speaks otherwise. I've found myself being the middleman between the Aussie bushman and the international Wwoofers. Yesterday I dug through a wilderness survival book teaching myself knots and how to make rope with fabric, and later that evening Frank told me all about the ranger Australian country culture, right after I explained the Thai culture at the dinner table. So much wisdom and knowledge is floating through this bush. The greatest thing is that those thoughts and dreams are unfolding right before our eyes. The thunderheads... 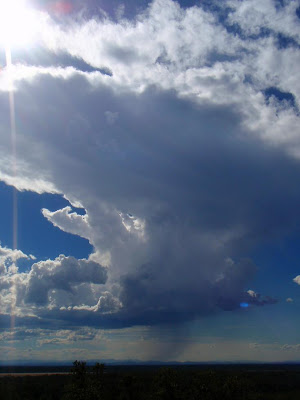 The haze from the bushfire NW if us, about a 100 km. It smelled good. 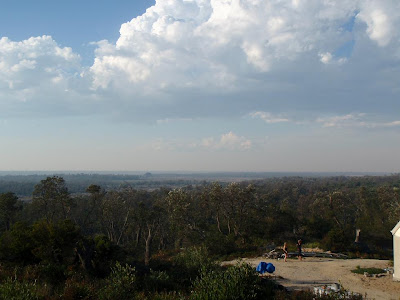 Condensation happening right above our heads. Bushfire smokes a CCN? 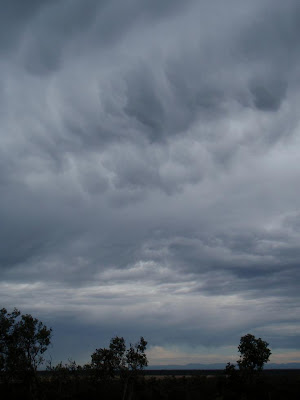 Cleaning the kitchen. Thank you Margo for the picture. 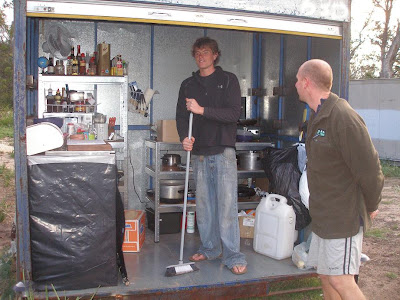 Stevo mowing the bush... or should I say the dirt. 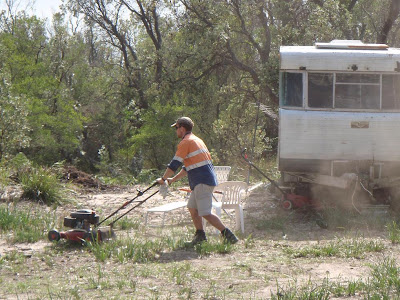