Each time I hike Observation Hill I try to go up a different way, and on todays climb I stumbled across a bone yard on the east side. 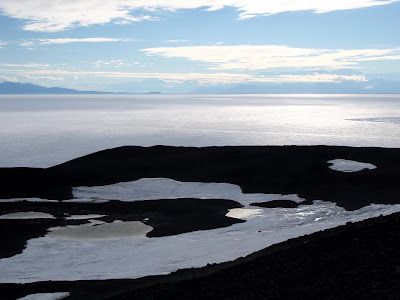 At the first site of bones I thought that a Skua must have brought some kind of meat from a leftover seal catch, ate it, and what was left... bones. Then I thought maybe these were the remains of historic explorers because last year a few hikes came across a human skeleton of an old McMurdo pioneer ontop Ob Hill. 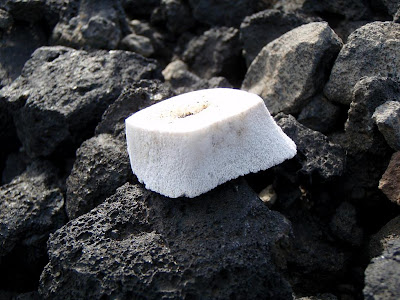 But then I came across more bones, lots more. They were very bleached from the sunshine and eroded by the wind. Old bones. Penguins colonies haven't existed near McMurdo for quite some time. I looked at the local topography of the landscape and saw that all the bones were nested in a bowl shaped valley... a great place for penguins to gather during winter to stay warm and cozy. 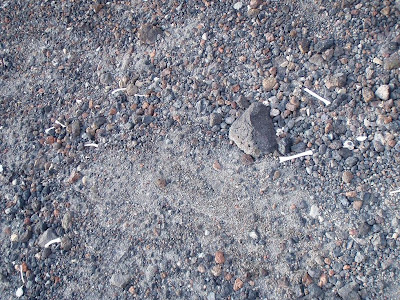 Due to the size, amount, age, and location of the bones I believe that I stumbled across a penguin graveyard. Do we have any biologists out there... are these penguin bones? :) 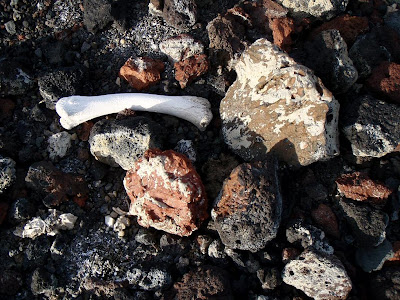 Further east I came to the shoreline, right at the spot where I took the pictures of the seals last week. As soon as I got there I saw a seal pull itself out of the water while another swam around the pool. Water... wait a minute, last week there was only a few small cracks... now there was a giant pool. Wind... it was very windy and I remember one scientists telling me that the ice moves in the McMurdo Sound only when there is a longterm sustained wind. It has been really windy for three days and its amazing how much the shore-ice changed in just one week. 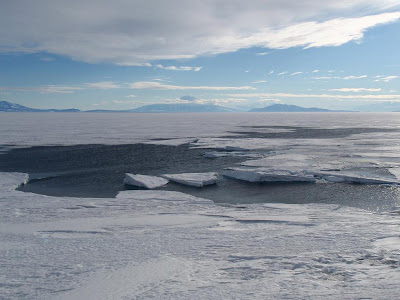 Ahh... chilling by the seaside with tiny waves was awesome. You could here the waves ripple and the ice crack as it slowly bobbed up and down next to the shore. The seal that recently climbed out from the underwater world sat next to the pool, flipping its flippers, rolling around and making funny yawning noises while the other just swam around, happy to have a big breathing hole. If it were just a little warmer I would have jumped in haha. Need more blubber. I think I'll wait until I get to Australia next month. 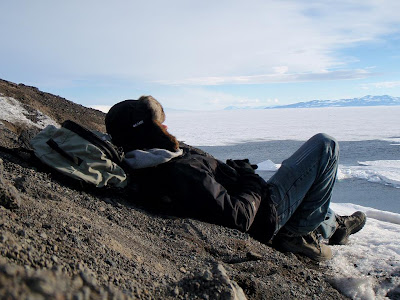