After nearly a month of gorgeous sunny weather we were hit with a snow storm that's still in progress, 12 hours after it started. The Summer Soltstice was two weeks ago, and now that the sun is making it's descent in the sky the opposition between cold and hot, night and day, low pressure and high pressure is being strengthened. Thus creating instable weather conditions = snow, high winds. 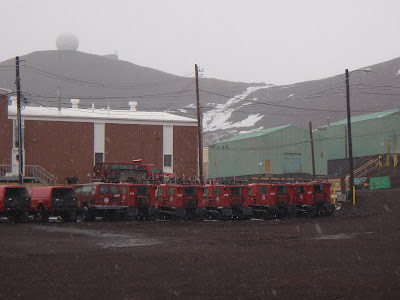 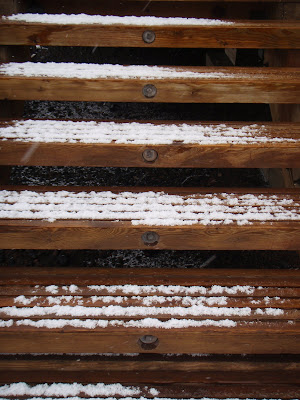 Here's the nail and screw pile I've made next to the NSF building. Metal scraps everywhere at McMurdo. 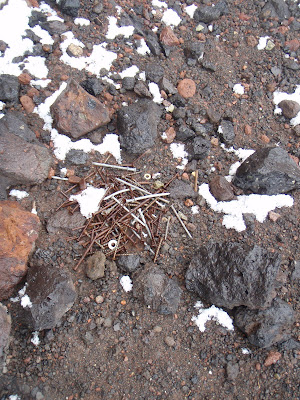 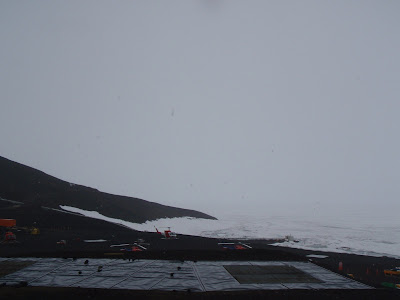 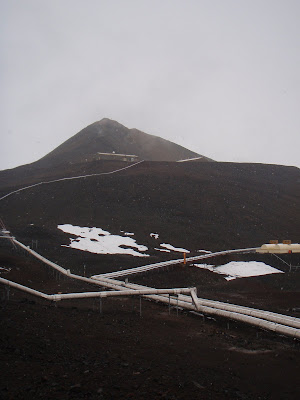 Over the last couple weeks there has been an increase in ice melt near the shore. 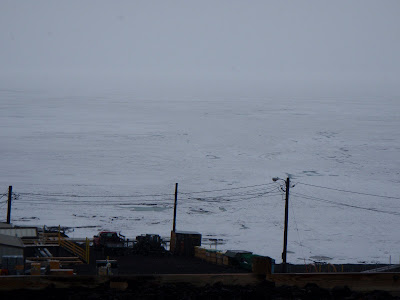 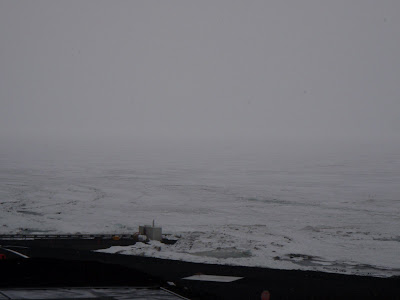 When I arrived in October the scenery was white. Come Decemember it was black, red, and brown with specs of white on the mountain tops. Now at the beginning of January it has briefly turned back to white. By February we should have a steady snow cover. 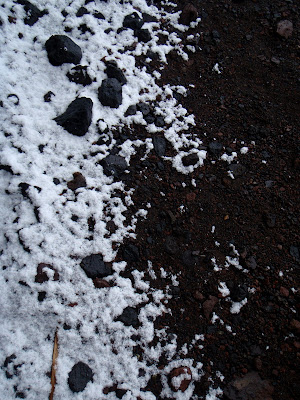