Well I Tried to See the ANITA Lift Off

Dr. Gorham and Chief Jennifer gave me clearance to go view the ANITA balloon lift off. It was scheduled to happen at 11 AM.. I got dressed, ran to the shuttle stop, and the boss came to get me saying it's been delayed until 3 PM. So at 2 PM I do it all over and get out to LDB. Upon arrival one of the supervisors guides me to the payload #2 station where the ANITA clan is working. They tell me that the chances are getting slimmer for lift off due a harddrive failure on the computer mainframe and wind speed increase. Note that the balloon below is not the big ANITA balloon, that was one of the few weather ballons that were being sent up regularly to check the wind. 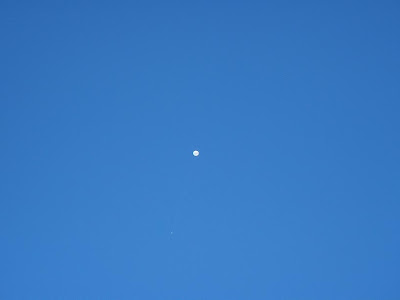 Thanks mom for the Santa hat, the folks say it brings in the holiday. It's pretty warm too. 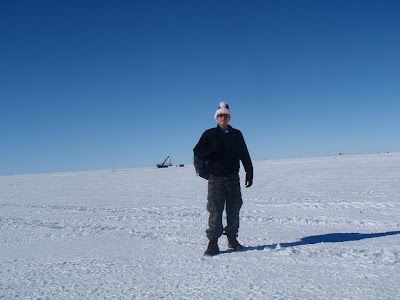 LDB is on lock-down, all visitors can view the lift off from the spectacular viewing area. 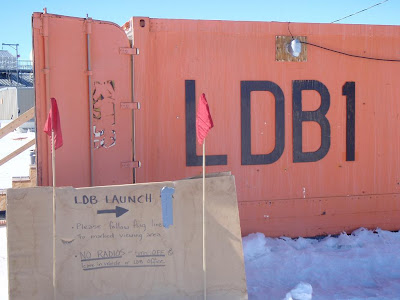 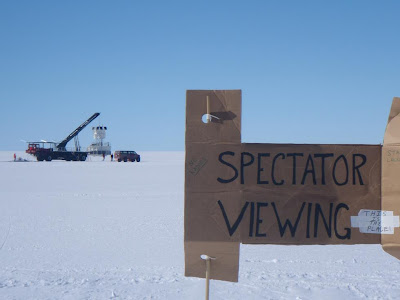 The backyard of the payload stations. 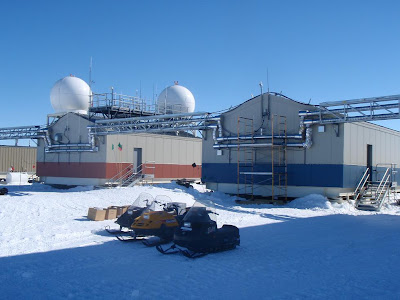 There were a few instruments lined up outside the ANITA payload station. The first machine was a mock 'neutrino' emitter... it sends out an vibration that the ANITA machine is supposed to pick up. The second was another audio device which you can see in the foreground. Behind that was the laptop station and remote viewing area for Dr. Gorham. They had been doing testing on ANITA all day long, things were good except for a harddrive bit the dust, so they replaced it. Other than that it's picking up all the signals that it needs too. 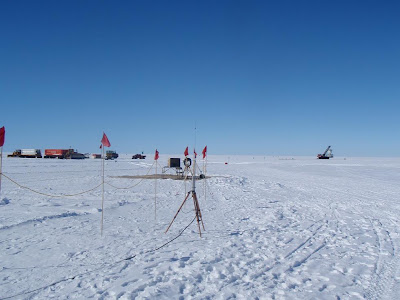 Here's Dr. checking out some of the readings. 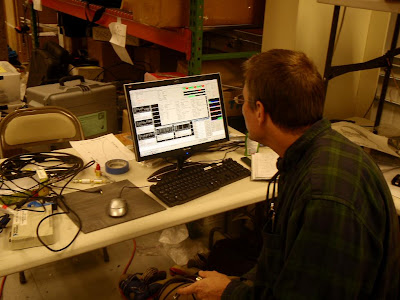 Here's another team member checking the output of the ANITA devices. 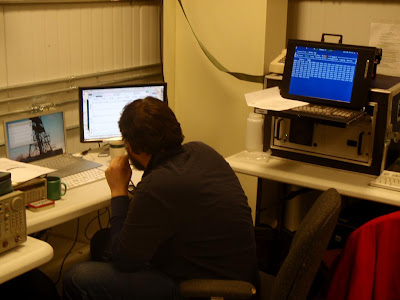 Although chaotic, clutter scattered disorderly amongst the place is in order through the eye of the maker ;) 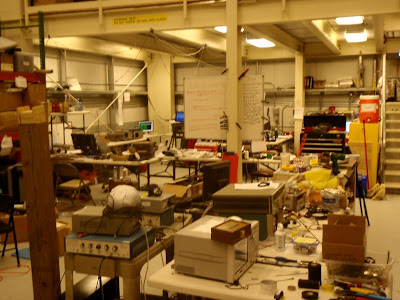 Uhoh, what I wasn't hoping to hear... the wind is picking up. One of the NASA leads came out and gave team ANITA the word to shut down and try again tomorrow. 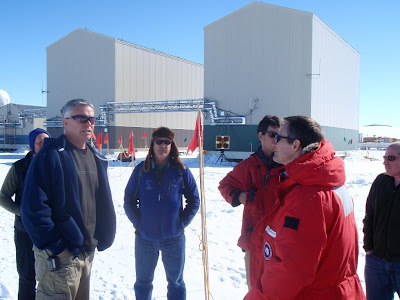 So they just put the big old computer back into the barn. 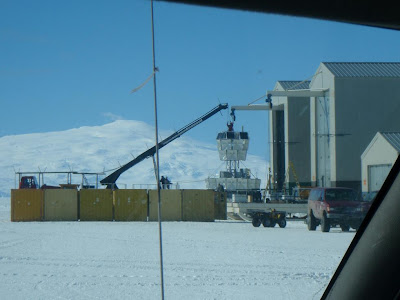 Here's a clip showing all the scientists and team members discussing the rescheduling of the lift off.

So, it's rescheduled to go off tomorrow. I won't be able to take time off work and view it, but my love is in the painting. No matter where you go, no matter what happens... I'm with you ANITA! Good luck Dr. Gorham, let's hear the Neutrino. Godspeed.