I got off work at 7:30, ran to the 155 lounge and spent an hour organizing a spanish club. Necesito practicar mas. Antonces este es mi night off and I decided to sit back and relax. A lot is comming ahead.

At least for the last month we've had amazing weather. Over the last week I've been running around in shorts and tank-top. One girl said she saw me running in my summer gear and she thought I was crazy. Huh? It's 45 deg F, to me it feels like 80. No snow, beautiful sunshine, warm... what more to ask for. Well, all that's about to change. The winter solstice has come and gone, and now the clouds are rolling in. The sun is making it's descent, creating light and dark, warm and cold; opposition. The transition to winter now begins.

I took this picture yesterday afternoon, the last time we had nearly 3 weeks of consecutive sunshine. Folks who have redeployed this year say this year has been much sunner and warm. Global warming? Scientists say that half of Antarctica is getting warmer, and the other half is getting colder (and more snow/ice, more safe penguin communities). McMurdo is located in the area that is supposed to be getting more colder. The ice hasn't budged this year, meaning it has been less windy than last year, but I think the higher temperatures and less cloud cover is quite noticeable given what returnies have said. 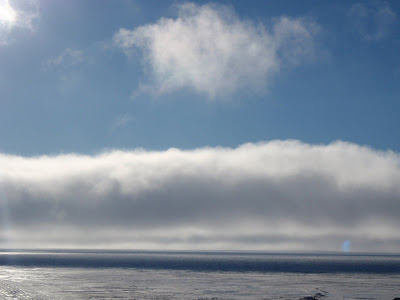 I took this yesterday night. I could see clouds comming in from the South and I smelled change in the air. Christmas has come and gone and violence has broken out in the Middle East in the Gaza Strip. Don't get me wrong, s*it happens, but the way humanity is acting is rather rash. 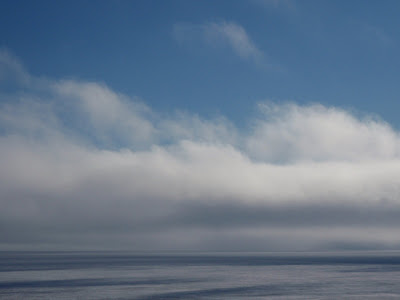 All day today there has been a steady and dark cloud cover (stratus?). And the Raven's words have been running through my head. Right now we stand at a time of transition. Age of Aquarius, maybe. Different ancient beliefs, calendars, and prophecies point to different events, but are of the same reality... change. President Barack Obama spoke loud and clear about change... but what is this change? We can see disharmony between human & human, human & nature. Nations fight nations, people pollute the water, land, and sky. Where does this imbalance lead? 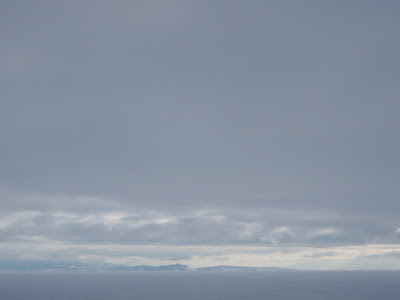 If we cannot acquire peace within our race, then how can we do so with other species? other elements? other forces? Our actions mirror or intentions, and at one point we must look in the mirror ask ourselves, what is my intention in this life? Individuals reside within their goverments and within their unique environments, both of which must be respected and conserved. But, on a larger stance, Individuals also live on Earth, with the rest of every other animal, rock, tree, and human. Our priorities in life and governance must stem from our root, the Essence of Earth. If we cannot establish harmony between a farmer and his/her land then we surely cannot establish unity between a farmer and his neighbor. People are finding their aquifers dry, wells dry, food is becomming scarce, fuel is becomming scarce... we've stepped out of the Garden of Eden, that's for sure, in fact I think we've gone too far, the question is... can we step back in? The consequences of our actions will answer this. 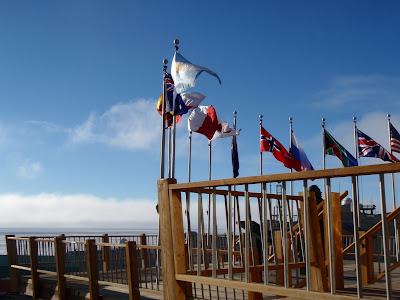