During my two day x-mas break I surfed the pressure ridges. Pressure ridges are ridges in the ice that are caused be the pressure exerted by underice tidal movement and the hundreds of miles of ice that push against the near-shoreline pack ice. The ice that appears in the McMurdo sound is permanent (permanent icesheet) because there has been no long-term strong wind to blow the pack ice out to sea. In the past, i.e. last year, open sea gaps or holes have occured in the ice sheet due to frequent strong winds. This year the ice isn't budging. 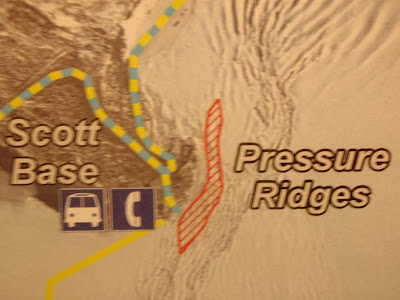 So team, here we go. 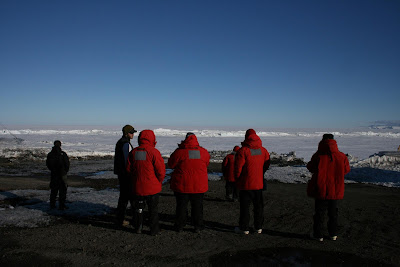 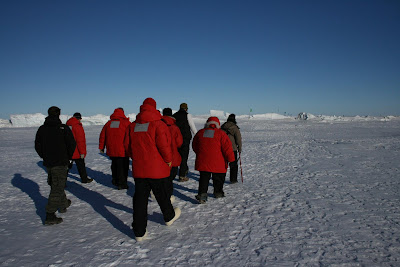 Sgt. Jean decided to dig for some gold. 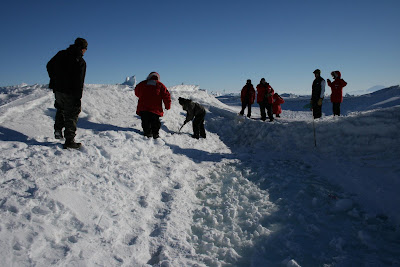 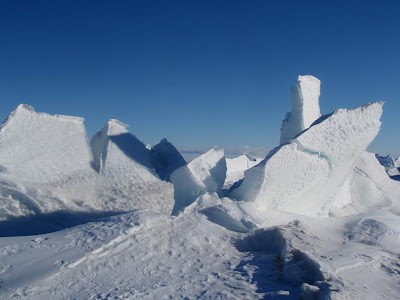 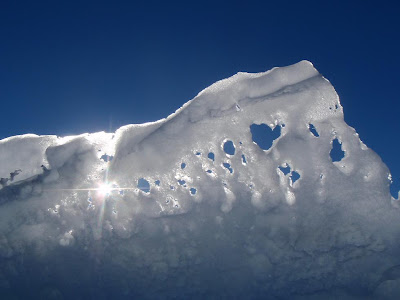 These are not hills of dirt coverd with snow and ice, these are waves. Think of the pressure ridges as tidal waves crashing against the shore in very slow motion. Ice = slow movement. Water = regular fluid motion. Gas = fast movement. Plasma = supersonic :) 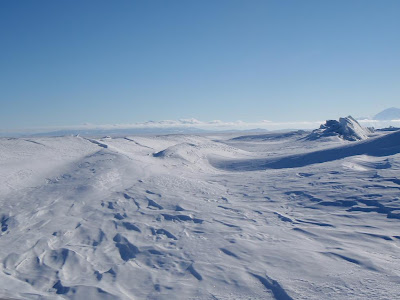 I didn't have a snowboard, surfboard, or trick skis... so I just sat my butt down on the ice and surfed the wave. If I waited there for a week or so I'd move probably about a foot closer to shore and rise a foot higher. 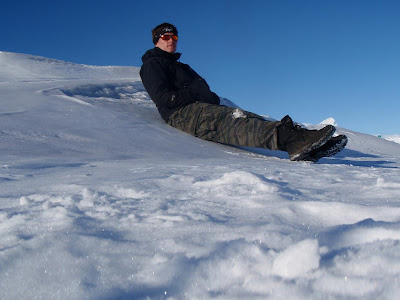 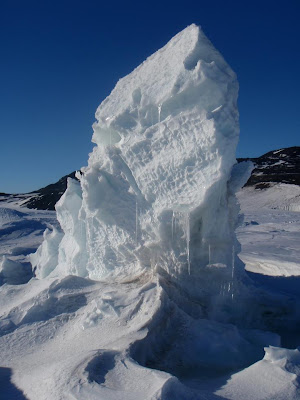 Two hours was up... the Kiwis said it was time to get off their turf and get back to America's MacTown. 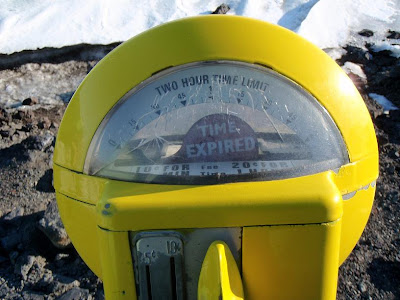