I've heard of two popular backcountry camps for researchers, WAIS and AGAP. Researchers are flown into the tent camps via twin otter planes and spend several weeks in the field gathering data.


"The main science objectives of the WAIS Divide project are the following:


1.Develop the most detailed record of greenhouse gases possible for the last 100,000 years
2.Determine if the climate changes that occurred during the last 100,000 years were initiated by 3.changes in the northern or southern hemisphere
4. Investigate the past and future stability of the West Antarctic Ice Sheet
5. Investigate the biology of deep ice" (WAIS Divide Ice Core, WWW) 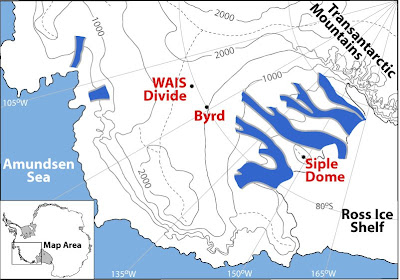 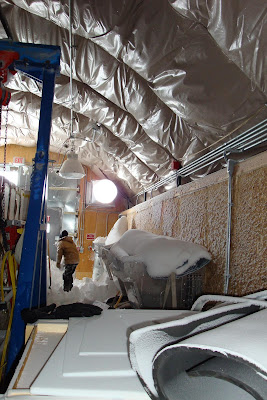 There are a few buildings at the LDB that were burried over winter. Most of the buildings that have been swallowed by the snow at LDB have not been dug up, reason being is that it's too costly and time consuming. Igloos a better option? 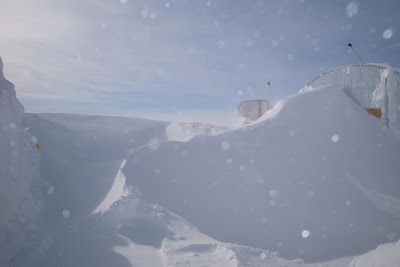 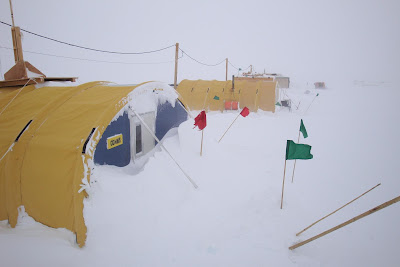 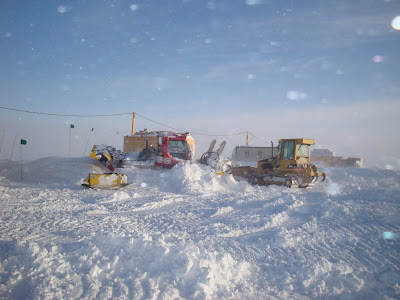 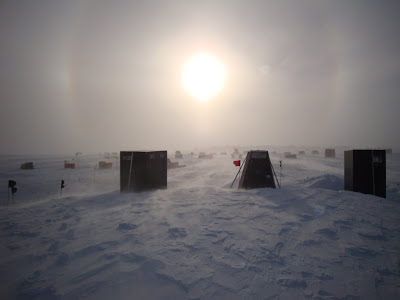