It says north.. but it's not really pointing north. In fact the north part of the needle points downwards... defying the 2-D limitations of the compass. The magnetic south dip pole, where the compass needle points, is north of us if going by any coordinate system. From the viewpoint of the grid system, the magnetic north and magnetic south pole are north of us. Makes no sense, but that's okay, it's the magnetics that matters right air pilots? 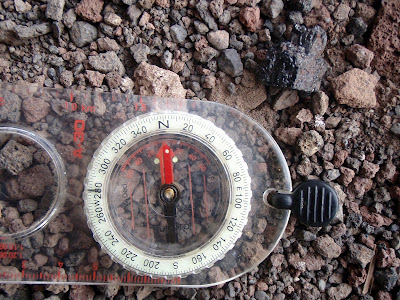 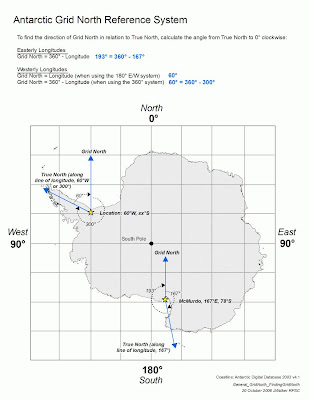 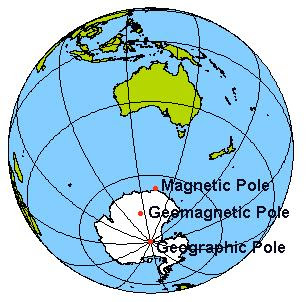 Source: Australian Antarctic Division. Australian Government. Accessed Dec. 10 2008. http://www.aad.gov.au/default.asp?casid=1843
At the center of the auroral ring is the geomagnetic pole. Energy from the sun and cosmos is funneled into radiation belts and produces ionization of high energy particles far up the atmosphere. One byproduct of the ionization are beautiful auroras. 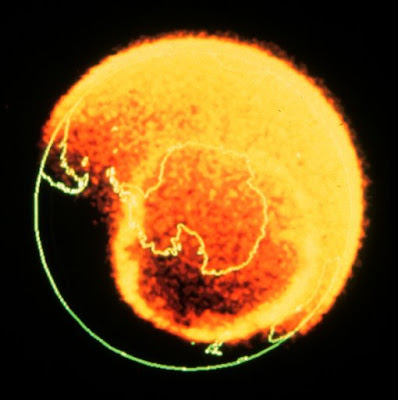 Source: Beyond Penguins and Polar Bears. An Online Magazine for K-5 Teachers. Accessed Dec. 10 2008. http://beyondpenguins.nsdl.org/issue/column.php?date=May2008&departmentid=field&columnid=field!researcher
So kids the south pole is actually the north pole, according to magnetics, and magnetics (electromagnetism) is everything. The only reason why we call the north pole the north pole is because Western societies rely upon coordinate systems, which are purely imaginary. There are many different coordinate systems (GIS) and you could actually make up your own coordinate system. What matters beneath the Maya are the magnetic centers, the points of cosmic reception (haudenosaunee - wind vortex that connects our world with sky world?) that subtly influence life. 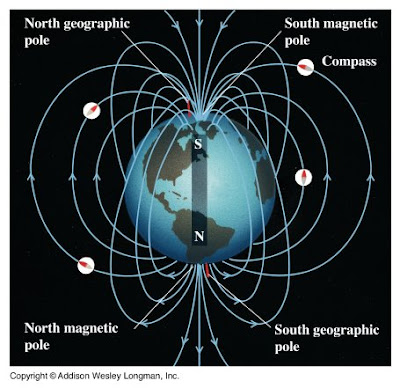 Source: Physics 51 - Electricity and Magnetisms. San Jose State University. Accessed Dec. 10 2008. http://www.physics.sjsu.edu/becker/physics51/mag_field.htm
I spent several nights in the kitchen at Camargo talking with Zen Chef about the poles flipping. Is it possible? Has it happened before? What are it's effects? When you move your train of thought away from the grid systems and focus on the energy, you'll see that the 'poles of concern' do flip, are flipping, and will have effect on Earth's climatic (?) and magnetic state. 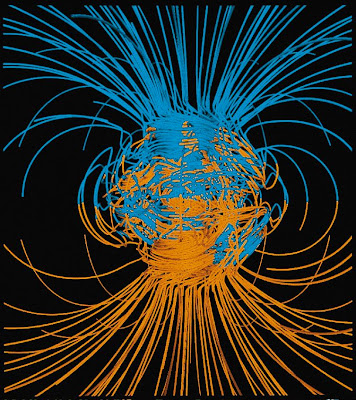 Here is the movement of the magnetic south pole (green) over the last 100 years. 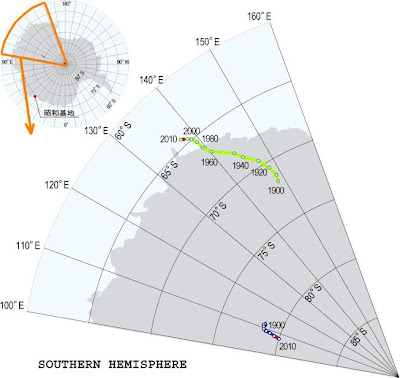 Source: Geomagnetic South Pole, year 2006 IGRF model. Google Earth Community. Accessed Dec. 10 2008. http://swdcwww.kugi.kyoto-u.ac.jp/poles/figs/pole_ss.gif
So once the energy is channeled through the radiation belts, through the atmosphere and into the pole center, where does it go then? Does it ever reach the Earth's center? Does it have an effect on Earth's center processess? 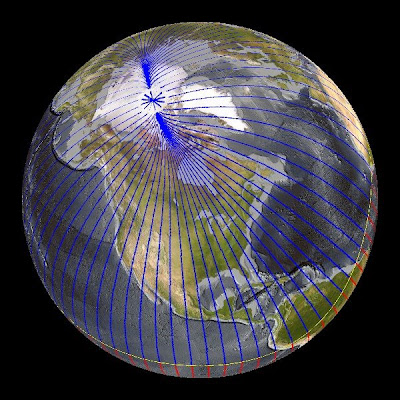