Yah so what's with all this ice? This photo is looking down on the permanent ice sheet in the McMurdo Sound, bordering Hut Point where McMurdo station lies. The water that formed the ice sheet comes from the ocean, but after a while the ice becomes almost salt free. The dense saline waters keep to the mouth of the McMurdo Sound. I ate a piece of ice just to see, and yup I didn't taste any salt. 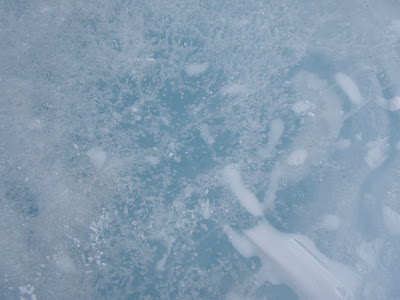 The Mt. Erebus glacier tongue is home to many crevasses and caves. Every year new caves pop up and every year some disappear. This is the first year Recreation has done ice caves since 2001. Our guide said that the cave we toured today is more than likely to be closed later on in the season because the foundation of the ice wall (to the right of me in the picture below) is becomming weaker as the summer temperatures rise and force more movement of ice (i.e. the ice wall) bordering the McMurdo sound into the permanent ice sheet. In other words, the ice wall will eventually give way, fall, and add to the ice sheet mass. 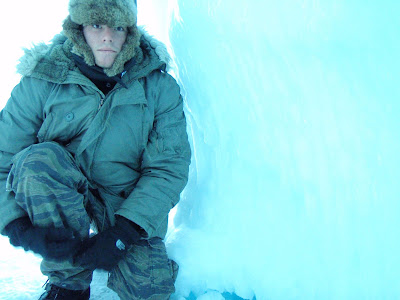 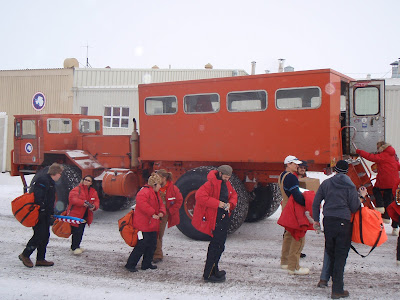 After an hour of cruising across the ice sheet at 25 mph the Delta came to a stop and it was time to depart. 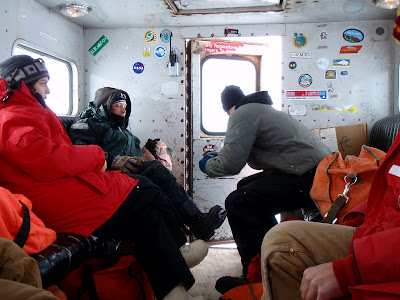 Here is the main intrance to the cave. 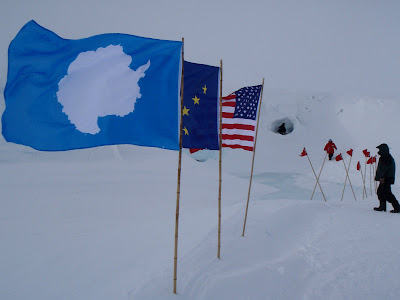 To get inside the cave you must slide down a 20 feet slippery shaft. 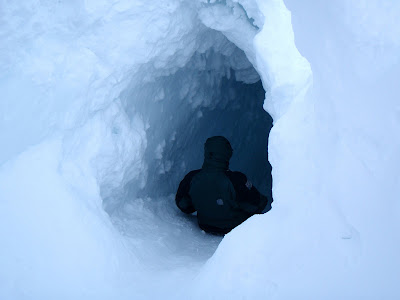 Once beyond the entrance, everything is blue. This is the true colour of the interior of the cave. The ice is blue because the red/yellow wavelengths from the full spectrum of light comming from the sun is not refracted more than a meter inside the ice. The blue wavelength has enough energy to penetrate deep inside the ice and scatter. Red has the slowest wavelength and is quickly absorbed by the dense ice. Without the red/yellow wavelength available in the ice environment, the human eye reads the aura of the ice as blue. It all has to do with the electromagnetic spectrum and the relative energy of each wavelength of photons. 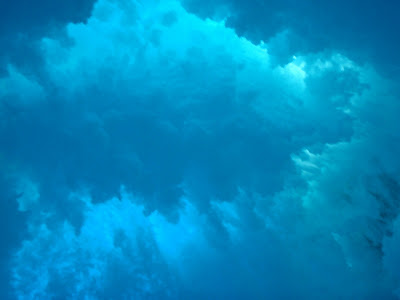 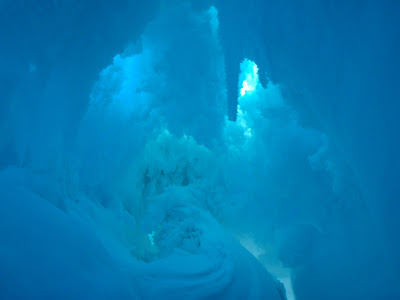 There has been some melt near the cave entrance as seen in the smoothed nodes on the ice wall. 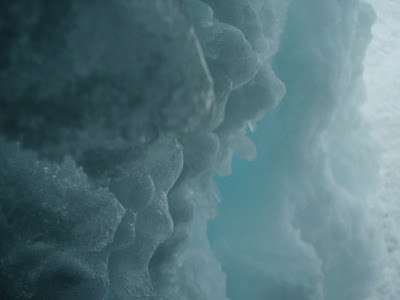 We leave the cave and head back to McMurdo, but before we get back to homebase we stop on the ice sheet to take a picture of our home. 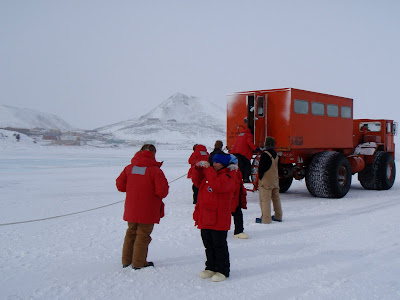 Here is McMurdo from a distance. 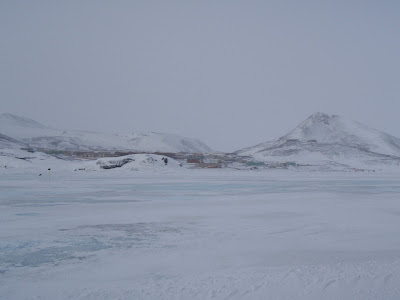