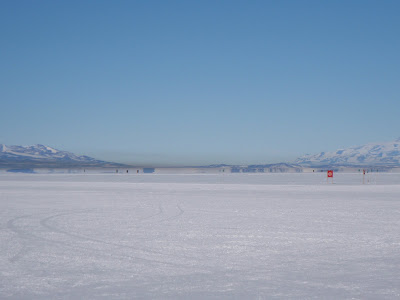 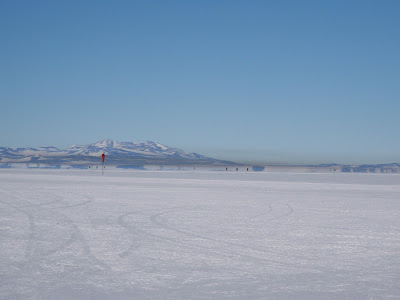 Everytime a c-17 or c-130 takes off from the Willy field you can see a giant (~2+ mile) cloud of black smoke lingering near the snow surface. The air near the surface doesn't mix much because the white snow surface is nearly just as cold (same temp.) as the air right above it (e.g. stable conditions).. thus the black smoke just stays there for an hour or so, probably adding a sprinkle of black carbon to the white snow surface. Click on the top picture to zoom in and you can see a mirage between the base of the smoke cloud and the surface. Alright... so what effect is this black cloud having on the albedo of the parcel of air right above the runway surface? Do you think this would create more warming of the surface, i.e. snowmelt? Today I saw 4 planes land, and 3 take off within a 4 hour period.... the black cloud just stayed there... it would be interesting to calculate how many planes traverse Antarctica and the impact the plane exhaust has on local climate change.
by Cody
Newer Post Older Post Home
codyleemeyer@gmail.com