The Last Warmth and Thai Supper.

This morning I met the winter kitchen supervisor who just got back from McMurdo and she told us that there is going to be many times that we will run out of core ingredients, thus have to substitute. She said they will give you a recipe and you might have half the ingredients, what you don't have you fill in with whatever comes to mind. It's nice that we will get to be creative. We were also told that the giant food budget (2.2 million annually for all USAP projects) was slashed in half, meaning we're going to have half of the stock brought in. But, there are plenty of petrified and frostbitten ingredients that have been sitting in the freezer and pantry for quite some time. We will have plenty of things to play with. 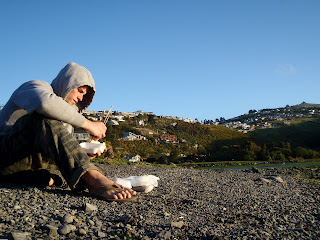 Who knows when I will be able to eat pad thai, sticky rice and spring rolls again... so after a nice 6 hour hike down Sumner beach I ordered myself some Thai food. Bowed to the Chef saying "khob khun, sawatidee khrab" then hiked a mile up the beach, sat down next to the ocean and ate my food with two sticks I found in the brush. It was about 50 degrees on the beach, the warmest I'll have for 5 months. It takes ~21 days to climatize; just 4 days ago I was living in 85 degrees (record heat temp. for Oct. in Cincy), Denver was 65 degrees, New Zealand has been in the 50s and tomorrow it will be -5 on the ice. 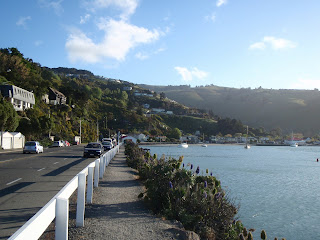 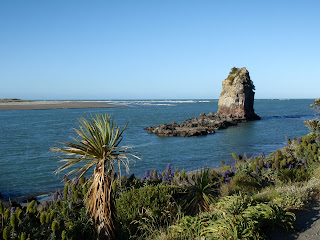