When I'm not thinking about food, I'm thinking about science, cosmic evolution and rock n' roll. Let's see today for Sunday Brunch Buffet we had... sliced pineapple, honeydew melon, watermelon, strawberries, eggs, ham, bacon, biscuits n' gravy, cinnamon rolls, maple-walnut rolls, pastries... and tonight we're having grilled steak, all you can eat... everyday... oh ya I'm supposed to talk about the other stuff. So, Sunday I am off work and decided to hit up the Crary Lab Tour, which is the main science lab facility here at McMurdo. Below is Mr. Crary, probably freezing his butt off drilling a hole in the ice. 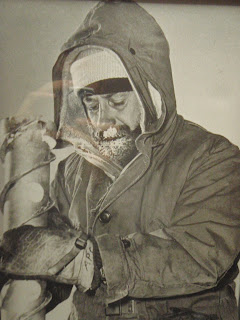 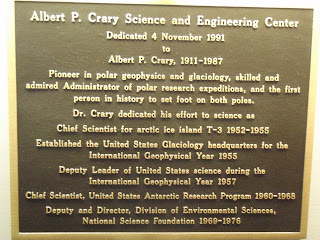 There are many departments in the building dealing with fields like glaciology, climatology, meteorology, archaeology, marine biology, seismology, etc. This guy was in the spectroscopy room checking out a rock under his microscope. 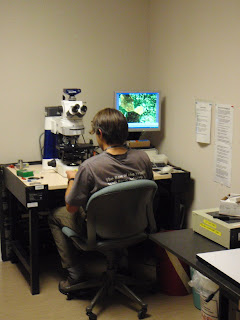 Scientific data is obtained from the fields with equipment stored in the Crary building and analyzed in specific labs rooms. Some of the field data is broken down, put into layman's terms and then disseminated right in the station. This teacher was doing a digital classroom broadcast via satellite with something in regards to biology. 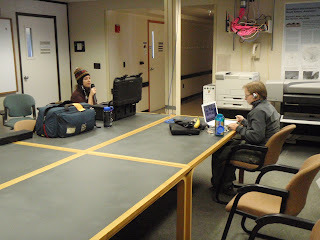 Below is a list of the science projects going on right now. Word on the Ice has it that there are going to be fewer research projects than last year due to lack of funding and project time schedules. Last summer was the International Polar Year at the Pole, in which lots of researchers were active in the fields, after a year of fieldwork, many take a year of downtime to analyze the data. This is a skip year. 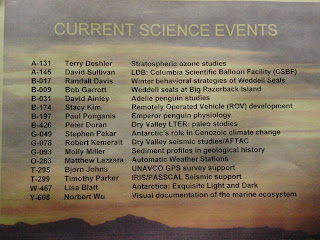 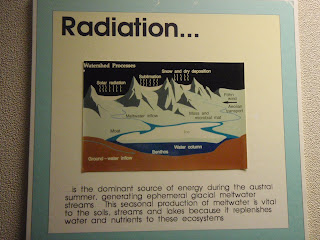 This chart shows the increase in atmospheric CO2 over the last few decades. The data was obtained from four logging sites in Antarctic, Alaska, and Hawaii. What's this mean? Well it means that there is more CO2, a greenhouse gas (GHG), in the atmosphere and this helps warm up the troposphere, or lower atmosphere (<~11 km m.a.s.l.) by trapping into longwave radiation. The CO2 increase is byproduct off fossil fuel use (i.e. increase in plane, train, and automobile use), because vegetation surface cover is decreasing and the oceans are warming up there is less carbon sequestration. With less carbon sequestration the CO2 in the air has a harder time going into the oceans or into the ground, thus stays in the atmosphere. A simple way to put it... we are sucking up the guts of ancient decayed trees and cremating them, and what's the karma of this act? 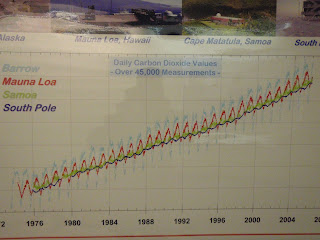 Last year I did a few reports on cosmic rays and climate change at Trent University and I remember using some data from the AMANDA science project at the South Pole. AMANDA is a multi-university partnership that is using neutrino dectors below the ice to study the rate and magnitude of neutrinos streaming through the Earth. Below is a diagram of the neutrinos path. My thoughts are that the sun and cosmic rays are the primary cause to climate change. I mean we already know this (i.e. sun rays --> plant --> CO2 emitted --> greenhouse effect --> warming), but I think there is a world of quantam activities that we are currently ignorant of. For instance, it's been shown that ionization by cosmic rays taking place in the troposphere has been shown to assist low cloud cover development because the free electrons act as cloud condensation nuclei (CCN). In other words, these little neutrinos may in fact be the cause of thick low cloud development, low clouds act as a shadow and actually cool the Earth. Less sun activity = more cosmic rays = more low clouds = cooling. More sun activity = less cosmic rays = less low clouds = warming. 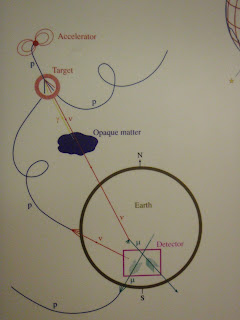 Just think, some of the ice is over 4000 meters thick. Imagine how old it is too. My question today was, are there any creatures hanging around those geothermal vents? Since deep ice drilling hasn't been feasible until the last few years little research has been done to check out the vents. But, the tour dude said more research will be on it's way in the next few years. 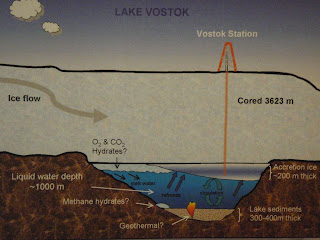 We're hopefully going to get to the bottom of the ice this or next year. 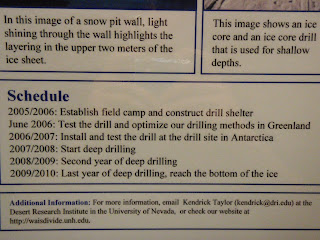 This is the marine biology lab, which contains a lot of open water fish tanks. The water is about 2-5 deg C. 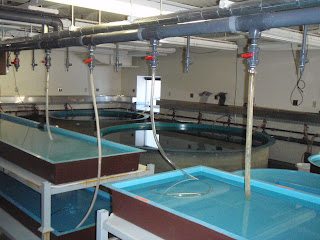 Nemos south pole cousin, Freezo. Freezo has anti-freeze proteins in his/her blood so that it can swim in the very cold water. That would be totally cool to have. 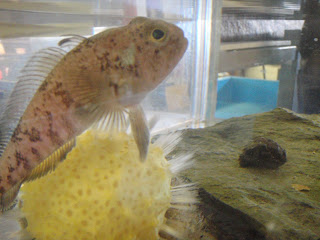 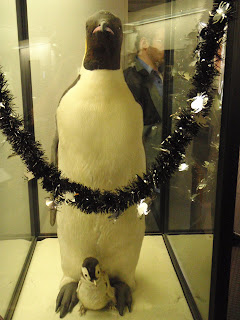 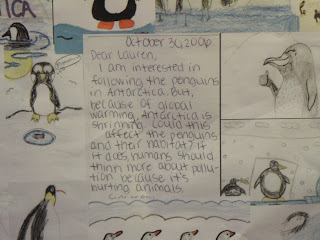 Save the Whales, Save the Penguins, and I hope they save some of those Maple-Walnut sticky buns from breakfast. 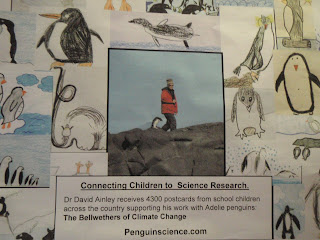 Give scientists a free drawing board and look what you get. Wwwwayyyy to much time on the Ice. 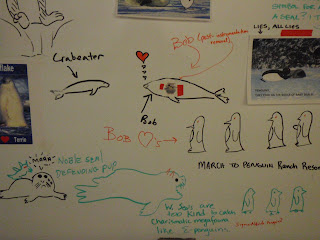 Picture of one of the dino species that used to roam this land. I hear that later on in the summer season when the snow/ice cover is gone at McMurdo you will sometimes stumble across dino bones while hiking. So, this place always hasn't been icey, at one point in time there was plants and animals. With climbing melting rates and the number of invasive species that have been brought over just in the last decade (darn interns chia pet!) life may once again flourish here. 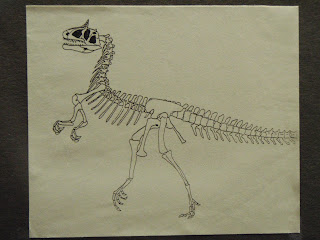 Since we're kind of on the topic about animals... I need a wolf dog here for two reasons: as a companion and to eat all the scraps the kitchen folk throw away. 400,000 lbs. of food waste are generated each year at McMurdo. Back in the day they used to have dogs pull the sleds, but machinery has now replaced their physical labour. I say we regress a bit, just a wee bit, and replace some of those fossil fuel burning vehicles with ice dogs... who in turn consume our waste and provide us with something more to hang with in this near-lifeless terrain. 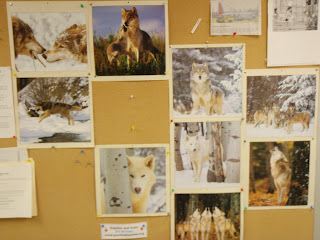